The first of nine examples of the new Lamborghini Veneno Roadster supercar was unveiled in Abu Dhabi’s Mina Zayed port on Dec. 2.

For this reason, the public debut of the new 4.5 million USD Lamborghini took place on a quite unusual place: the deck of the Italian aicraft carrier Cavour that left Taranto on Nov. 12 on a scheduled cruise, whose main purpose is to promote the “made-in-Italy” technologies in the Gulf region and in Africa.

Some cool images of the Veneno Roadster next to the Italian Navy‘s AV-8B+ Harrier were released by Lamborghini. 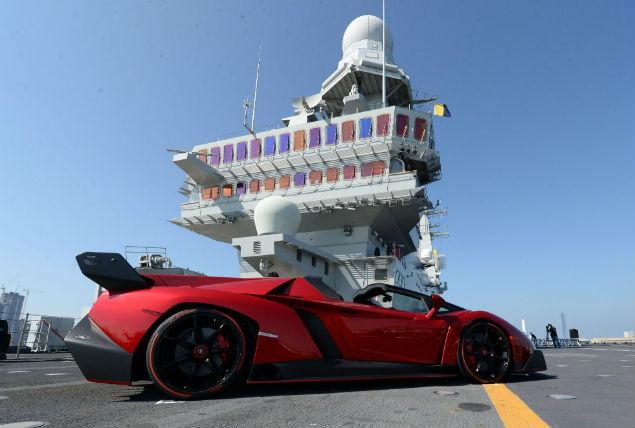 This interesting infographic details the main ships which form a typical U.S. Navy Carrier Strike Group (CSG). A CSG can fulfill a wide variety of tasks such as projecting power, deterring crisis, promoting regional partnerships and […]

An interesting image of Camp Bastion eerily still as a sandstorm approaches one of the main strategic bases in Afghanistan. As already explained, sandstorms move extremely fast and can completely darken large areas in a […]