About 90 airplanes and nine helicopters, and more than 2,000 Brazilian and foreign military personnel are currently taking part to Cruzex 2013, South America’s largest military exercise this year.

Hosted by the airbases of Natal and Recife, in the north of Brazil, the international drills organized by the Brazilian Air Force (FAB) is attended by the air forces of Canada, Chile, Colombia, Ecuador, United States, Uruguay and Venezuela. It could have been even larger if Argentina would not drop out at last moment. 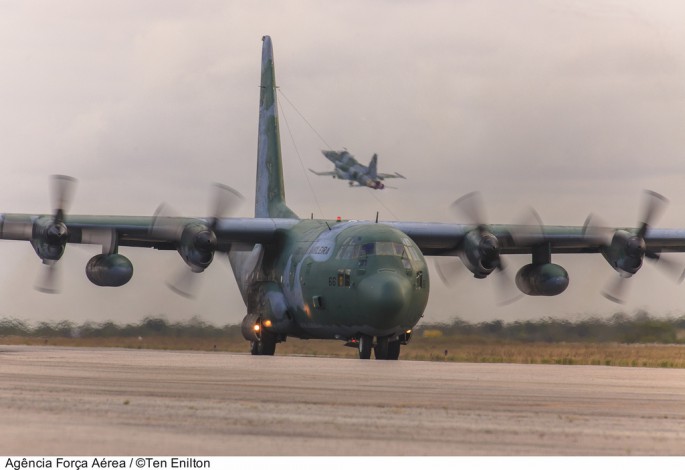 Cruzex will last till Nov. 15, providing an opportunity for the participating air forces to train in modern war scenario.

A distinctive feature of Cruzex drills is the media flight arranged by FAB to give photographers the opportunity to shoot a large formation made of several aircraft types taking part in the exercise from the cargo door of a C-130. 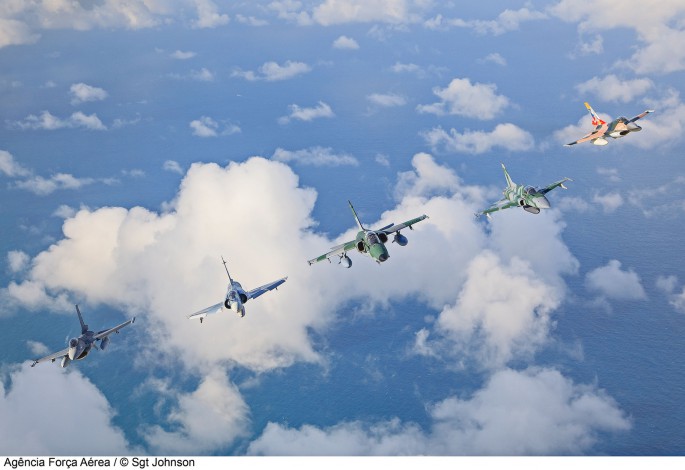 Last year I published the pictures taken at Decimomannu airbase during Starex exercise, of the kill markings on two MB.339CDs clearly showing the silhouettes of three (2+1) F-2000 Typhoons (virtually) shot down during training engagements […]