On June 11. 2013, Turkish Police fired bullets at a radiocontrolled flying camera helicopter during the protests in Taksim square, Istanbul. 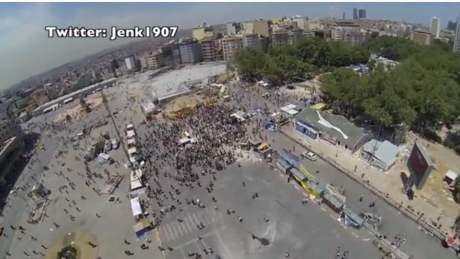 The drone was recording the stunning video you can see in this video before being hit.

According to the author, both the camera and the helicopter were destroyed after the rc aircraft crashed into the ground.

H/T to Matt Fanning for the heads-up

As explained in the previous post that included footage recorded by the drone, on June 11. 2013, Turkish Police fired bullets and eventually downed a radiocontrolled flying camera quadcopter during the protests in Taksim square, […]