As explained in the previous post that included footage recorded by the drone, on June 11. 2013, Turkish Police fired bullets and eventually downed a radiocontrolled flying camera quadcopter during the protests in Taksim square, Istanbul. 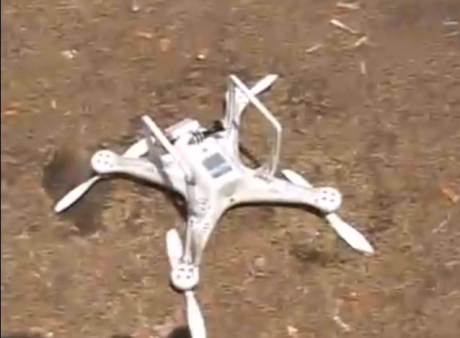 Here’s the video, taken from the ground of the small, low flying drone being hit by the police plastic bullets.

Infected US drones: rather embarrassing but (probably) no big deal

Even though the news that a computer virus has infected US Predator and Reaper drones, logging pilots’ keystroke during their missions over Afghanistan, Libya and other warzones (Yemen?), spread like fire thanks to the exclusive article […]

China Has Emerged as a Preeminent Global Strategic Super Power: What Does It Mean? During the past five years China’s defense programs have not accelerated, they have increased by multiples into segments the Chinese had […]