We have already seen several MITO (Minimum Interval Take Off) procedures of the B-52 Stratofortress bombers from Minot Air Force Base, North Dakota, or Barksdale AFB, Louisiana.

Here’s another one, showing a mass launch of B-52 departing in the thick fog for a training mission. 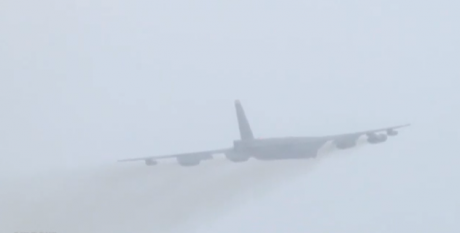 New open source tools complement ADS-B and allow you to spot military activities (including close encounters) all around the world. We have been researching ADS-B as a tool to carry out OSINT (Open Sources INTelligence) […]