If not stealthy, at least it is capable to fly.

The following video proves the “Hamaseh”, the “reconnaissance and combat drone” displayed on May 9 during a ceremony attended by Iranian Defense Minister Brigadier General Ahmad Vahidi, has already conducted flying testing.

Although it can fly, something that was never doubted, and painted in a less fashionable manner, it remains unstealthy. 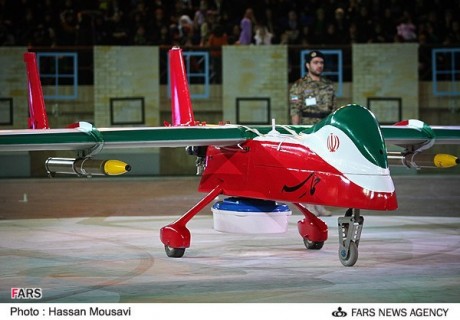 It's better to replenish the stock before going to war with Iran (or Syria). U.S Air Force Orders 5,000 JDAM bomb kits.

Along with the update of the GBU-57A/B bomb just financed by the Congress, the U.S. Air Force will  get additional JDAM (Joint Direct Attack Munition) kits to replenish its stock. The most recent one, worth […]

It is no secret that the sanctions held against Iran are crippling the influx of military equipment forcing Iran to make its own aircraft to replace ageing U.S. types as the F-4 and the F-14 […]