The aircraft broadcast  messages both English and Arab language  inviting sailors and naval officers of a Libyan ship to leave the vessel and return to their families, that were often intercepted by radio hams from all around the world and published almost everywhere, from Audioboo to Youtube.

The EC-130J is a particular version of the EC-130 flying with the Pennsylvania Air National Guard that is used for PSYchological OPerationS (PSYOPS) and is capable of broadcasting TV and radio messages on all bands.

Images taken inside the Commando Solo are quite rare.

However, the U.S. Air Force has recently published some interesting photographs taken aboard an EC-130J involved in Exercise Emerald Warrior 2013, at Hurlburt Field, Fla., May 1. 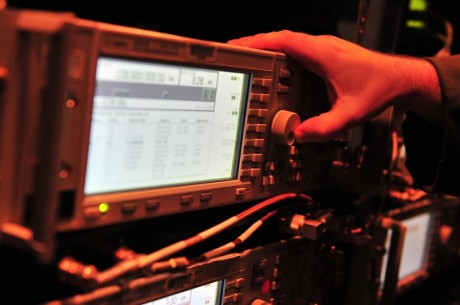 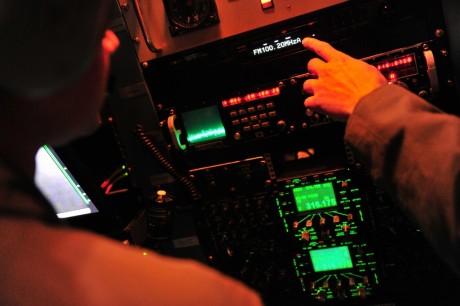 Some displays show the frequencies used to broadcast messages. 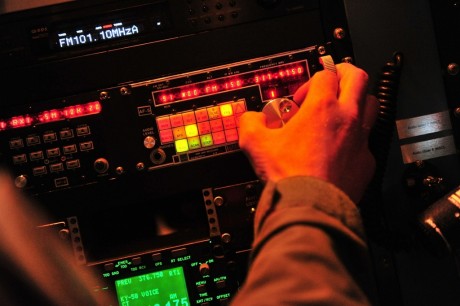 The primary purpose of Emerald Warrior is to exercise special operations components in urban and irregular warfare settings to support combatant commanders. 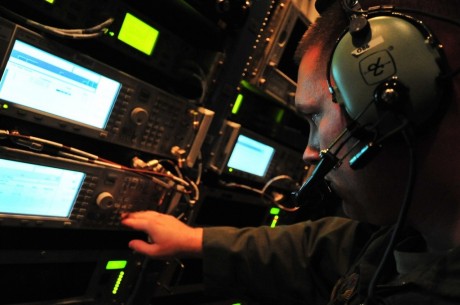 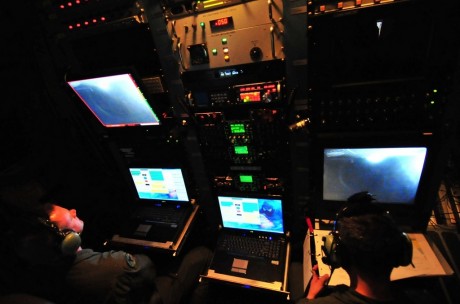 U.S. B-1, B-52 bombers acted as non-traditional ISR platforms during a big drug-interdiction operation

For one week U.S. Air Force’s Southern Command undertook a surge of its operations against the trafficking of illicit drugs into the United States, using bombers flying as NTISR (non-traditional intelligence surveillance reconnaissance) aircraft. U.S. […]

The U.S. Air Force’s 3rd Wing at Joint Base Elmendorf-Richardson, Alaska, has conceived a new rapid deployment concept that allows to deploy a package of F-22s and supporting logistics to any forward operating base and […]

In photos: B-1B bomber refueled on its way to Syria air strike