As reported by The Dew Line, Flightglobal’s Greg Waldron has found some interesting pictures showing China’s new carrier, the former Soviet vessel, Varyag with a Flanker copy on board.

The most interesting photo, that can be found with a  quick search of the Chinese Internet, is that of what appears to be a modified Shenyang J-15 which is a copy of the Russian Su-33 carrier variant of the Flanker. 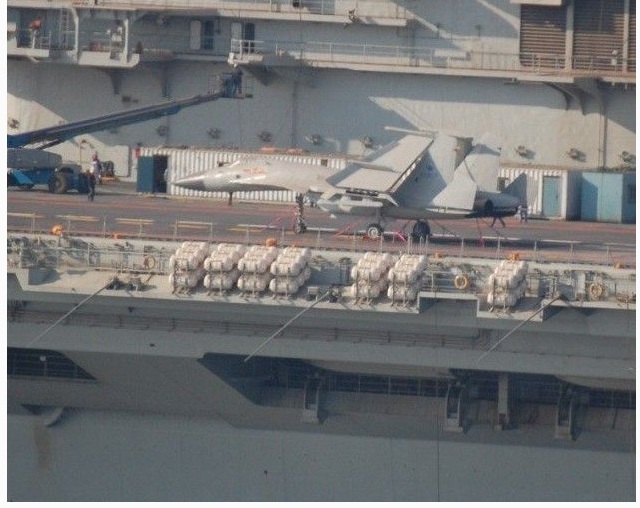 FG’s Dave Majumdar points out that the forward fuselage is shorter and fatter, and also the cockpit canopy and the area behind have been modified from earlier known versions of the Chinese J-15 combat plane with what looks like a raised spine.

He speculates that it could be a test aircraft running a new radar or simply a deck handling mock-up.

Indeed, a further search finds evidence that the photos were taken in March 2012 when full size replicas of the J-15 fighter jet and Z-8 helicopter (most probably used for training purposes) were spotted on board the Varyag for the first time. 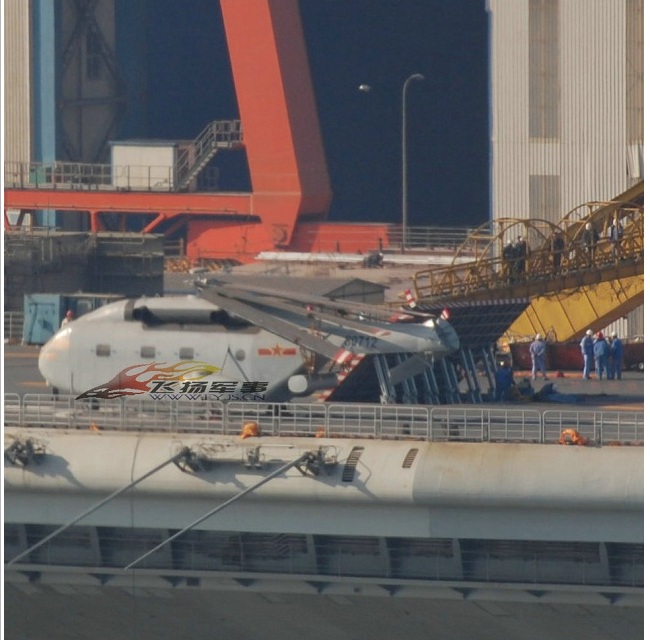 As the following images show, the Chengdu J-20 Mighty Dragon flew the Jul. 2 test sortie with main weapon bay doors opened. This was the first time China’s stealth fighter opened the bay that will […]

Alleged Chinese ABM Test Coincides with North Korean Ballistic Missile Test. A commercial pilot flying a Cargolux 747 from Hong Kong to Baku has shot photos of what is believed to be a secret Chinese […]