An article written by journalist David Axe for The Diplomat quoted Brigadier General Neil Tolley, commander of special forces South Korea, as saying that American and South Korean troops have been parachuting into North Korea for “Special reconnaissance” missions, on  a panel featuring theater Special Operations Forces commanders at the SOFIC conference in Florida.

Axe had attended the press conference in Florida and quoted Brigadier General Tolly as saying  that North Korea has built thousands of tunnels since the Korean war and “The entire tunnel infrastructure is hidden from our satellites, so we send [Republic of Korea] soldiers and U.S. soldiers to the North to do special reconnaissance.”

Main stream media outlets across the world picked up on the story as the enormity of what Tolley had disclosed started to sink in.

It wasn’t long before  Colonel Jonathan Withington, Public affairs officer for US Forces Korea, said some reporting of the conference had taken Brigadier General Tolly “completely out of context”. He also added “Quotes have been made up and attributed to him” whilst going on to deny that any US or South Korean troops had been parachuted into North Korea.

Under pressure from those who accused Axe to have “made up” Brig. Gen. Neil Tolley’s comments, the original article in The Diplomat was pulled.

However, confident that his reporting of what Tolley had said was accurate, the author contacted other journalists that were present at the press conference to see whether he had indeed taken the general out of context (two of those confirmed his report), requested for a transcript of the speech (weirdly unavailable) and posted his hand written notes from that day, along with several other comments, on his blog as proof.

Eventually, he got the answer he was waiting for: the Pentagon in the form of Lt Col Jim Gregory admitted that he had indeed reported General Tolly correctly but said “The General may have said that and, in his mind, he was thinking hypothetically.”

Again Gregory stated on the first line “The Bottom line is there are no U.S. boots in North Korea.”

All the story seems to prove that Brig. Gen. Tolley, has probably said something that, hypothetically or not, he shouldn’t have.

Covert operations in foreign countries are not surprising: just think to the raids in Yemen, Pakistan or Somalia where U.S. Special Forces parachuted recently.

The question is: How would the U.S. and South Korea fly SOF soldiers into the North on what would appear to be a regular basis to recon all of these tunnels?

The Korean peninsula is one the most surveyed and monitored areas in the world. Even if the U.S. presence in the region is normal, with tensions at an all time high, it would not be easy for a C-17 or C-130 to evade radars and parachute some Special teams.

Unless they use(d) stealth choppers. 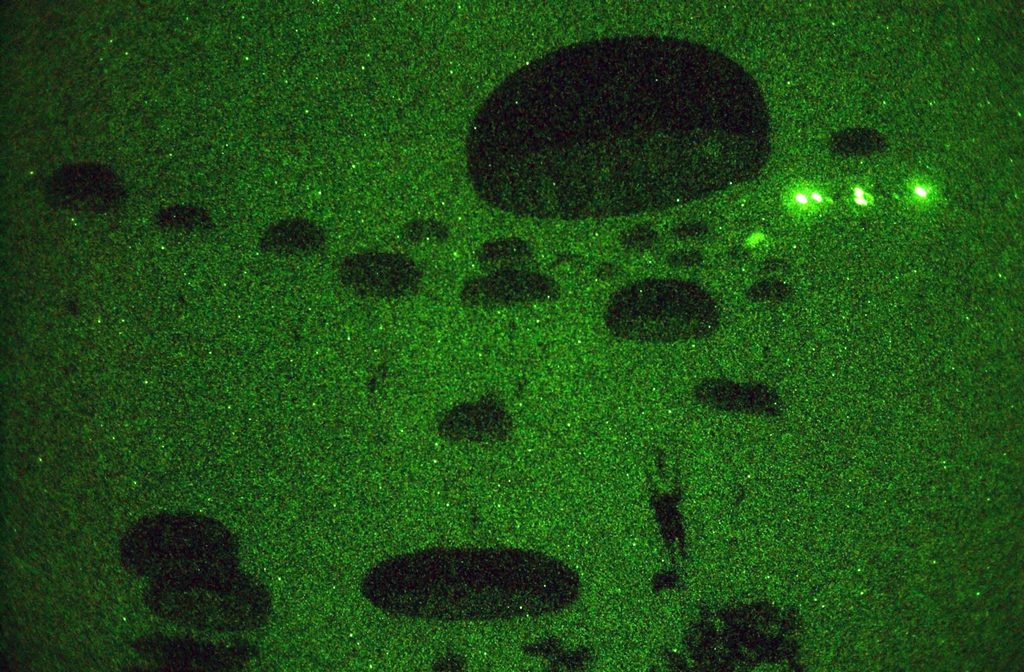 Following the yesterday B-2 Spirit “extended deterrence” mission over South Korea, Kim Jong Un has approved an attack plan on targets located in the Pacific and mainland U.S. Photos published in KCNA state agency and […]

In the waters to the west of the Korean Peninsula….a U.S. nuclear aircraft carrier conducts routine activity

The image in this post shows an EA-18G Growler from the “Shadowhawks” of Electronic Attack Squadron (VAQ) 141 making an arrested landing on the flight deck of the USS George Washington (CVN 73). George Washington […]

B-52, B-1 and B-2 simultaneously conduct missions from Guam in unprecedented integrated bomber operation in Pacific

History was made when all the Air Force Global Strike Command’s strategic power projection bombers simultaneously launched from Guam for their first integrated bomber operation in the Indo-Asia-Pacific region. On Aug. 17, the U.S. Air […]