When I wrote the article about the two Mirage F1s of the Libyan Air Force (Al Quwwatal Jawwiya al Jamahiriya al Arabia al Libyya) that landed in Malta seeking asylum, I explained that as a consequence of the defection of the two fighters (whose role should be the air defence, even if they were armed with rockets), the two most southern air defence units of the Aeronautica Militare (Italian Air Force, ItAF), the 36° Stormo, based at Gioia del Colle and equipped with the F-2000, and the 37° Stormo, based at Trapani and equipped with the last F-16s, were put in a heightned alert status. Many readers did not understand the reasons behind this decision, since the LAF is far from being effective like it was in the 1970s or 1980s (I suggest you reading the article Memories of a fighter pilot in which an F-104 pilot recalls the interception of Russian and Libyan planes in the Cold War era) and, considering the current situation, an air attack to Italy is quite unlikely. However, what led the ItAF to put both bases in a costant QRA (Quick Reaction Alert) status on a H24 basis instead of alternating the alert shifts between the two Stormi, is not the risk of a LAF strike on targets located on the islands of Lampedusa or Pantelleria, but the risk of more aircraft defecting to Malta or Italy. These aircraft pose a serious risk to the civil and military planes flying above the Mediterranean sea since they fly at high speed and at low level to be undetected by the Libyan radars, without a proper knowledge of the possible conflicts with the traffic around them that is in contact with ATC (Air Traffic Control) units on frequencies most of times unknown to them. 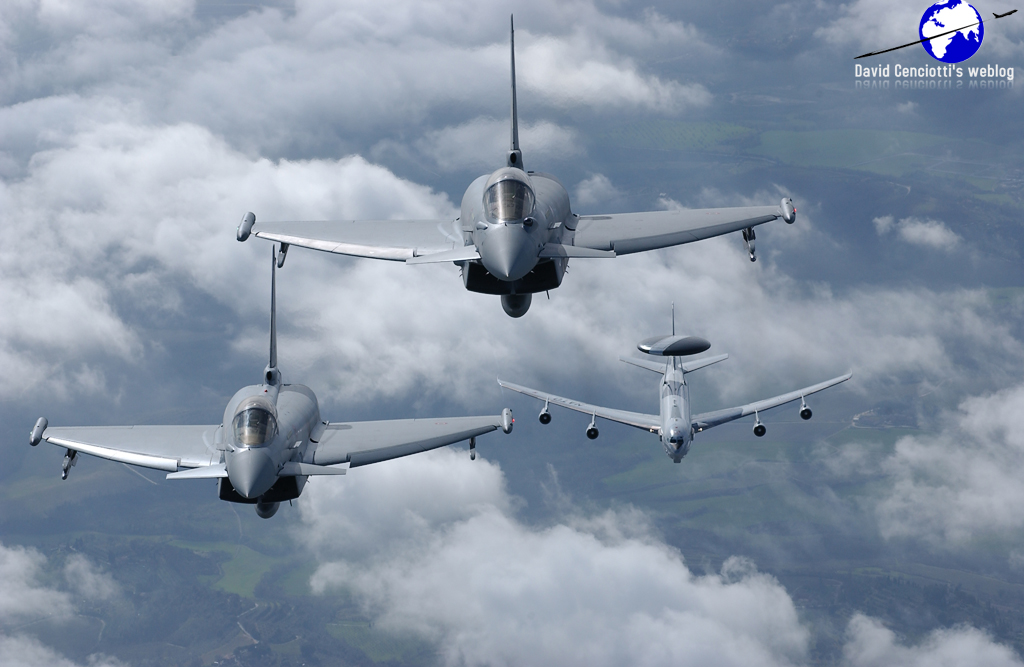 Hence, especially in the vicinity of their chosen destination (Malta, Lampedusa, Pantelleria or, at greater distance, Trapani, Sigonella and Catania), they can come dangerously close to other airplanes; a risk that is growing as the air bridge that is currently in progress to evacuate nationals from Tripoli, is concentrating lots of C-130s, C-17s, B747s, B777s, B737s A320s, 330s and 340s, belonging to many air forces, airlines, cargo and private companies, between the Maltese and the Libyan airspaces. For this reason any defecting aircraft has to be detected and intercepted as soon as possible. Therefore, even if the ItAF is not flying CAPs (Combat Air Patrol) in the area to protect or escort the flights to or from Libya (in spite of the rumours of a cell of F-2000s deployed to Sigonella flying surveillance orbits near Malta), AWACS (both NATO and RAF E-3s) have been reported in the area quite regularly for the last few days.  Should suspicious planes be detected by the E-3 or by the air defence radars, the nearest QRA would be scrambled to intercept it.
Those interested in monitoring the air traffic in the area of Malta can listen to the radio comms of the local ACC, APP and TWR using LiveATC service: http://www.liveatc.net/search/?icao=lmml and watch the traffic using ADS-B and transmitting the Mode S, by means of Flightradar24: http://www.flightradar24.com/ 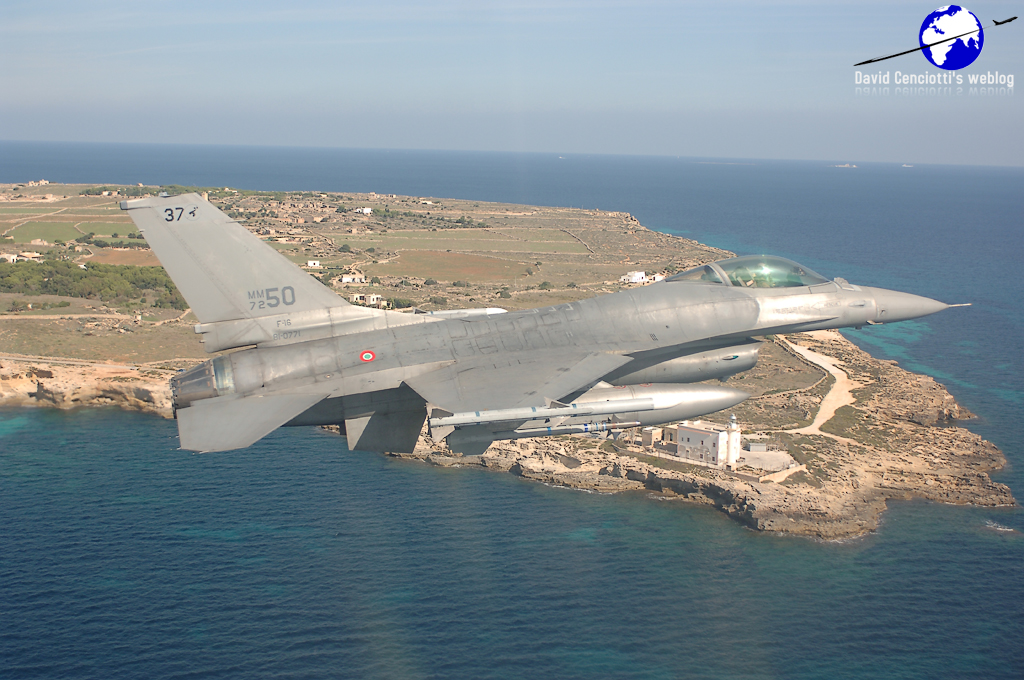 Here’s the new version of the famous Black Helo which crashed during the Osama Bin Laden raid.  I’ve studied the details that surfaced in the last few hours and after reviewing the many feedbacks I’ve […]

F-35 In ‘Beast Mode’, Swing-Role Typhoons And Everything You’ll Find In The 2022 Calendar Of The Italian Air Force

The Italian Air Force 2022 Calendar Marks A Significant Change In The Service’s Communication Strategy. On Oct. 7, 2021, the Aeronautica Militare (Italian Air Force) presented its 2022 calendar during an event attended by civil […]