On Oct. 19, 2010, British Prime Minister David Cameron unveiled the key changes to the Britain military that will be introduced as part of the Strategic Defence and Security Review. Among them:
– decommissioning of the the Invincible-class aircraft carrier HMS Ark Royal;
– cancellation of the Nimrod MRA.4 programme;
– early retirement of the Harrier fleet in order to retain a reduced number of Tornado GR.4s;
– early retirement of the Sentinel R.1 which entered in service in Dec. 2008;
– early retirement of the Hercules fleet by 2022 (tactical airlift duties will be undertaken by A400Ms and A330s);
– 12 new Chinooks;
– Tristar and VC-10 (this latter used only for air-to-air refueling until retirement) withdrawal by 2013

One of the most interesting ones is the reduced planned buy of F-35s that will not be the F-35B STOVL (Short Take-Off Vertical Landing) ones but will be the carrier variant F-35Cs. The abandonment of the F-35B is tied to the decision to convert one of the two future British aircraft carriers in a “cat and trap” supercarrier, hence able to launch the planes by means of a catapult and to recover them by means of an arresting gear system.

This move will enable the Royal Air Force and Royal Navy to operate solely the F-35C naval model of the Joint Strike Fighter, with benefits in terms of interoperability, training, cost reduction etc. With an ever shrinking budget, the moment in which Italy will be compelled to lauch its own Defence review, to ensure the survival of the Services at the minimum level and the sustainability of the out-of-area operations, is not far.

In the meanwhile, what we can try to understand is: will the Aeronautica Militare (Italian Air Force, ItAF) and Marina Militare (Italian Navy, ItNy) be, sooner or later, “invited” to choose a single version? According to the current plans, the ItAF is interested in both the conventional F-35A and the F-35B STOVL variant while, the ItNy can only use the STOVL version to operate it from its current and future aircraft carriers.

The most obvious consideration that could be made is that the only variant that could satisfy the requirements of both Services is the F-35B. Compared to the A, the STOVL version has, on the “pro” side:
– a higher flexibility, being able to operate on small landing strips (this is the reason why the ItAF wants this version too) and from ships.
on the “con” side:
– less space for fuel, hence, a lower maximum range
– an external (=in pod) rather than internal gun
– a reduced flight envelope (+7 G instead of +9 G)
– it is more expensive and burns more fuel.
The rest is identical or much similar.

So, as the F-35 will replace the Tornado and AMX fleets (this latter being a priority in the near term) I think that the idea of a single type procurement based on the STOVL can’t be completely dismissed: modern scenarios, like the Afghan one, where tactical aircraft are used for Urban/CAS support or recce, are perfectly suitable for a STOVL aircraft (even if Convetional Take Off and Landing – CTOL planes, in most case, suit as fine). Furthermore, I don’t think that, in a future dominated by stealthy UAVs and UCAVs, there will be any evident advantage in flying an F-35A instead of an F-35B to war. For sure, in a future warfare regime in which targets are dispersed, hidden, mobile and well defended, operational endurance can be a key performance indicator to measure strike platforms, but not on a tactical base. We are not comparing a STOVL plane to an extended-range bomber, capable of operating from its homebase….

If a proper analysis capable of evaluating the benefits of using a single type of aircraft againsts the costs of buying and operating the more expensive one would suggest the purchase of the STOVL variant, I think I would not be concerned. STOVL aircraft are the perfect platform for the Forward Operating Bases of any expeditionary operation. By being deployed near to the battlefield, the STOVL aircraft are ideal for on-call tasks: even if they have a higher hourly cost, they need less fuel, since they don’t need to remain airborne in CAP, and they don’t burn too much gas for transit from departure aerodrome to the operative area, etc.

That said, I don’t know if Italy is ready for a single type of aircraft for both ItAF and ItNy capable of operating from the Cavour aircraft carrier as a single unit, something that would logically lead to the creation of a joint force similar to the British Joint Force Harrier and the subsequent proposal of reabsorbing into the Air Force, an option that the Navy might not accept….. 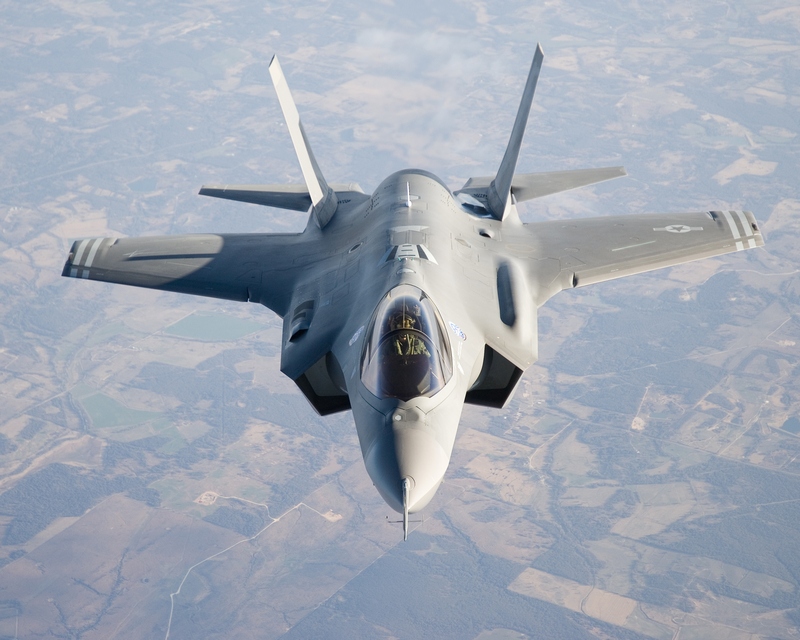 Canada is closer to replace its CF-188 Hornet with the F-35 stealth aircraft. As part of the Future Fighter Capability Project (FFCP) Canada aims to replace the Royal Canadian Air Force’s fleet of legacy CF-188 […]

Here’s a pretty cool aerial clip of F-35s from Luke Air Force Base doing the traditional Fiesta Bowl Parade flyover. The clip in this post was taken on Dec. 29, 2018, during the Fiesta Bowl […]