With the mini-airshow that will be held in Rivolto, home of the Frecce Tricolori, on May 1, the airshow season of the Aeronautica Militare (Italian Air Force, ItAF) will officially start. Since the annual Giornata Azzurra (held each year at Pratica di Mare airbase) was canceled due to budget cuts, the traditional Frecce Tricolori season’s opening was enriched with the displays of the RSV (Reparto Sperimentale Volo, the Italian Test Wing), that will perform with the AMX, the Tornado, the C-27J and the Eurofighter Typhoon, with a CSAR event involving an 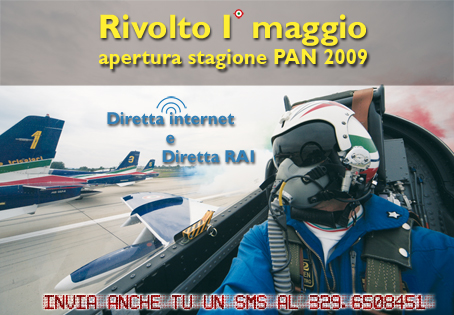 HH-3F of the 15° Stormo, and with a static display. The May 1 Rivolto Open Day, that can be seen live through the Aeronautica Militare official website, will be only the first date of the Frecce Tricolori airshow calendar 2009. Another interesting show, the most important Italian aviation event of 2009, will be held near Rome on May 31. Despite being organized along the coastline at Ostia, next to Fiumicino, this year’s Ostia Airshow was renamed Rome International Airshow and will see the partecipation not only of the Frecce Tricolori, the RSV aircraft and the HH-3F but will be attended also by the Patrouille de France, by the Dutch F-16 Demo Team, by a Canadair CL-415 of the Protezione Civile (Italian Civil Protection), by a P-180 of the Piaggio Aero

Industries, by the Breitling Devils demo team (with 3 SF-260s), by an ATR-42 of the Guardia di Finanza (Italian Customs Police), by 2 AV-8B+ Harrier of the Marina Militare (Italian Navy), and by a B767 of the Alitalia. The airshow will take place above the surface of the sea, in front of the crowded beaches beginning at 01.00PM LT. Photographers should take into consideration that the aircraft will be constantly back lightned during the air display….

Since the RSV test pilots will present the C-27J, the AMX, the Tornado and the F-2000 at both airshows, in the past weeks, they have been performing practice displays twice a day (a rehearsal in the morning and one in the afternoon). On Apr. 29, Giovanni Maduli went to Pratica di Mare to observe the afternoon rehearsals at Pratica di Mare (the last before the aircraft deployed to Rivolto to perform local practices) and took the following picture of the RSV Tornado departing for the display above the field. The picture shows the aircraft very far from the viewpoint, but, interestingly, it shows the Tornado taking off from RWY 13 (instead of 31) to perform its display (as usual) on the port side of the runway. This was the very first time I’ve heard of an air display (or rehearsal) performed at Pratica di Mare on the left hand side of RWY 13 (that is to say on the right hand side of RWY31). 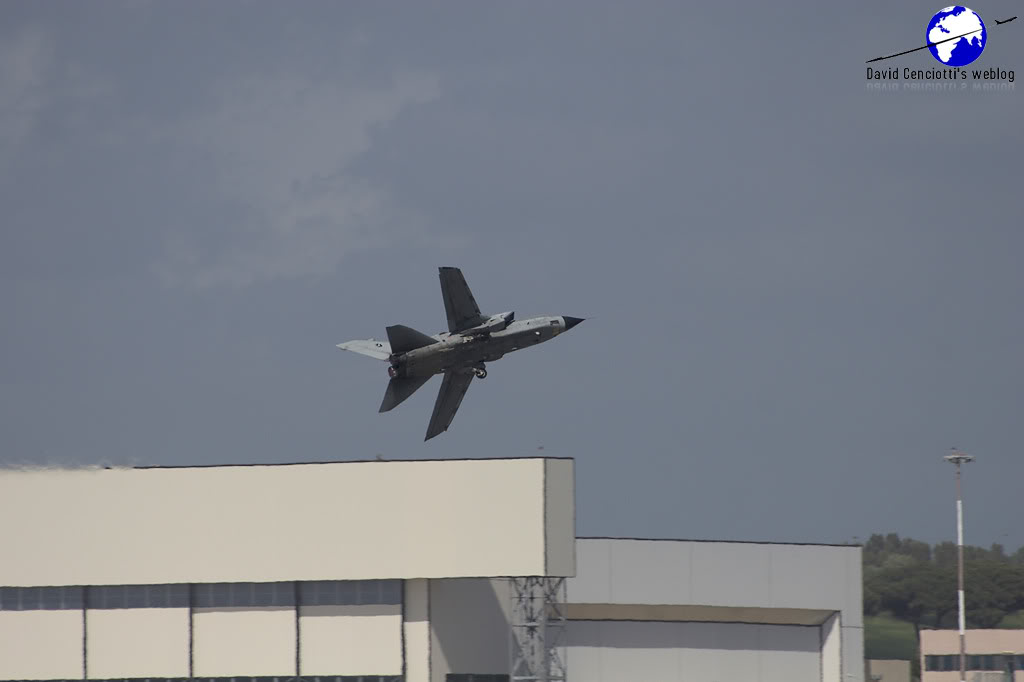 Watch This Pretty Unusual Footage. The video below was filmed at Cagnes-sur-Mer, in the Provence-Alpes-Côte d’Azur region in southeastern France. It shows three Canadair CL-415 water bomber aircraft involved in a firefighting mission near the […]