On Apr. 3, 2008, the last of 4 B.707TT of the Aeronautica Militare (Italian Air Force, ItAF) equipping the 8th Gruppo of the 14° Stormo based in Pratica di Mare made its last operative flight during the build up phase of the Spring Flag Exercise. The aircraft, serialled MM62151, using c/s I-2151 with 67 people on board carried to Decimomannu 4 pallets of material and equipment. 23.000 FH had been flown in the previous 16 years all around the World in both air-to-air refueling (AAR) missions and transportation. The aircraft, originally purchased from the TAP airlines, is expected to be replaced by the KC-767A, a military version based on the Boeing 767-200ER version, that the ITAF has bought in 4 examples. 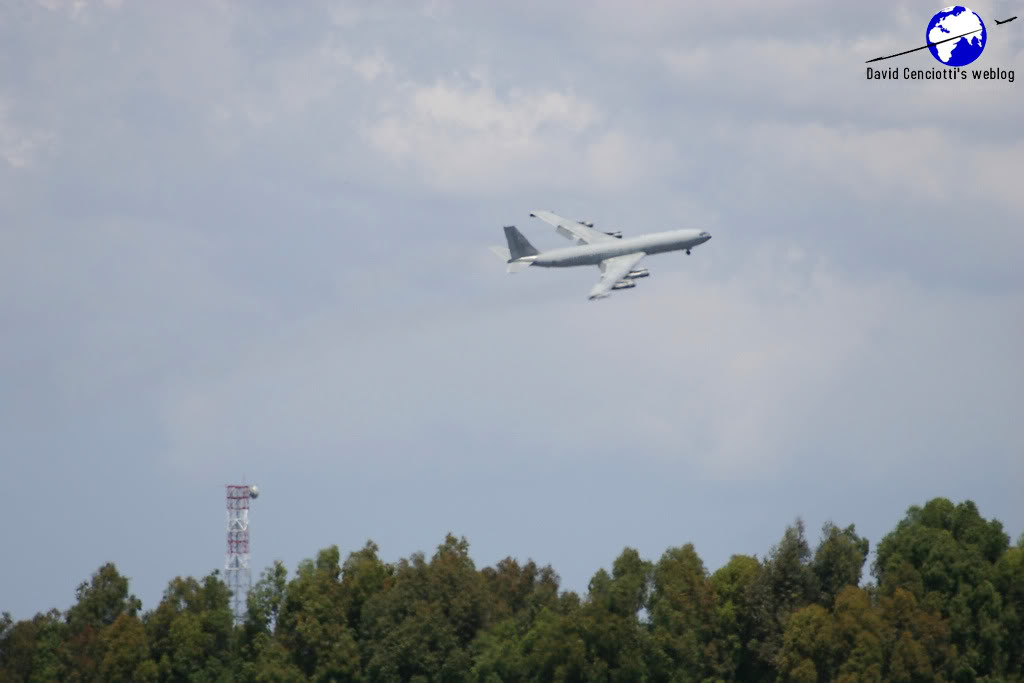 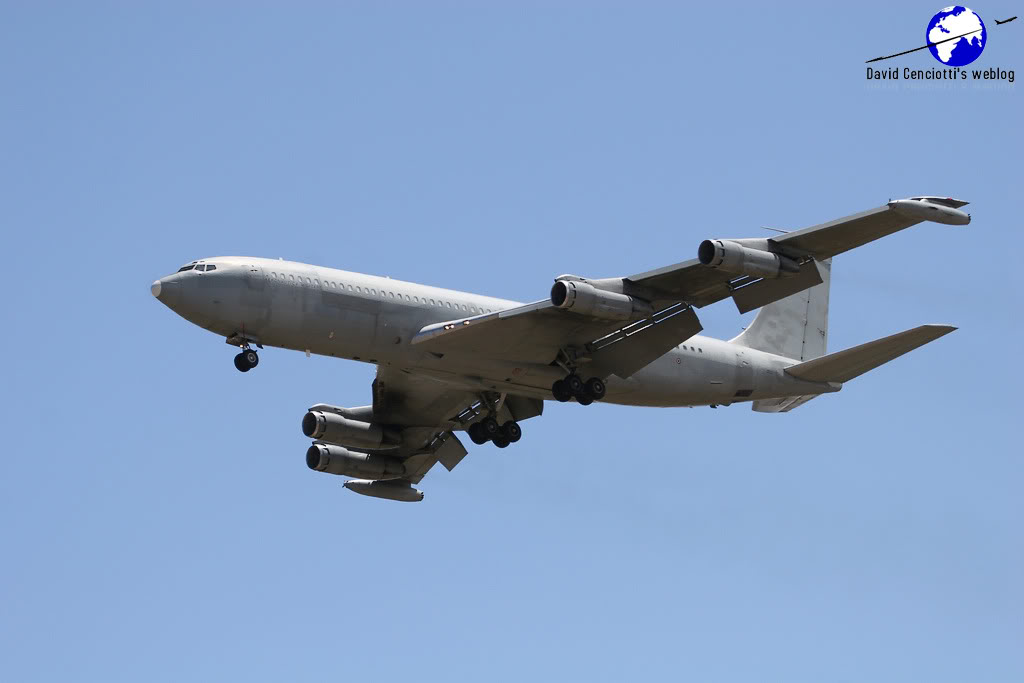 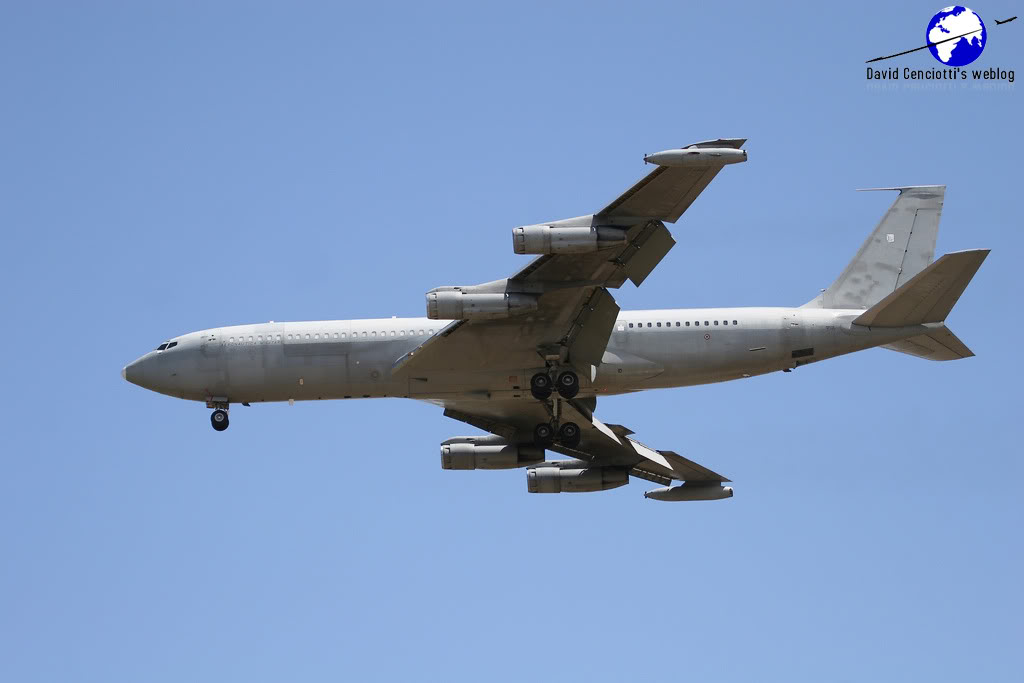 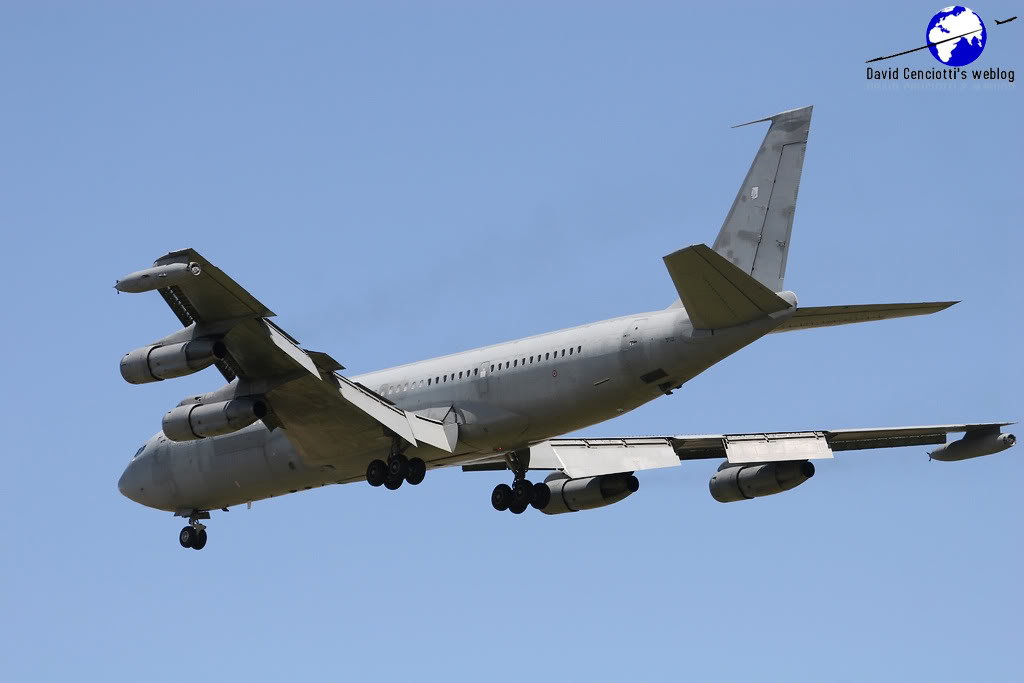 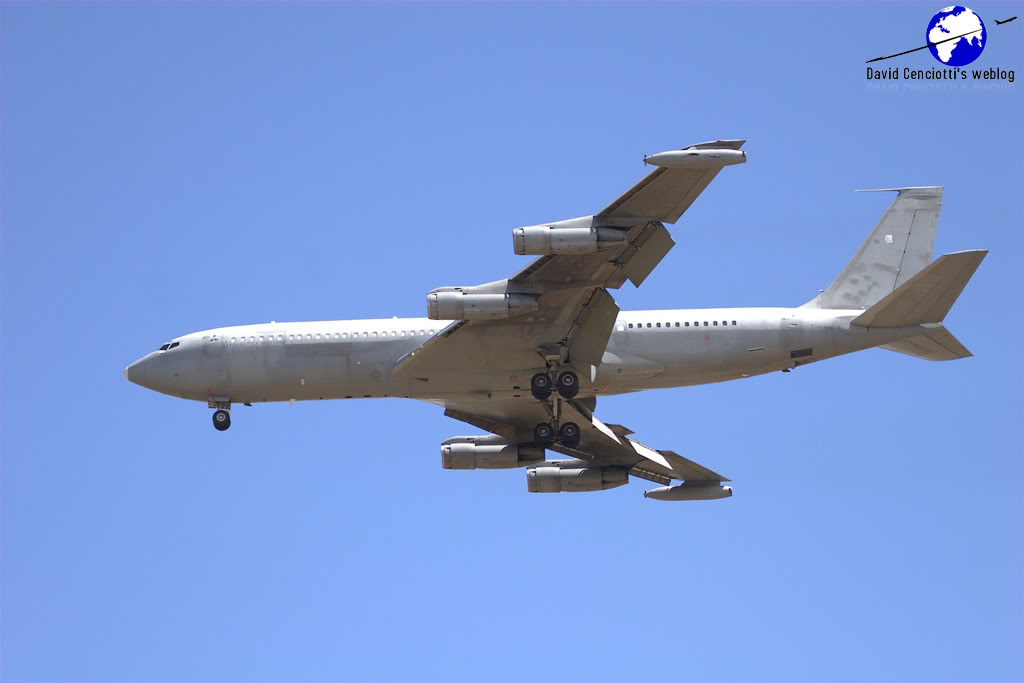 The delay in the delivery of the new tanker (initially scheduled to be delivered in 2005, then in 2006 and so on until 2009) has reached the 4 years and the ItAF is quite upset, since the air force not only is unable to perform the daily AAR missions needed to keep the air crews proficient with the refueling operations, but compelled the ItAF to be supported by other tankers belonging to foreign air forces even to deploy abroad. The imminent deployment of the AMX fleet to the US for taking part to the Red and Green Flag exercises requires foreign asset’ support. In order to mitigate the risk of loosing the capability, initially, the ItAF extended the operative life of 2 of its B707 for another 2 years (the other B707s were sold to the Omega Air), with the Boeing company paying for the cost of the maintenance of the aircraft. Furthermore, one C-130J of the 46^ Brigata Aerea based in Pisa, was converted by means of a refueling kit into a KC-130J with two refueling pods underneath the wings. The aircraft (the first of 8), serialled MM62176 “46-41” was extensively tested by the RSV (Reparto Sperimentale Volo), the ItAF Test Wing based in Pratica di Mare, to qualify the compatibility of the tanker with the F-2000, with the MB-339CD and also with the French helicopter EC-725 Super Cougar. 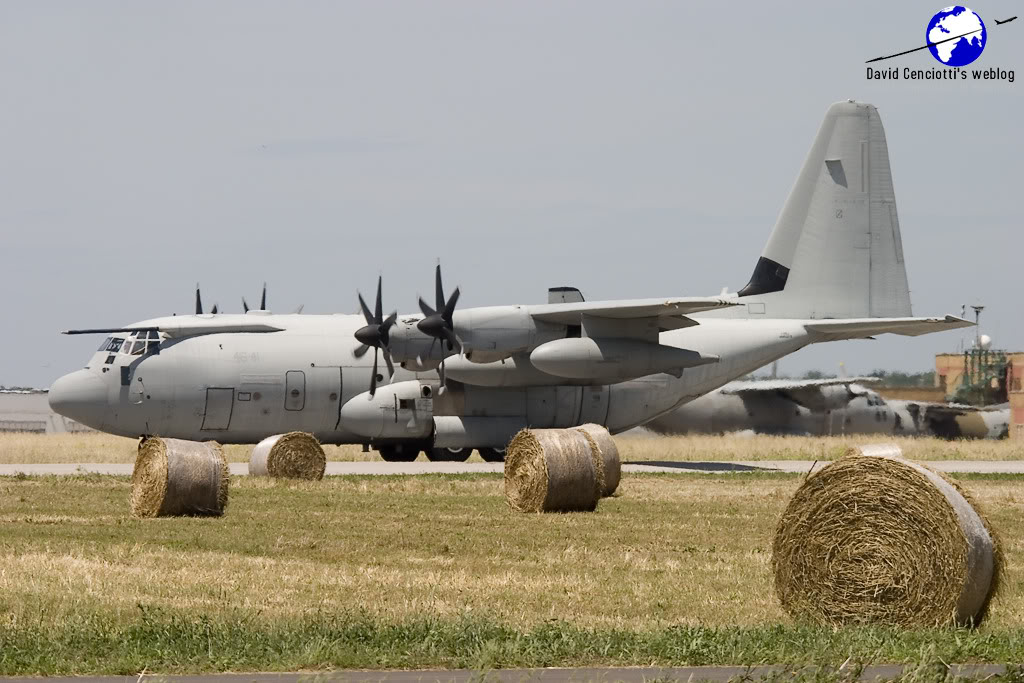 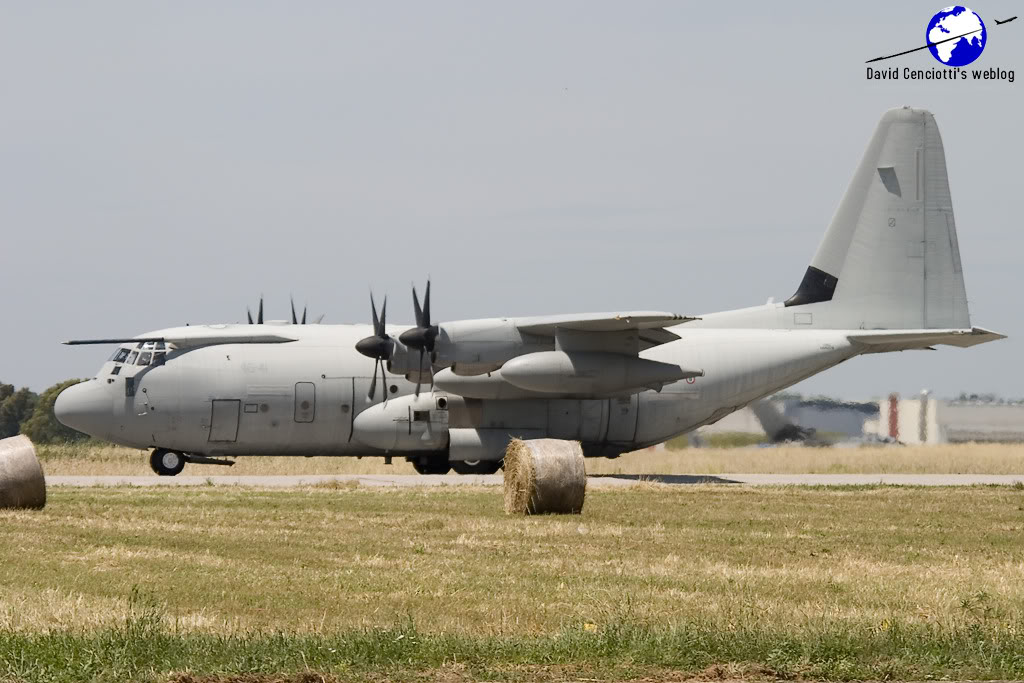 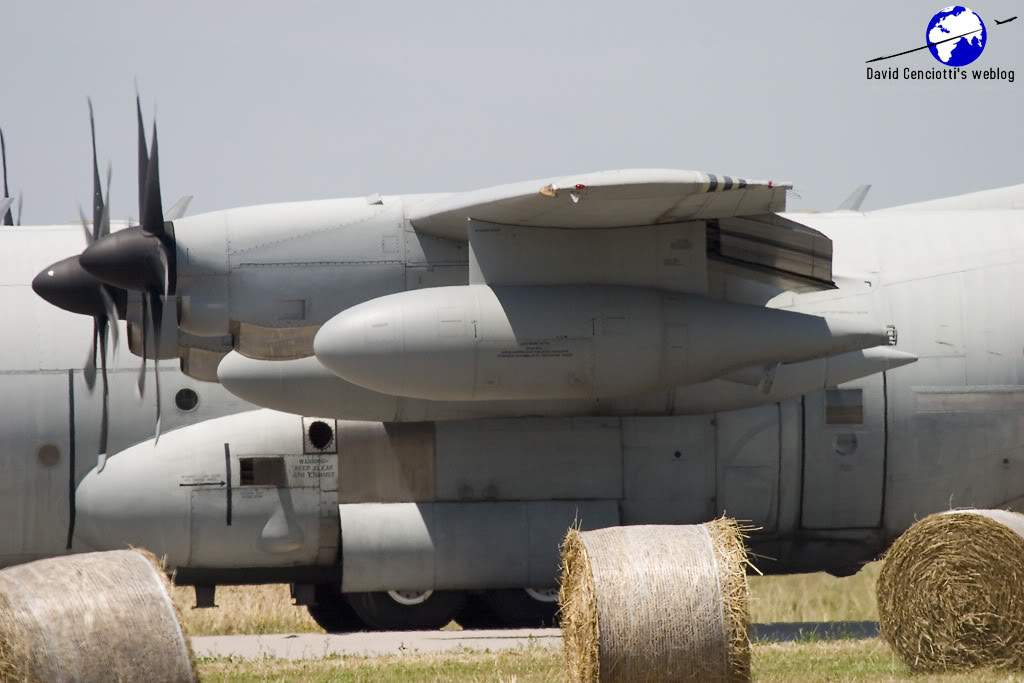 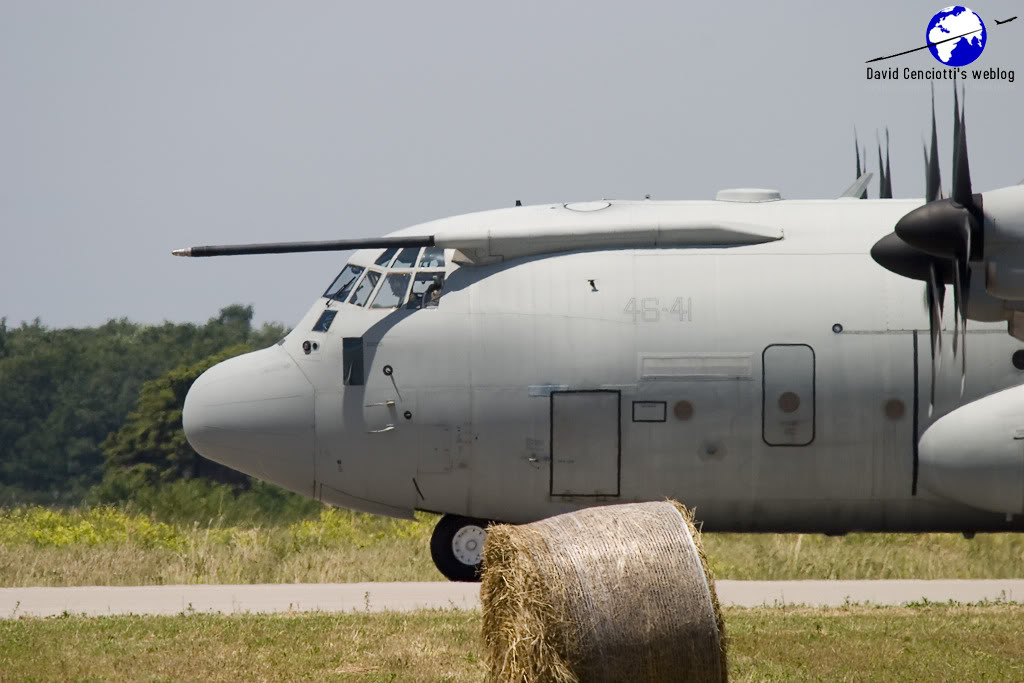 Finally the Italian crews have been flying a B767 CTA provided by Boeing that will allow the 8th Gruppo pilots to acquire a basic training on the new type. The aircraft, a white B767-200 CTA (Commercial Trainer Aircraft) of the Boeing company serialled N606TW landed on Jul. 1, 2008, at Pratica di Mare airport coming from McConnell AFB, Wichita, Kansas. It will be used in the next months for training purposes by the Aeronautica Militare in anticipation of the delivery of the first KC-767 tanker. The CTA that is currently operating with the 14° Stormo is not equipped with any refueling equipment and can’t be employed for AAR training. 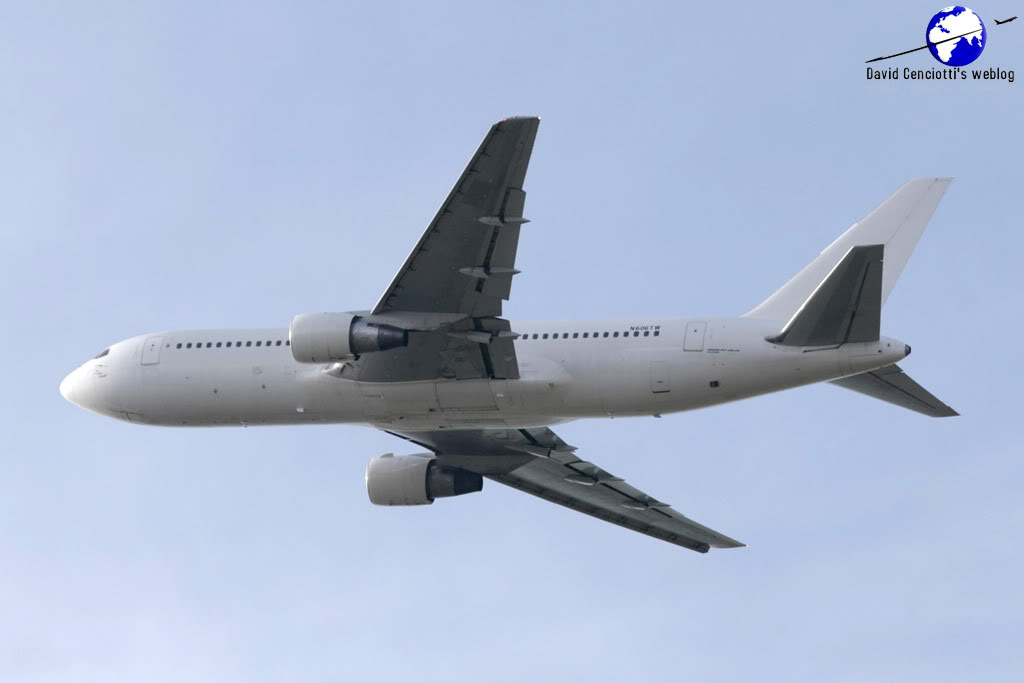 According to an article dated Sept. 8, 2008 (by Tom Kington on DefenceNews):

“Flight testing and FAA certification will be concluded by year (2008) end, at which point the Italian Air Force will start the tender for acceptance process, which takes about three months,” said John Williamson, communications director for Global Mobility Systems at Boeing.

Last November (2007), Boeing officials said they had fixed an airflow problem on the wing and promised first delivery to Italy in the second quarter of 2008. Italian officials were skeptical at the time, and the date has steadily been pushed back.
In July, the head of the Italian Air Force, Gen. Daniele Tei, hinted that delivery could slip into 2009.
This week, a senior Italian defense official confirmed it.
“Boeing is now reaching the specifications and the revised schedule, which is for a delivery early next year,” the official said. “This means the delivery of the last aircraft will now be closer to the first, since the first and second of the four aircraft were the problems.”
Boeing’s Williamson said the second of Italy’s four tankers, which joined the flight testing program at Boeing’s Wichita site in July, would start the tender for acceptance process in January, the third in March and the fourth in August, meaning all four would be handed over to the Italians during 2009.
The fix to the wing pylons tested in 2007 was sound, Williamson said. “We have no issues with the wing air-refueling pod; no changes have been made this year and we do not anticipate making changes.”
Despite that, the delivery date has slipped six months since the fix was first touted in 2007, which Williamson attributed to “design changes and FAA certification factors.”
An internal Boeing memo, seen by Defense News, charts some of the issues that were being tackled in April this year. They include an Italian request to reduce the possibility of smoke from electrical equipment entering the cockpit, flight testing scheduled to continue as late as November, and a recommendation made to the Italians to relax their standards to align with slightly less stringent FAA regulations.
Boeing was also working on obtaining the right temperature settings for passengers.
Italian officials took issue with cockpit noise, which reached 79 decibels at the pilot’s right ear while cruising at 0.8 Mach at 35,000 feet. The Italians had specified that noise be no louder than 75 decibels.
Boeing officials responded that reducing the noise would also reduce the capability of the aircraft, and recommended the Italians change their specs.
The memo also highlights a persistent weight issue, listing the plane’s operating empty weight (OEW) in cargo configuration at 200,804 pounds, 3 tons over the “maximum allowable OEW to meet mission” of 194,340 pounds.
In passenger configuration, the current weight is 220,258 pounds, almost 4 tons over the maximum allowable 212,510 pounds.
“The defects addressed early this year are now being taken care of,” the senior Italian defense official said. “We are pushing Boeing every day and we will pursue all options, but we want to stick to the contract.”
The April memo sheds light on why Boeing delayed the flight testing of its revised wing pod pylon for so long, a decision that slowed the entire program.
Boeing first identified the air flow problem at high speeds on the pylon holding the wing refueling pods in July 2005, before redesigning it for test flights in August 2006.
But the memo says that “boom refueling development and major modification” took precedence in test flights for a whole year, until August 2007, with wing-pod flight testing restarting only in October 2007.
Boeing has admitted that it struggled to keep up the pace of flight testing with just one aircraft to use.
“People remain upset over the fact that Boeing did not invest sufficiently in the program,” the Italian defense official said.

In Sept. 2008, ItAF Air Staff estimated the delivery of all the 4 aircraft by the end of year 2009. Today the picture is changed once again. In an interesting interview with Andrea Nativi of RID (Rivista Italiana Difesa) Gen. Tei said that the aircraft, that were presumed to be “force multipliers” became “illusions multipliers” and that the current roadmap estimates the delivery of the first two aircraft by 2009 and the delivery of the remaining two postponed to 2010. ItAF is extremely upset about the programme and Boeing offered the Aeronautica Militare the availability of an unspecified tanker asset for the US deployment scheduled for summer 2009. 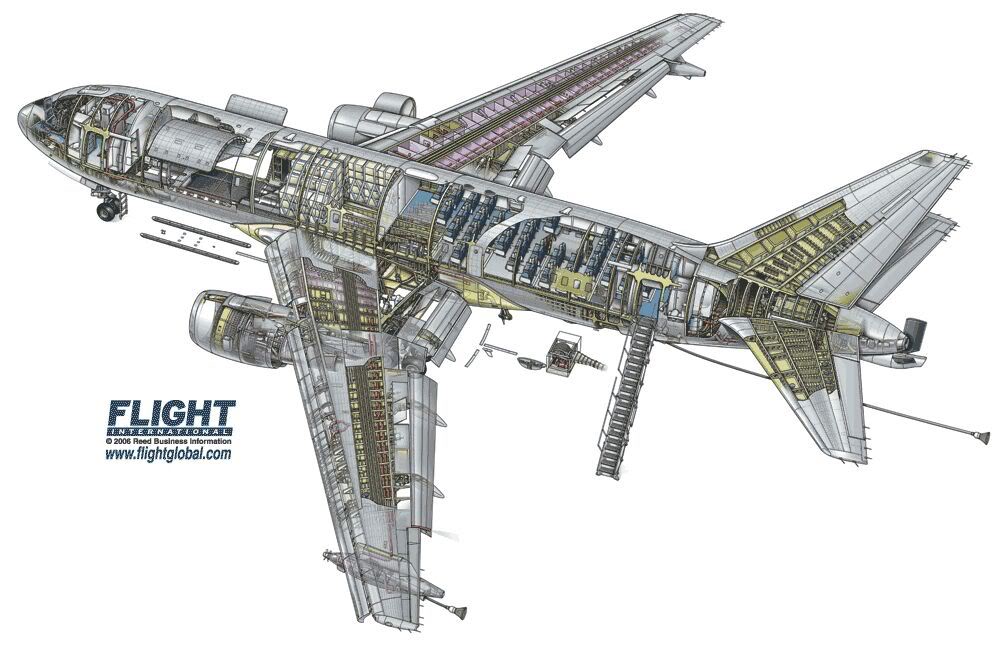 About David Cenciotti 4275 Articles
WebsiteFacebookTwitterLinkedIn instagram
David Cenciotti is a freelance journalist based in Rome, Italy. He is the Founder and Editor of “The Aviationist”, one of the world’s most famous and read military aviation blogs. Since 1996, he has written for major worldwide magazines, including Air Forces Monthly, Combat Aircraft, and many others, covering aviation, defense, war, industry, intelligence, crime and cyberwar. He has reported from the U.S., Europe, Australia and Syria, and flown several combat planes with different air forces. He is a former 2nd Lt. of the Italian Air Force, a private pilot and a graduate in Computer Engineering. He has written four books.

On Sept. 13, between 14.30 and 16.00LT, as widely advertised by the media and by a specific NOTAM, the Frecce Tricolori of the Aeronautica Militare (Italian Air Force, ItAF) overflew some of the most important […]