Typhoon MM7287 operating with the RSV landing at sunset: 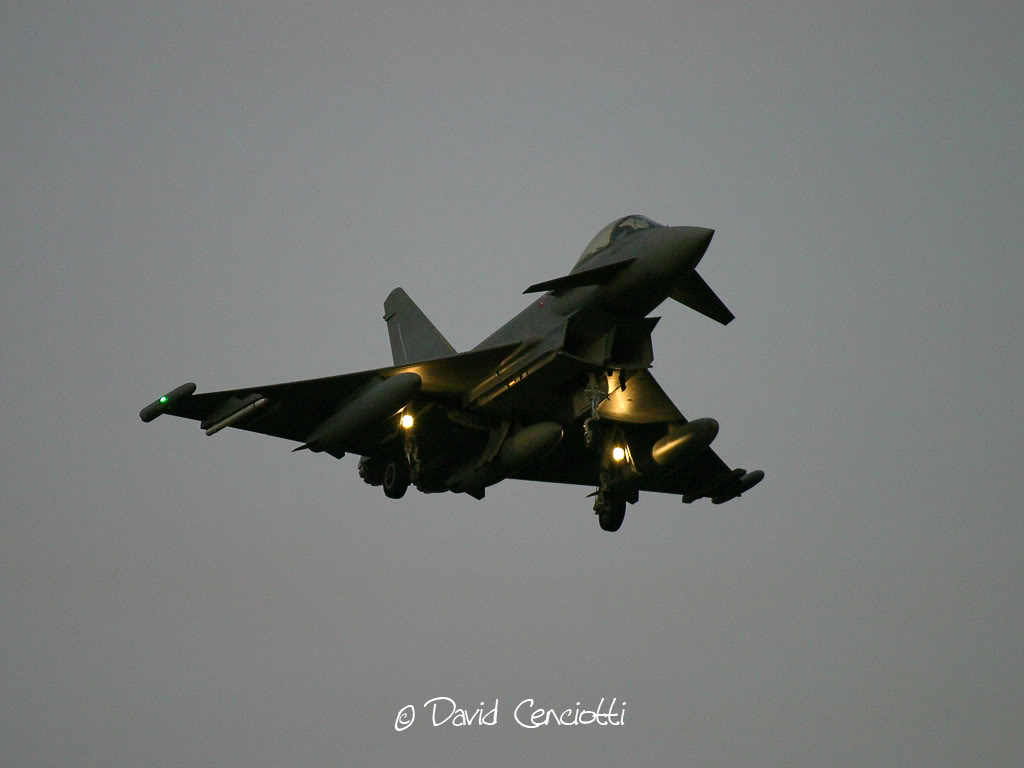 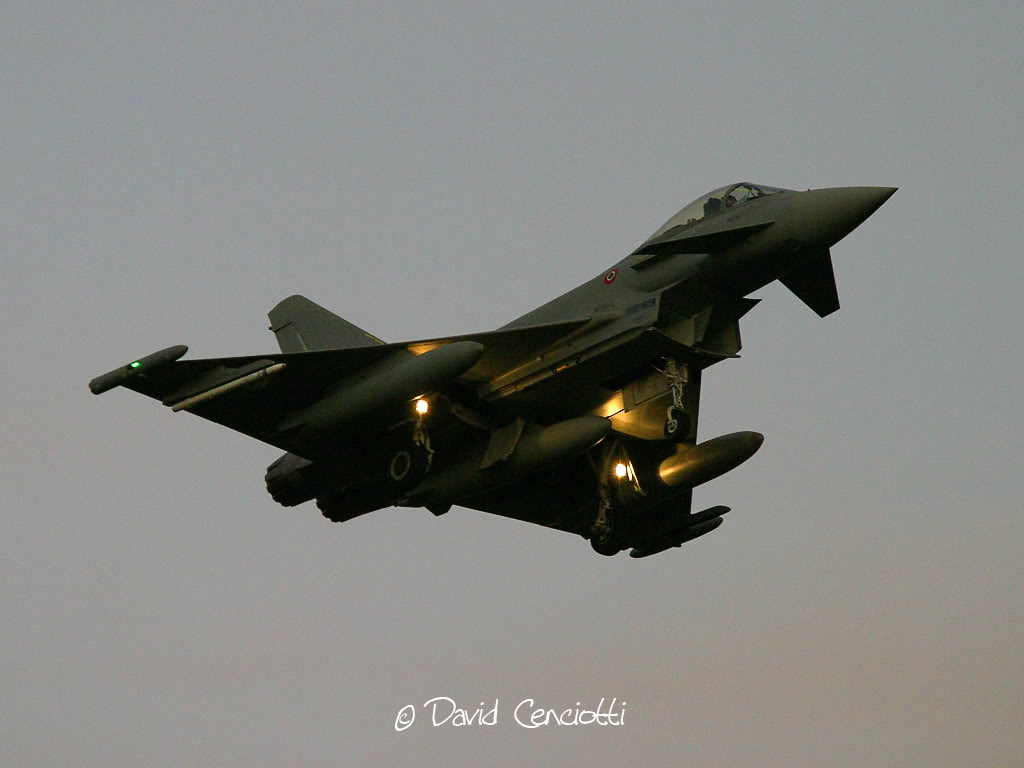 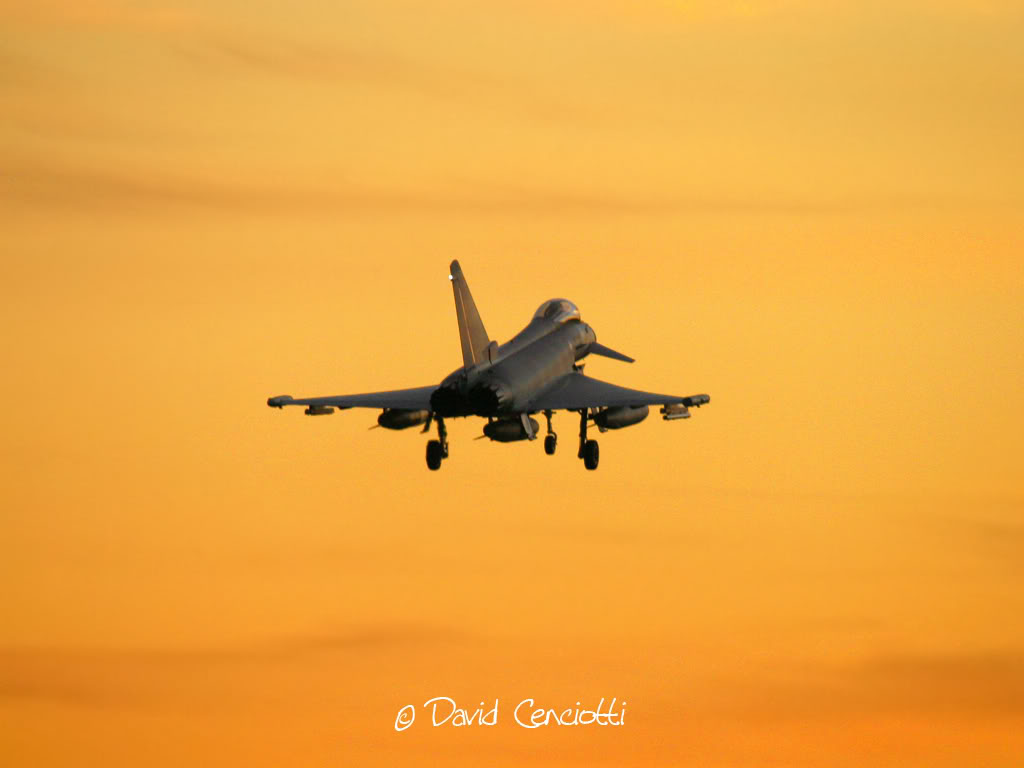 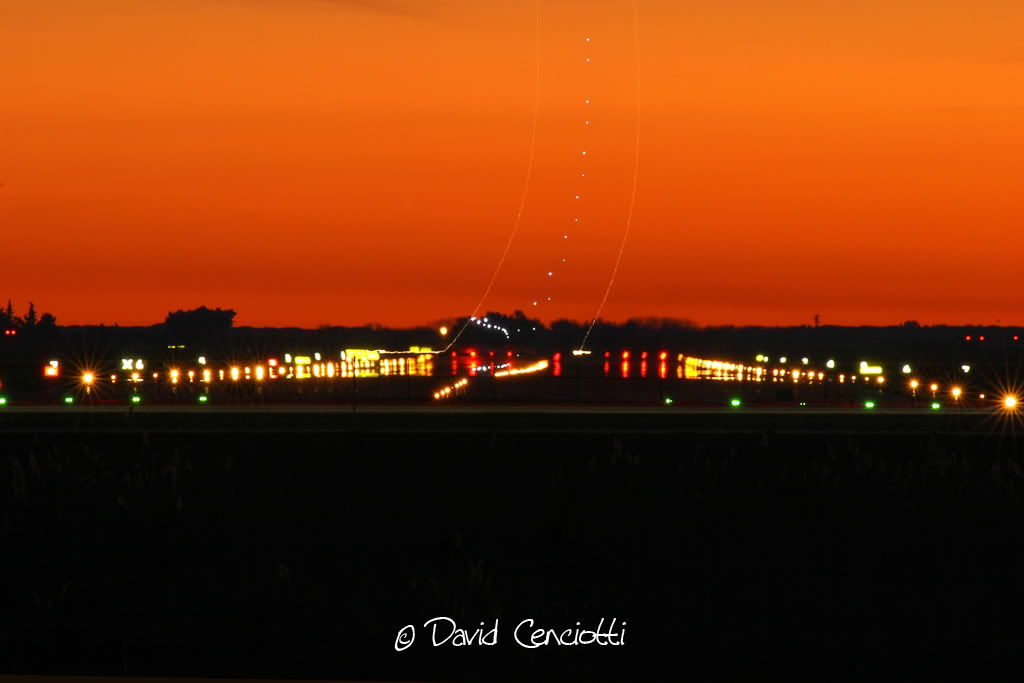 Base turn and landing for a 9th Gruppo Eurofighter: 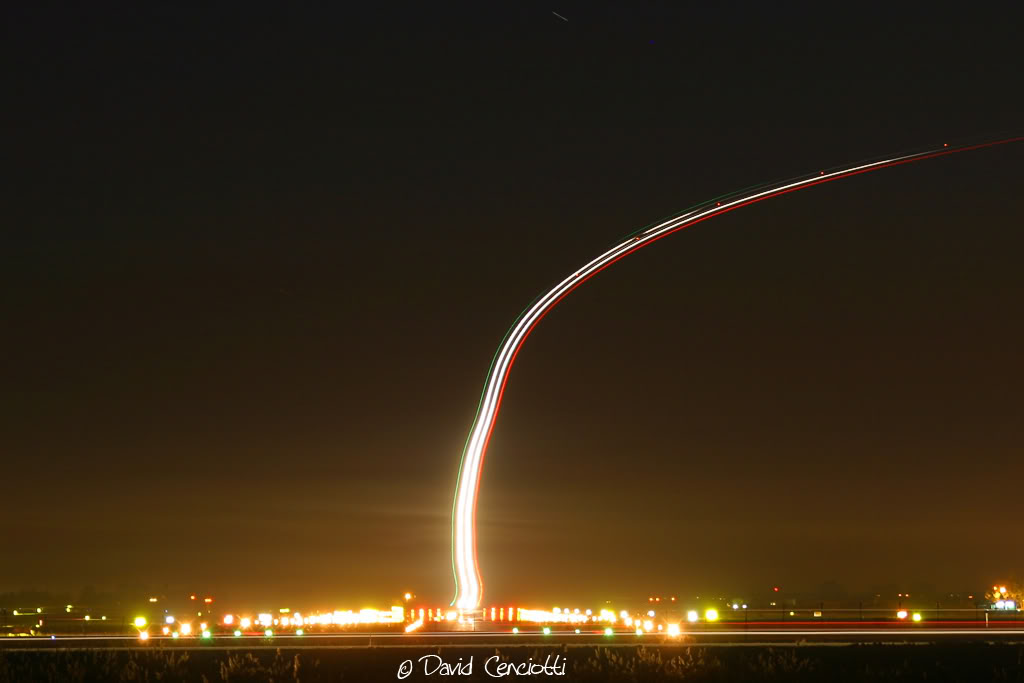 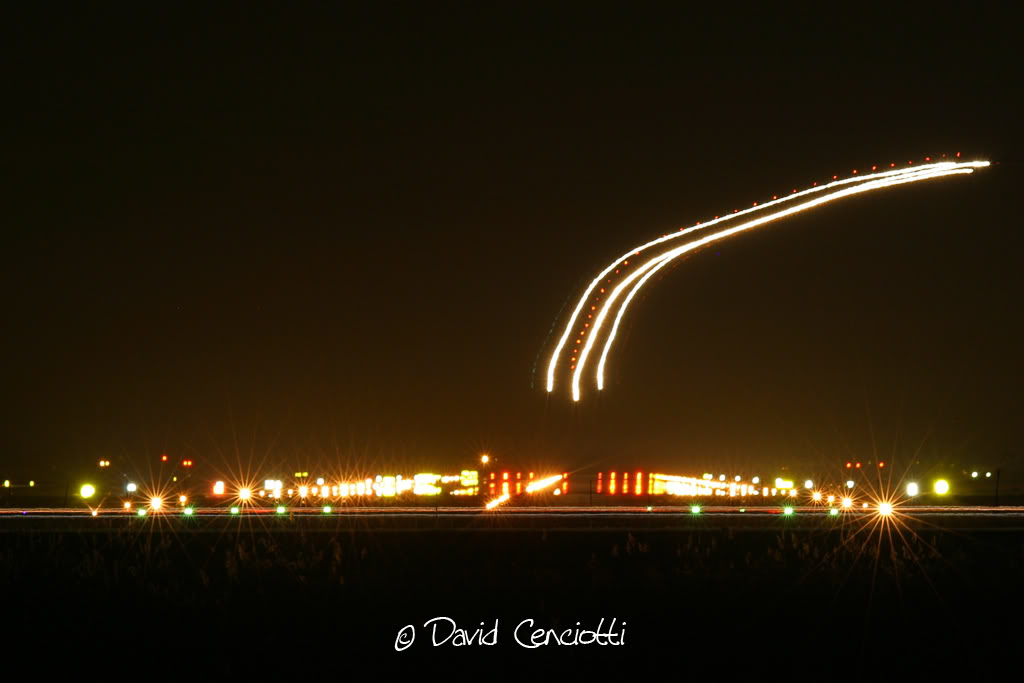 The C-27J performing a touch and go: 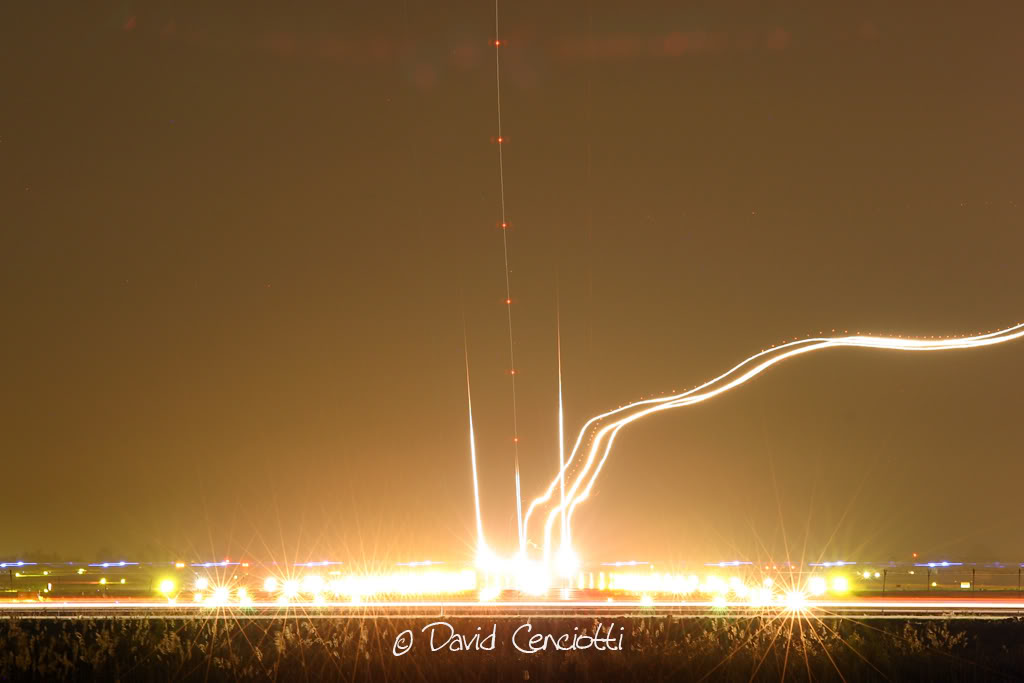 This last picture deserves a comment: if you look at the top of the image, you’ll notice that the red strobe light blinking underneath the aircraft and reflecting on the fuselage and the wing, generates a series of red dots that recall the shape of the wings of the C-27J.