This is the sight of a night take off of a pair of Eurofighter Typhoon from Grosseto airbase. Picture was taken on August 06th 2007 at 9:10PM LT. 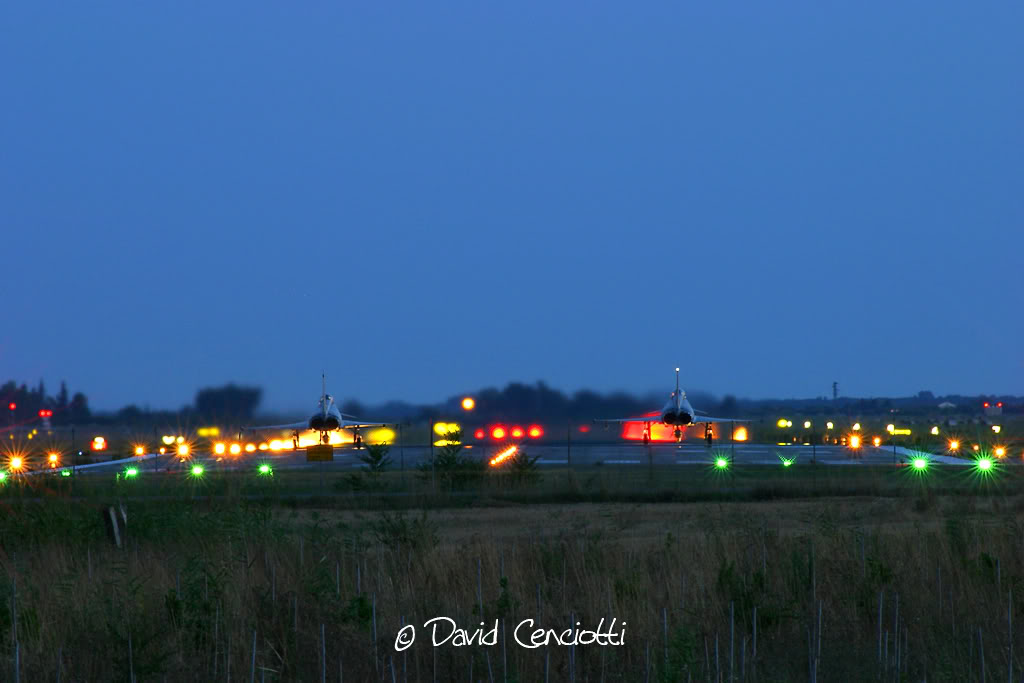 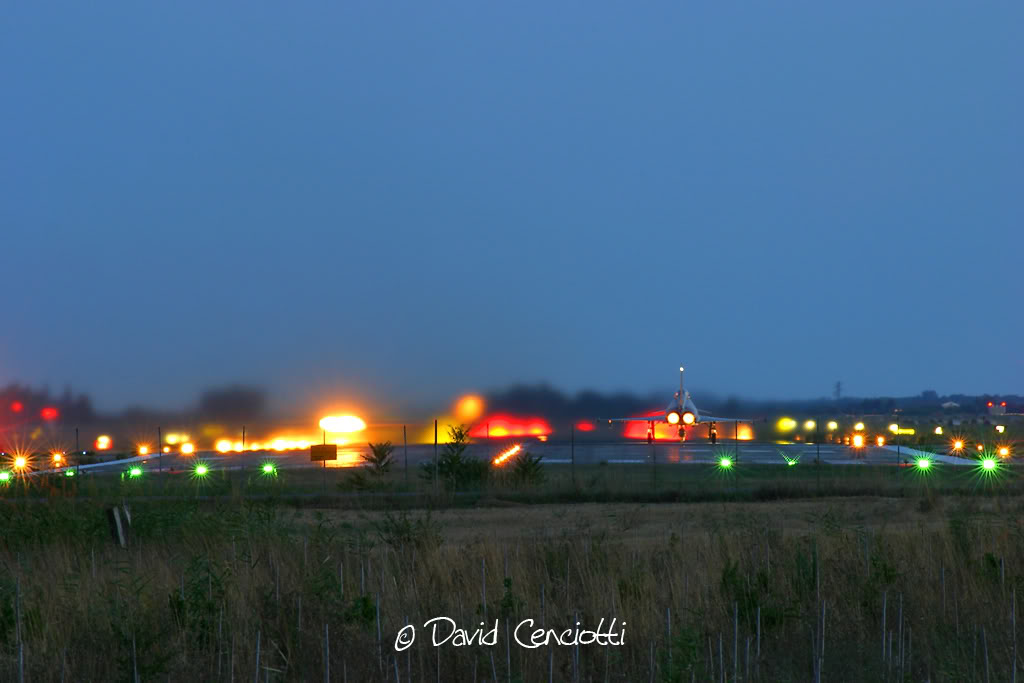 I was asked by some enthusiasts and photographer, the settings I used to make this shot.
Here’s the answer: since it was getting dark, I set ISO speed to 200 and the Tv mode (shutter speed priority) of my Canon EOS 10D to 10 seconds letting the camera automatically deciding lens aperture basing on the information from its light meter. If it was pitch black I would have used 400 or higher ISO and up to 30 seconds of shutter speed. I decided for the partial metering since edges of the scene were dark and I thought this method was better for the situation than the spot metering or evaluative. With the shutter open for such a long period I had to use a tripod and the self-timer, in order to prevent camera from shaking (with consequent blur). I wanted to get both aircraft with the afterburner but I had no idea how long they would be aligned on the runway before starting the take-off roll. With 10 seconds of countdown of the self-timer and 10 seconds of exposure I had to wait 20 seconds between one shot and the second one. So, as soon as the aircraft were aligned I made the first shot but the aircraft did not move. 20 seconds later I tried again. This time I was lucky enough to get both aircraft with the afterburner lit, with the leader, rolling on the left, and the wingman, lined up on the right, moments before moving.