Last June I had the opportunity to fly from Queensland, Australia, to California, USA, experiencing the International Date Line crossing. The IDL is an imaginary line located mostly down the middle of the Pacific Ocean, on the 180° longitude meridian, opposite the Greenwich Prime Meridian. Actually it is not a straight line and deviates to pass around some islands of the Pacific and east of Russia. The IDL divides GMT+ 12 and GMT-12 hours time zones; consequently, crossing the IDL from West to East results in a day to be subtracted to the date, while crossing from East to West results in 24 hours being added to the current date. For example, as an effect of the IDL, I departed from Brisbane Eagle Farm airport on June 1st at 11:00 AM Local Time and after some 13 hours of flight above the Pacific I landed in Los Angeles International on June 1st 07:00 AM. I had (virtually) travelled back in time! 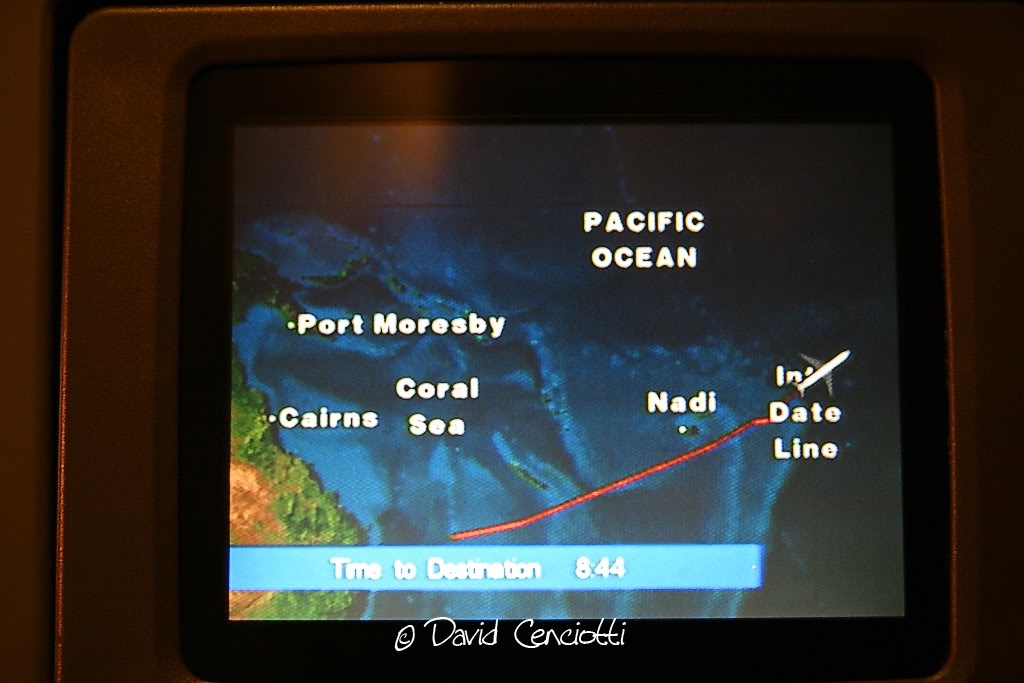 Crossing the IDL was “uneventful” for the B-747-400 of QF 175, but crossing 180° meridian while flying from Hickam AFB, Hawaii, to Kadena AB, Okinawa, Japan, during the first deployment to Asia, became a real nightmare for a flight of USAF F-22s. On February 11 2007, 12 Raptors were forced to head back to the Hawaii when a software bug caused a computer crash as they were crossing IDL. In the middle of the Ocean, all their systems, comprising navigation, fuel and part of the communications systems dumped. All the attempted reboot failed. One of the most sophisticated weapons system in the World, a fifth generation fighter, with Stealth capabilities and thrust vectoring nozzles, equipped with the AN/APG-77 Active Electronically Scanned Array radar, with Low Probability of Intercept and Inverse Synthetic Aperture Radar processing (to generate a high resolution image of the target), provided its pilot less references than a first or second generation aircraft (like the first F-104). Fortunately, the Raptors were flying in good weather conditions and along with some tankers, that brought them back to Hawaii. Subsequent investigation discovered an error in a couple of lines of code (among millions), a bug that was troubleshooted and fixed in 48 hours. Most probably, the code of the navigation software that receives inputs from the GPS platform had not been developed taking into consideration the exception for passing directly from 179° 59′ 59,9999” W to 180° 00′ E and viceversa or having the same location (on the IDL) with the same longitude E and W. 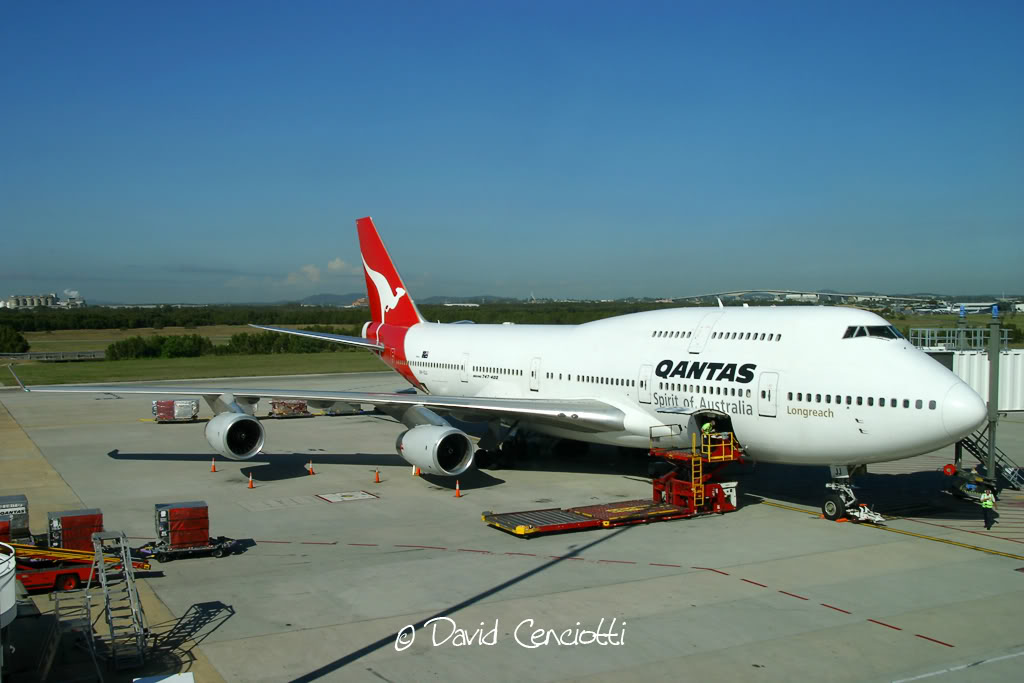 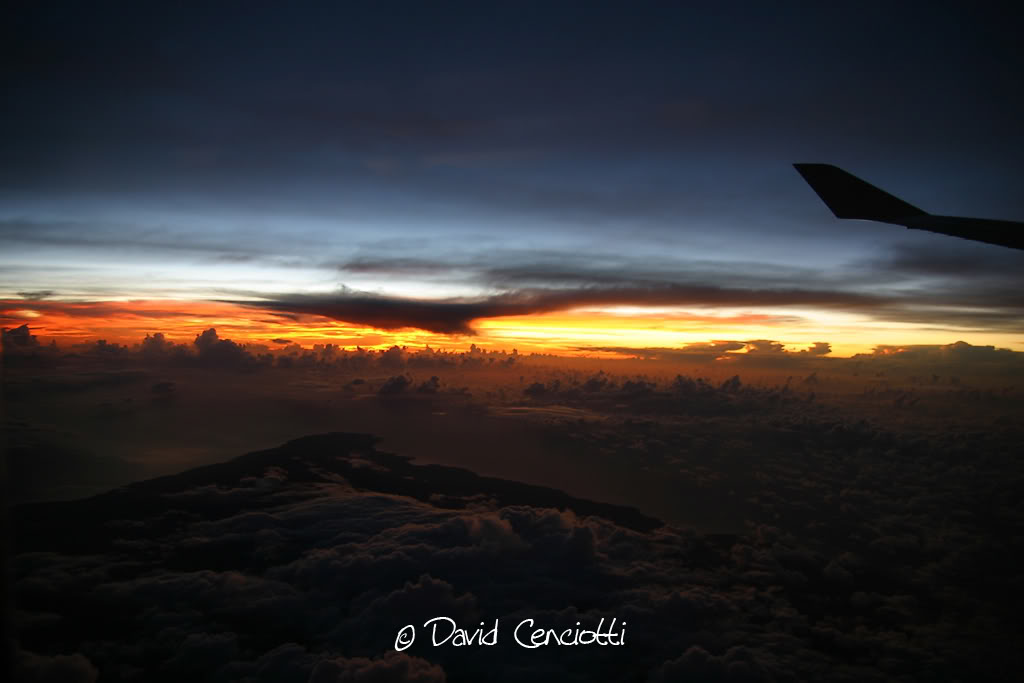 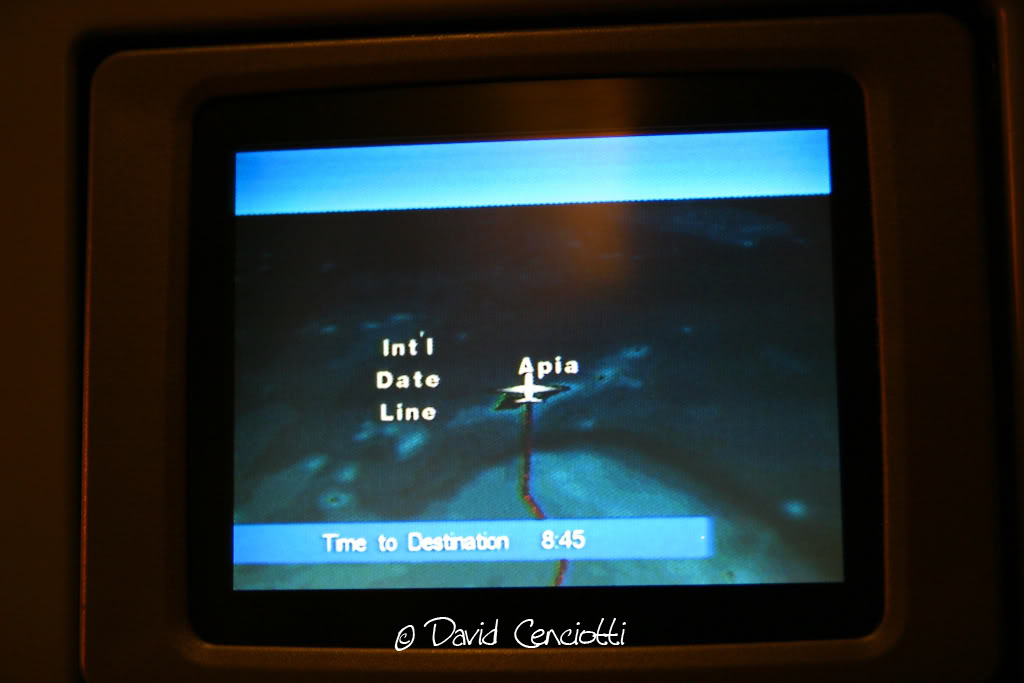 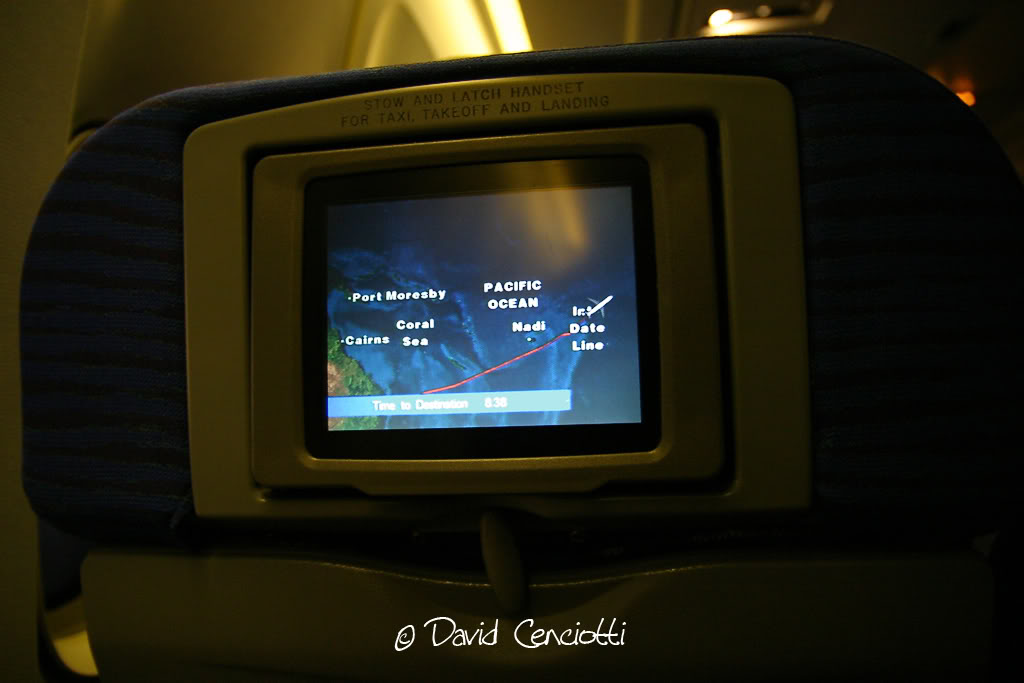 The following screenshot from Google Earth shows the B747-400 QF175 at Brisbane airport on Apr. 16, 2007, just a few days I boarded the same flight from the same terminal and stand at BNE airport. 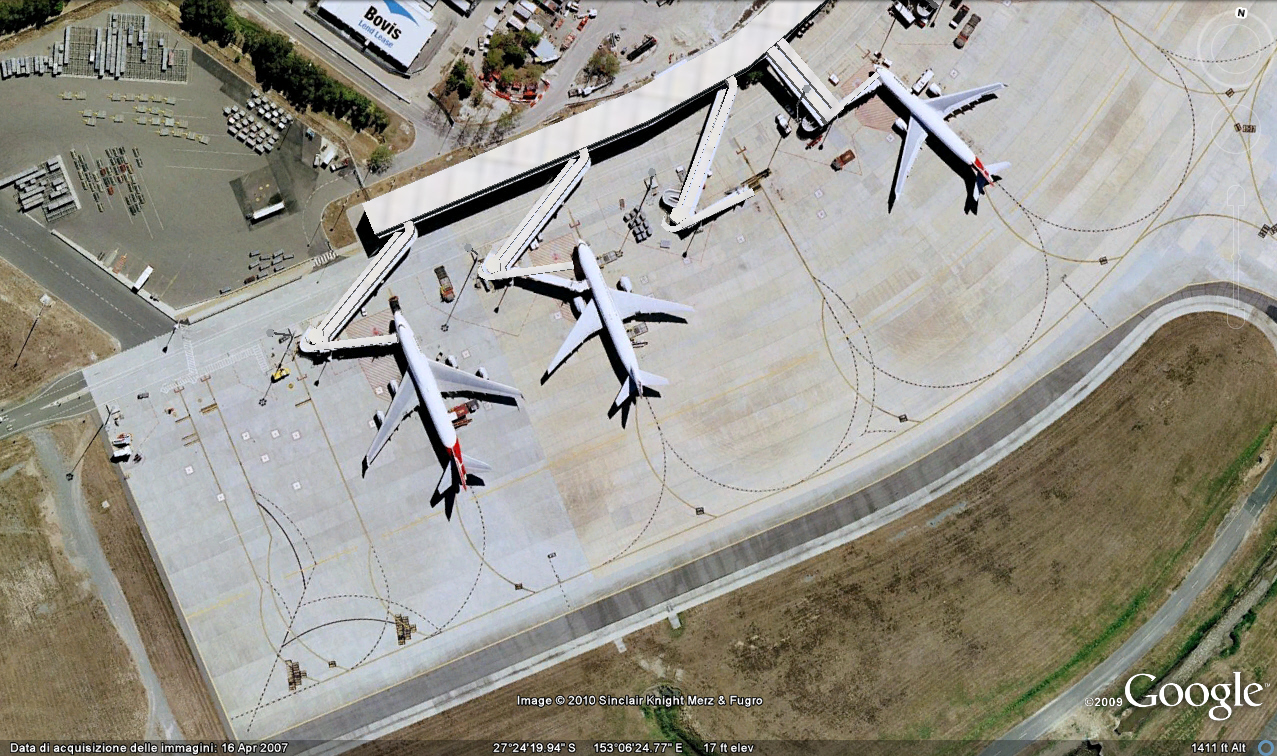