The Italian Air Force has recently received the first of five Eurofighter Tranche 1 Block 5 fitted with the PIRATE (Passive Infra-Red Airborne Tracking Equipment) a passive sensor, combining IRST (Infra-Red Search and Track System) and FLIR (Forward Looking Infra-Red) capabilities. The PIRATE works like a radar but in a passive mode thus without emitting electromagnetic radiations; it detects the heat of the different targets offering a Stealth capability that enhances the overall survaivability of the aircraft. The PIRATE is a compact system whose electronics are installed inside the aircraft. The distinctive sign is the searching head of the sensor, that is located on the left of the nose, just in front of the cockpit. The Block 5 represents the final standard of the Tranche 1 (T1) offering also some of the features of the initial configuration on the second production batch, that will be delivered from 2008. All aircraft delivered to the ItAF so far, will be retrofitted to the Block 5 configuration; currently two aircraft are already being upgraded at Alenia Aeronautica’s Caselle plant, with the first aircraft expected to be delivered by the Q1 2008. In the meanwhile, Tranche 1 deliveries (29 aircraft) will be completed in 2007. Italy has contracted for 96 Eurofighter so far, 22 T1 and 74 T2. Tranche 3 buy, still under negotiations, includes further 46 Typhoons.
On October 1st 2007, the first Eurofighter will be taken on charge by the 12th Gruppo at Gioia del Colle, a squadron currently flying the MB-339CD. The last squadron to receive the Typhoon could be the 156th Gruppo, also based in Gioia del Colle, the first presumed to have a multi-role capability. However, this is not clear now: the ItAF Chief of Staff Gen. Vincenzo Camporini, recently said that Italian Typhoon will be restricted to the air-to-air role, since the air-to-ground one is going to be handled by the F-35 Joint Strike Fighter (JSF) but it is at least strange that Italy will not exploit the aircraft capabilities after signing the Future Capabilities Programme (FCP) in March 2007. Consequently, according to the current plans, Italian Typhoons are not to be provisioned for the attack role even if there are many chances that weapons will be transferred to the Tranche 2 fleet when AMX and Tornado are phased out. Anyway, for the moment, not only the Block 5 version includes the installation of an ILS (Instrumental Landing System) but is the first version to integrate Enhanced Weapon Training Facilities, which allows the simulation of different external loads on both air-to-air and air-to-ground missions. Furthermore, the Block 5 aircraft exploit 100%  of the Typhoon’s digital flight control system that gives the aircraft an improved manoeuvrability and an extended flight envelope (9 g at subsonic speed and 7 g at supersonic speed).
On August 6th 2007 I visited Grosseto to watch the intense flying activities of the 4th Stormo. I spotted the first Block 5 Eurofighter (Claudio Carretta wrote me after reading this post that MM7285 “4-16”, one of the single seat Eurofighter I spotted in Grosseto, is the first Block 5 taken on charge by the Italian Air Force) and witnessed how many day and night missions both the locally based 9th Gruppo and 20th OCU are flying these days, as the pictures below show. 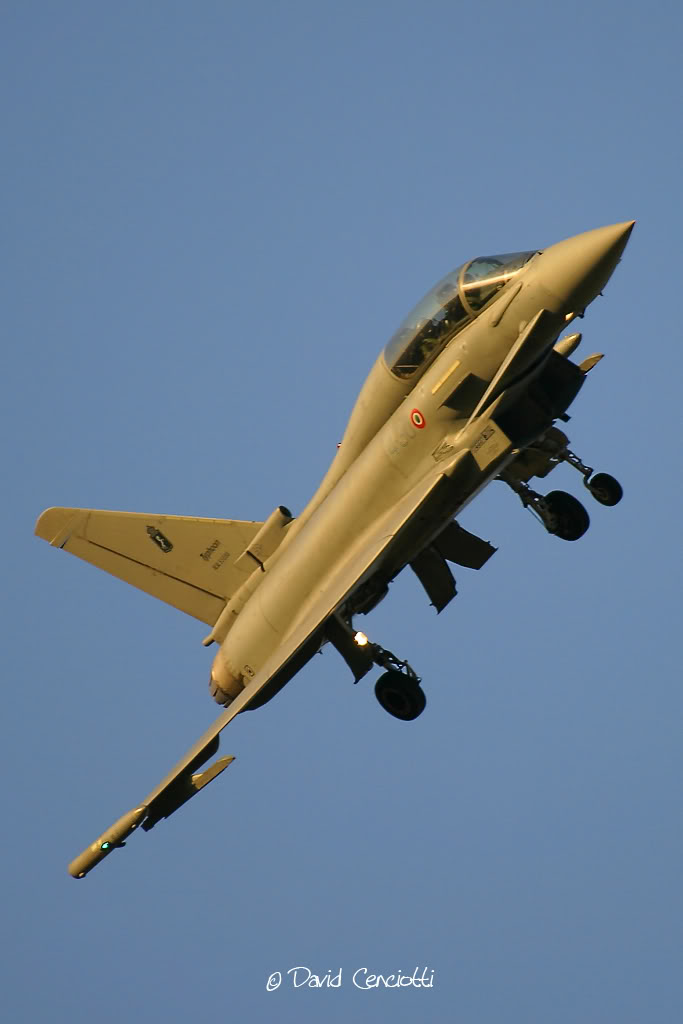 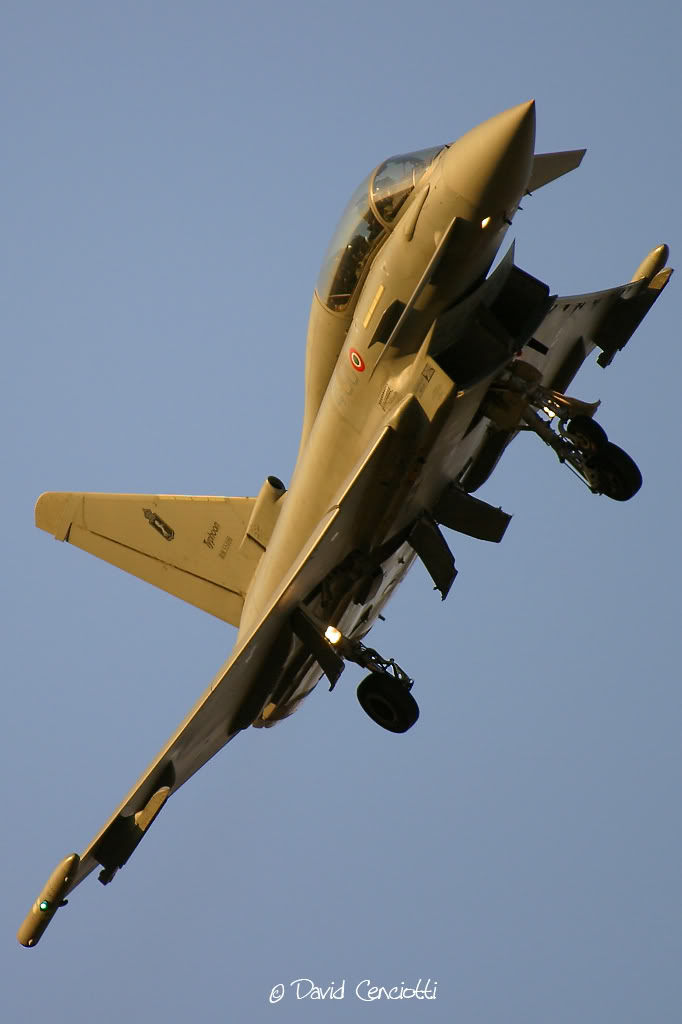 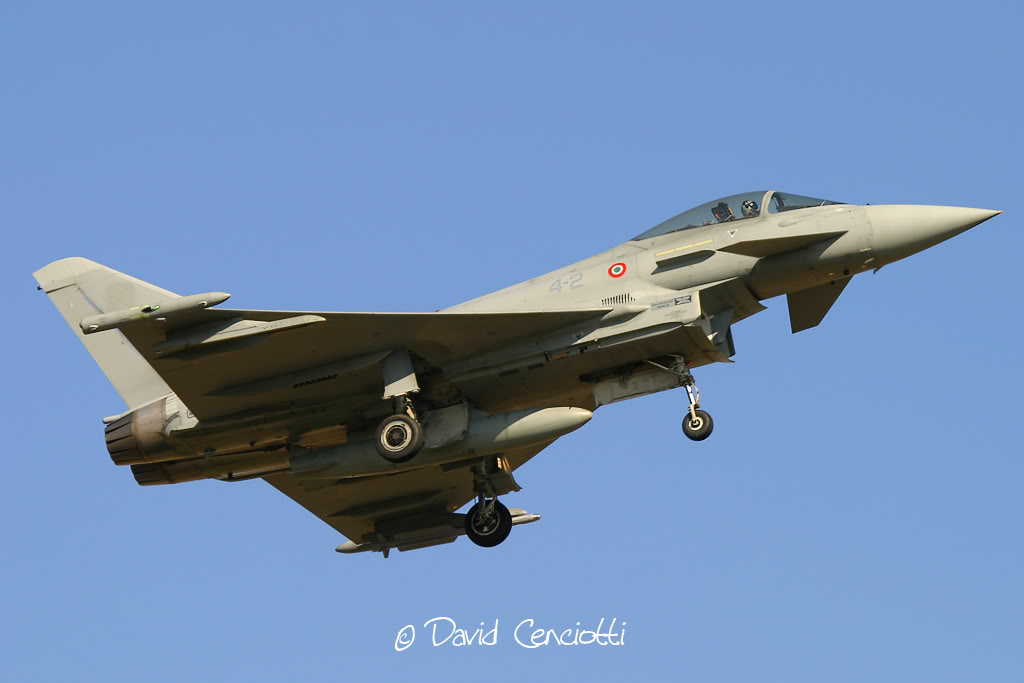 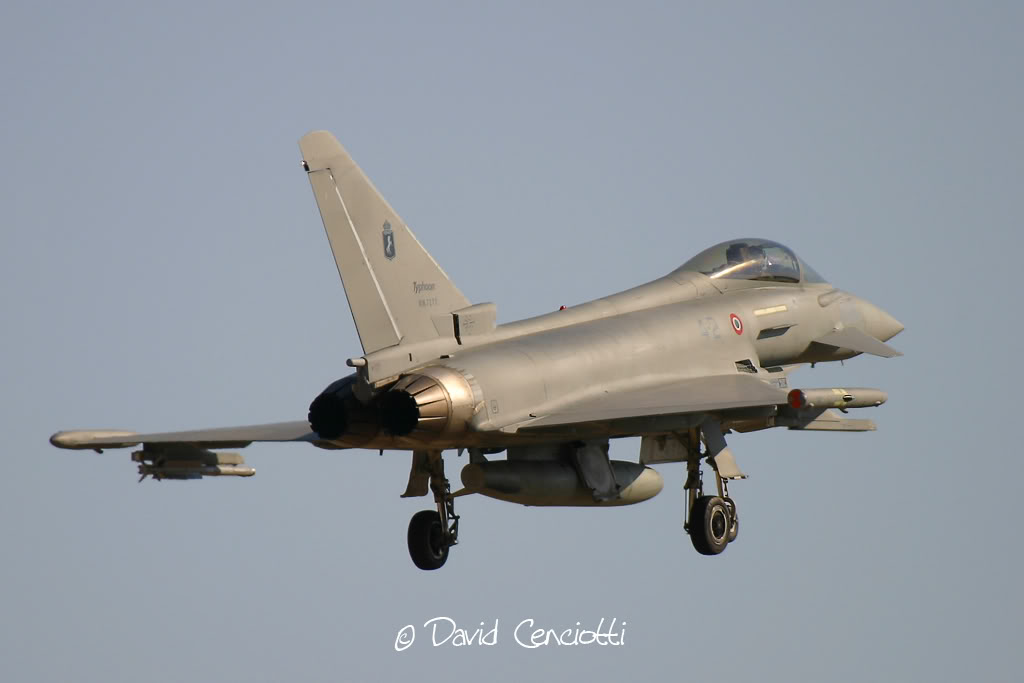 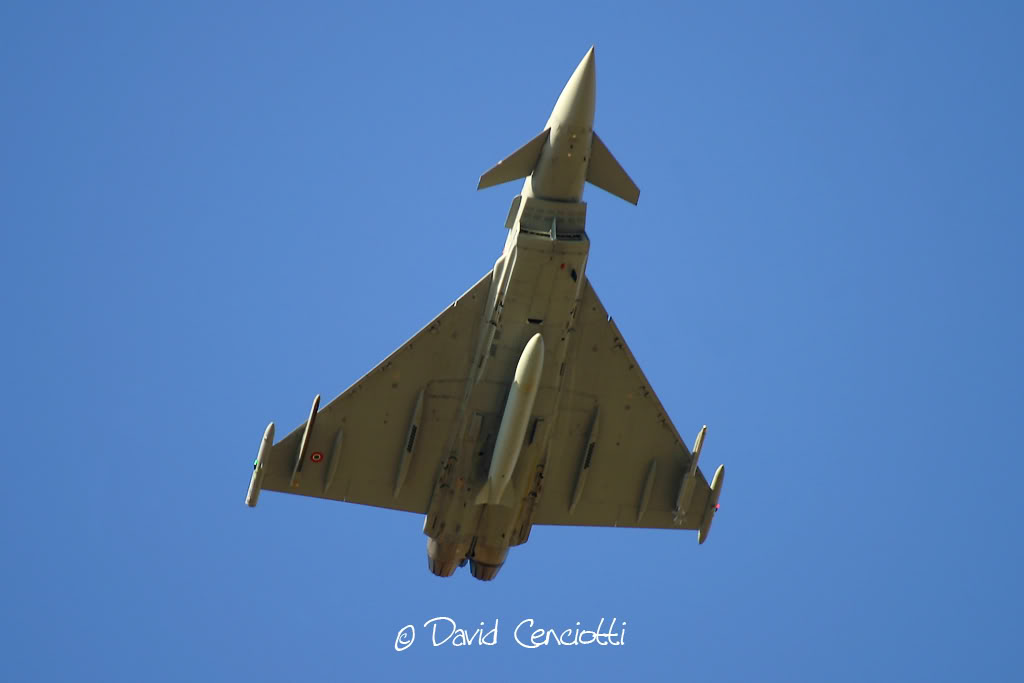 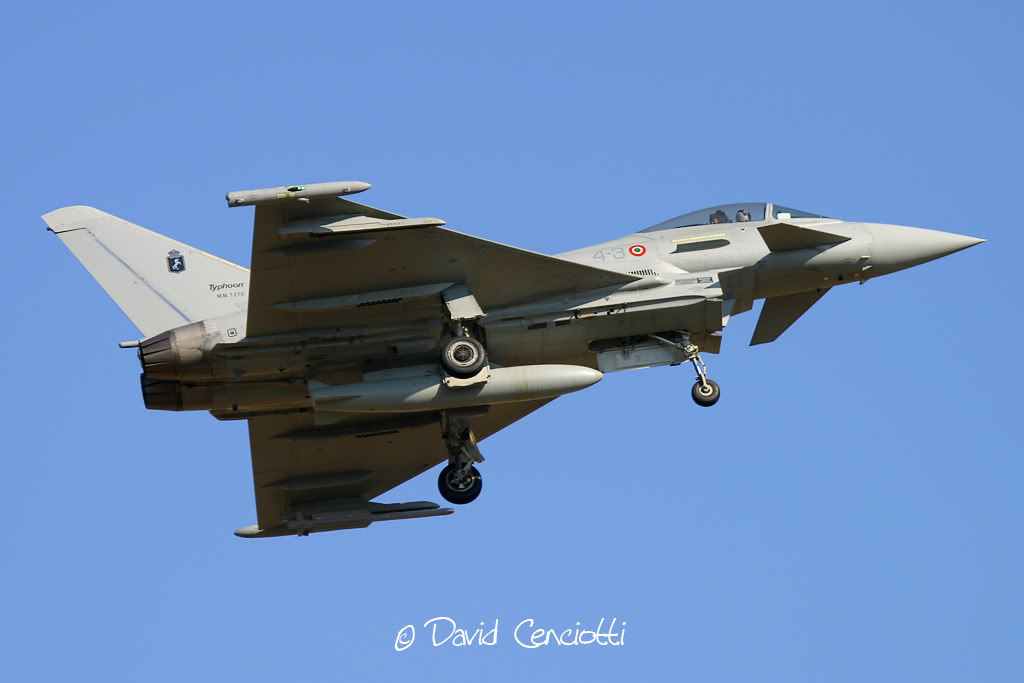 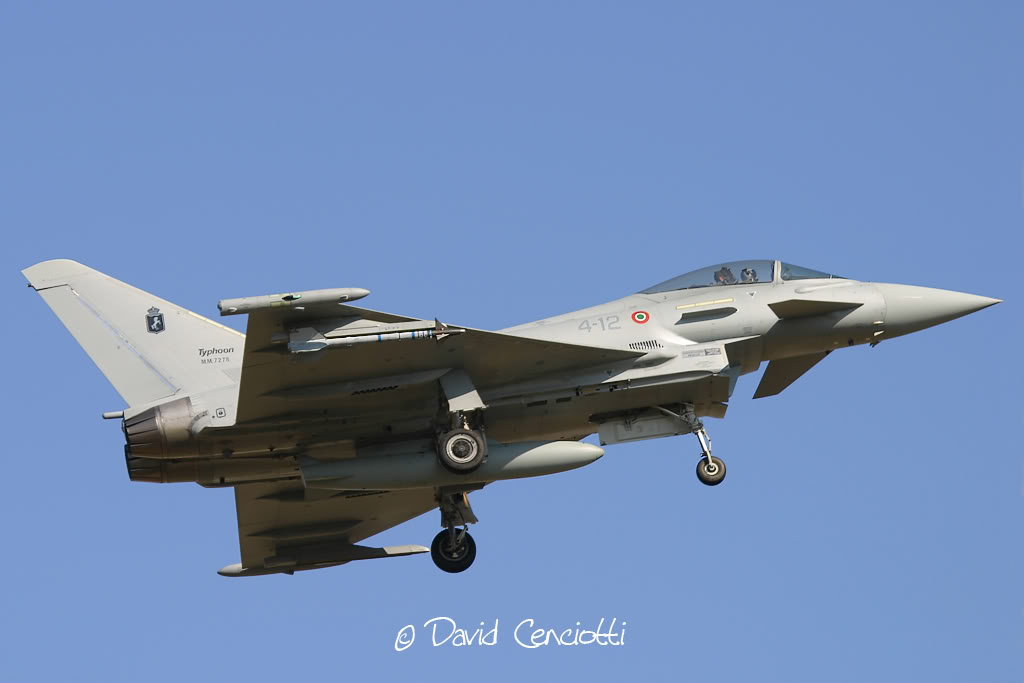 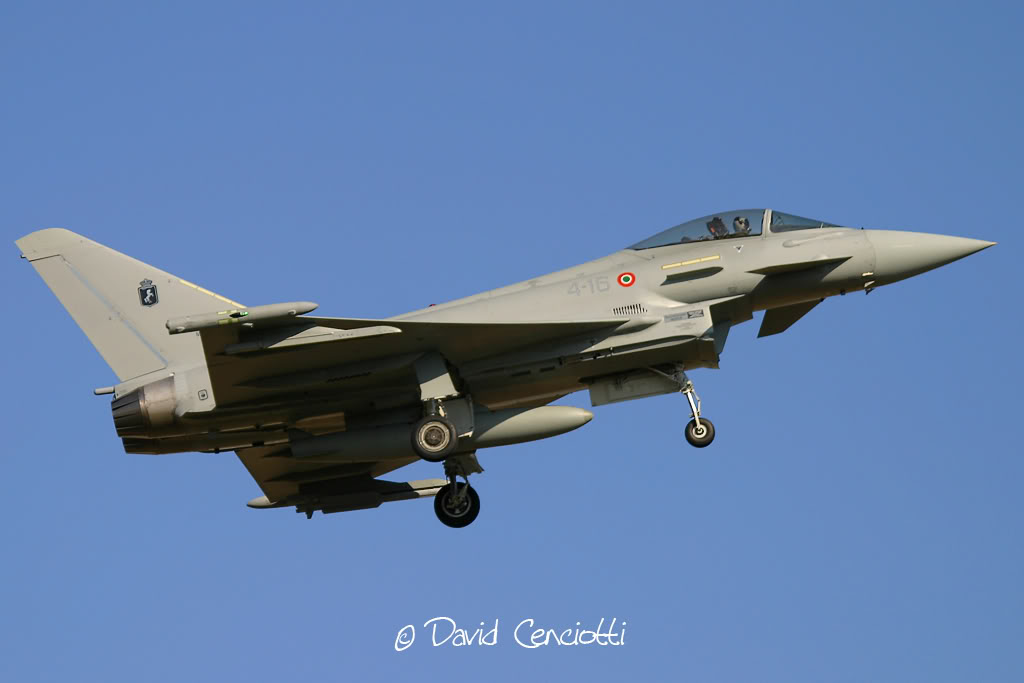 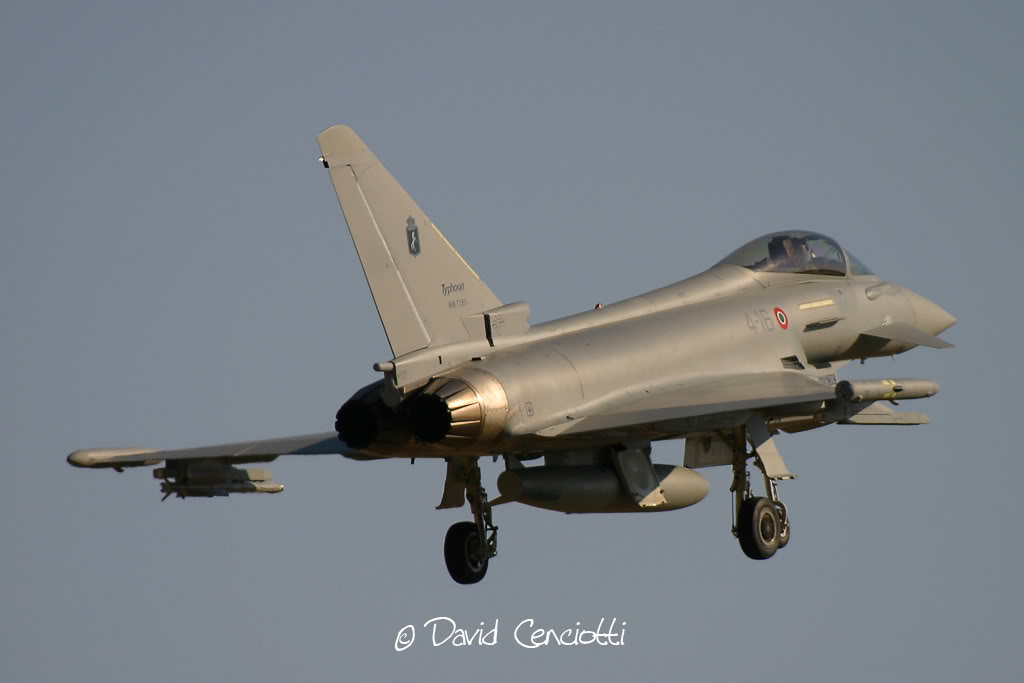 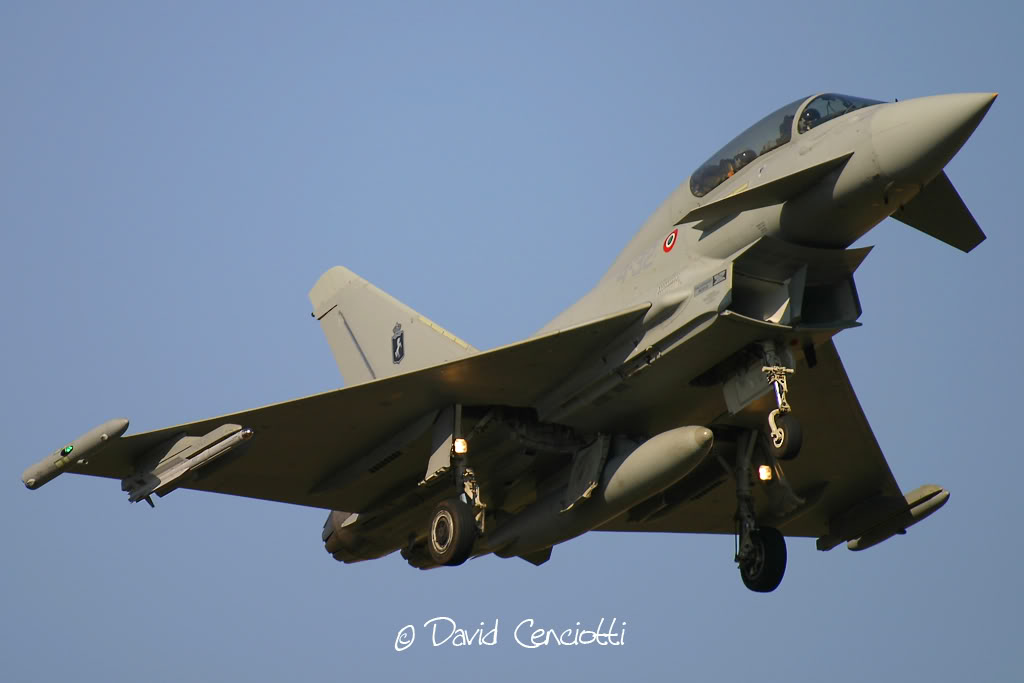 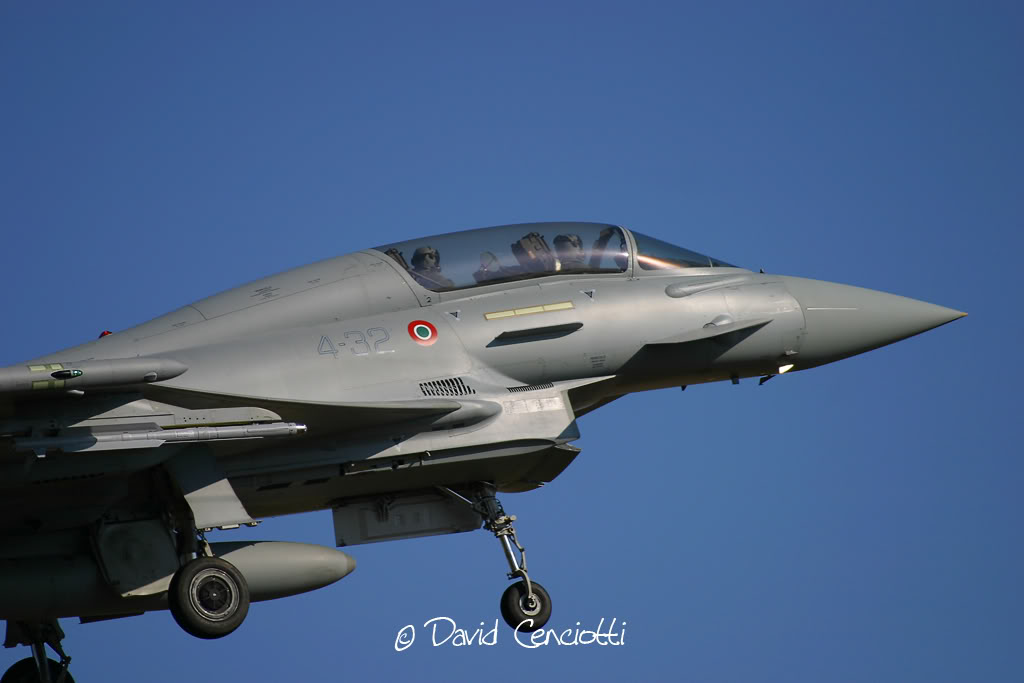 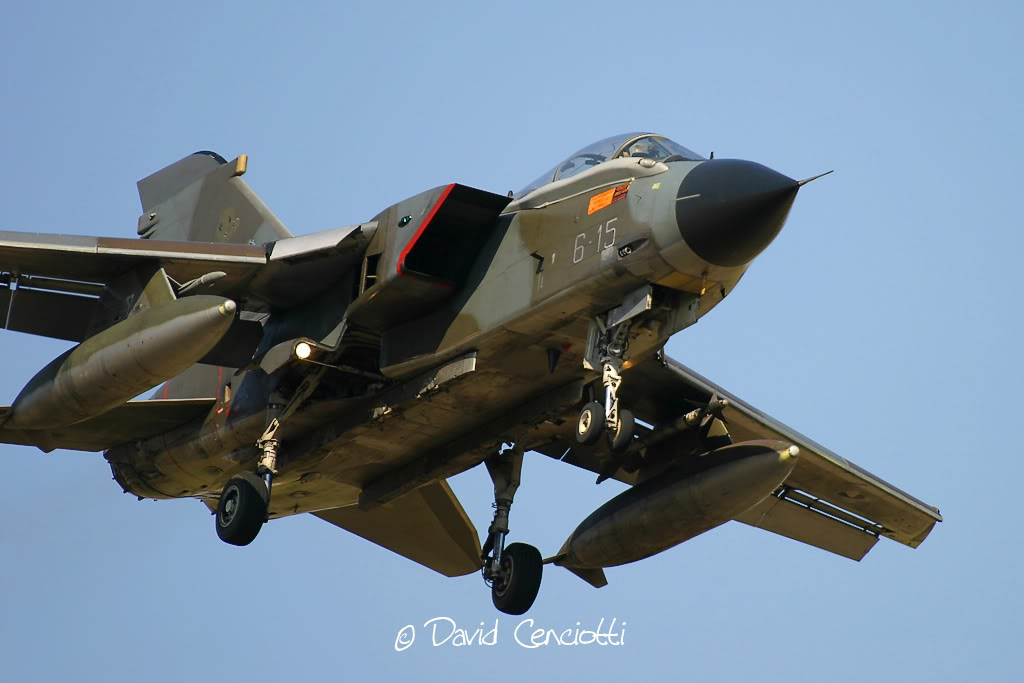 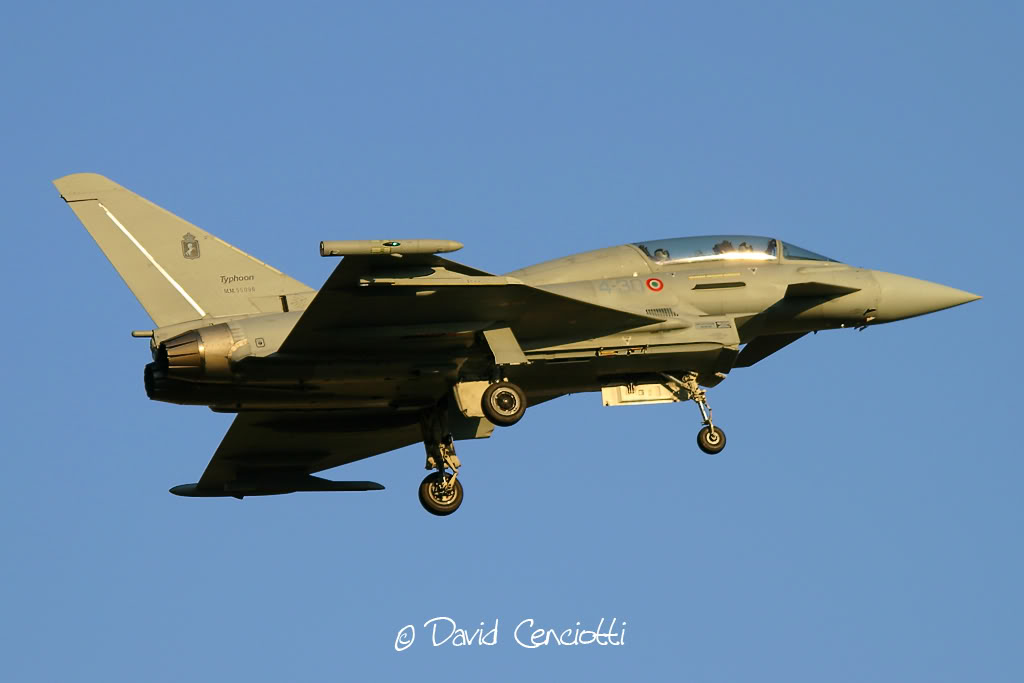 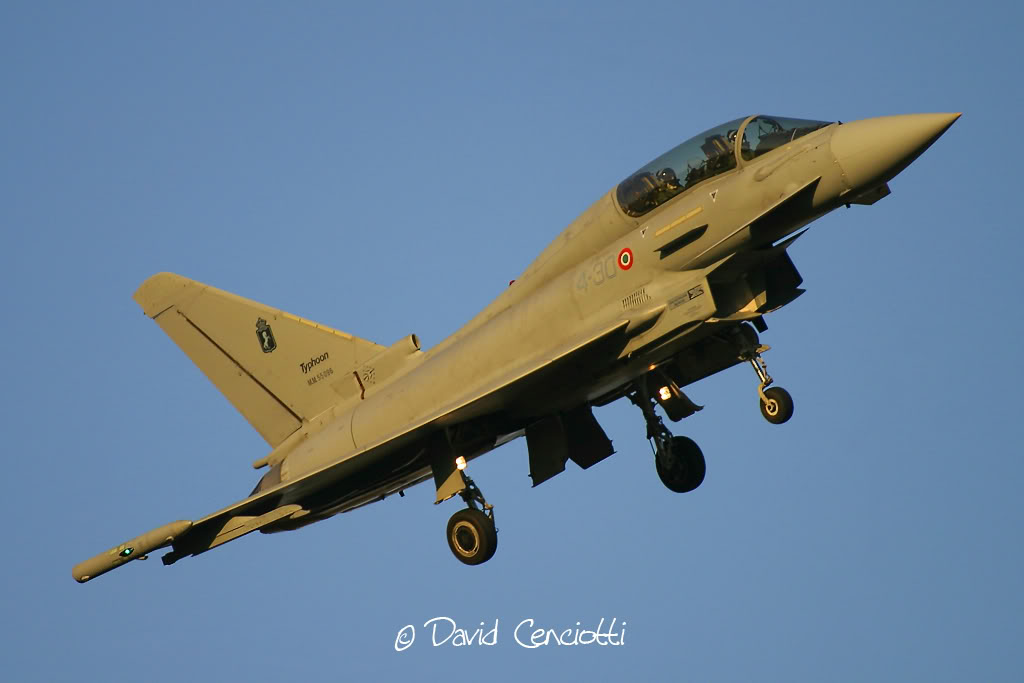 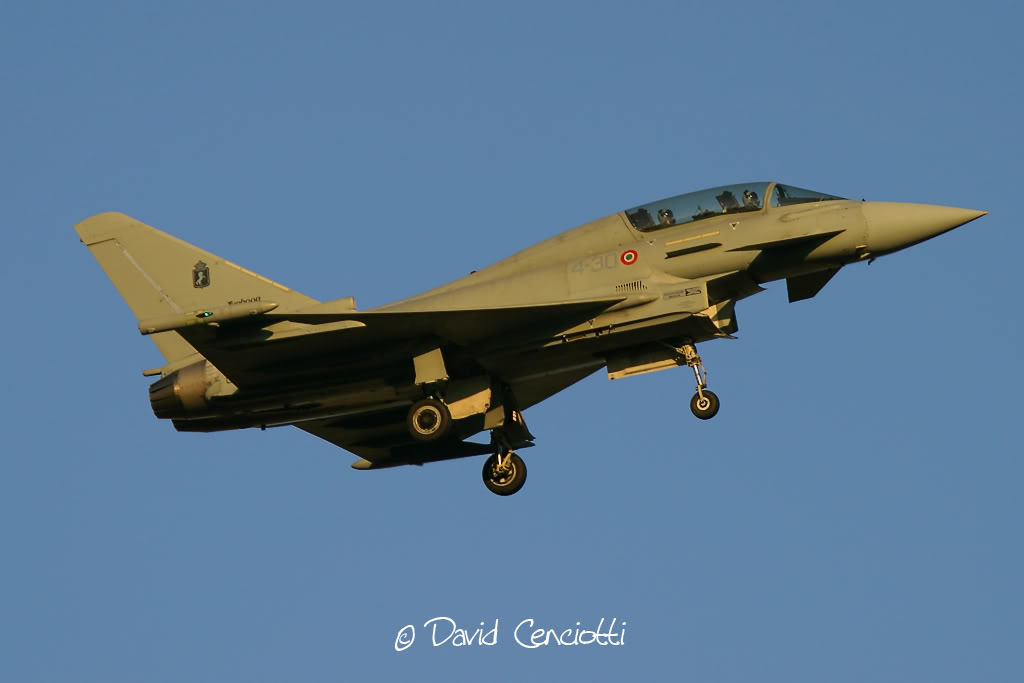 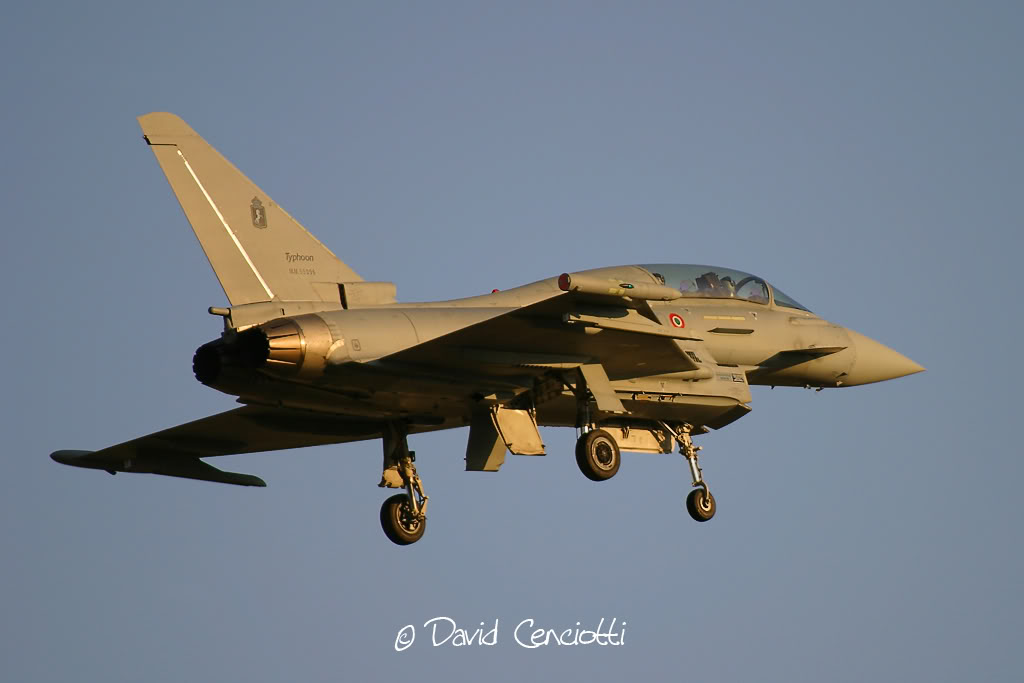 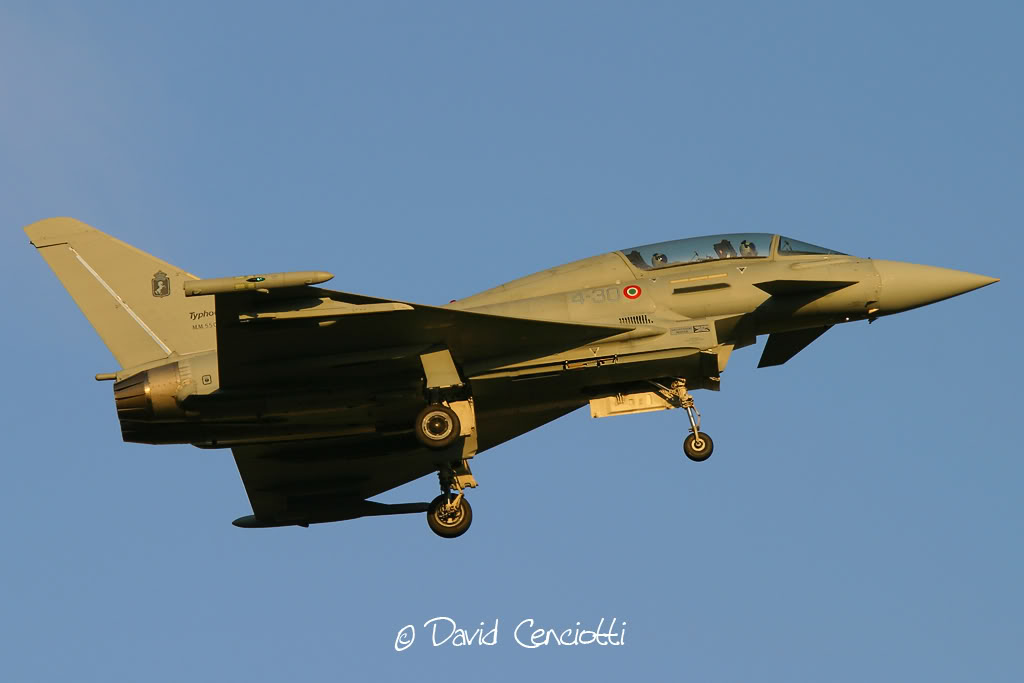 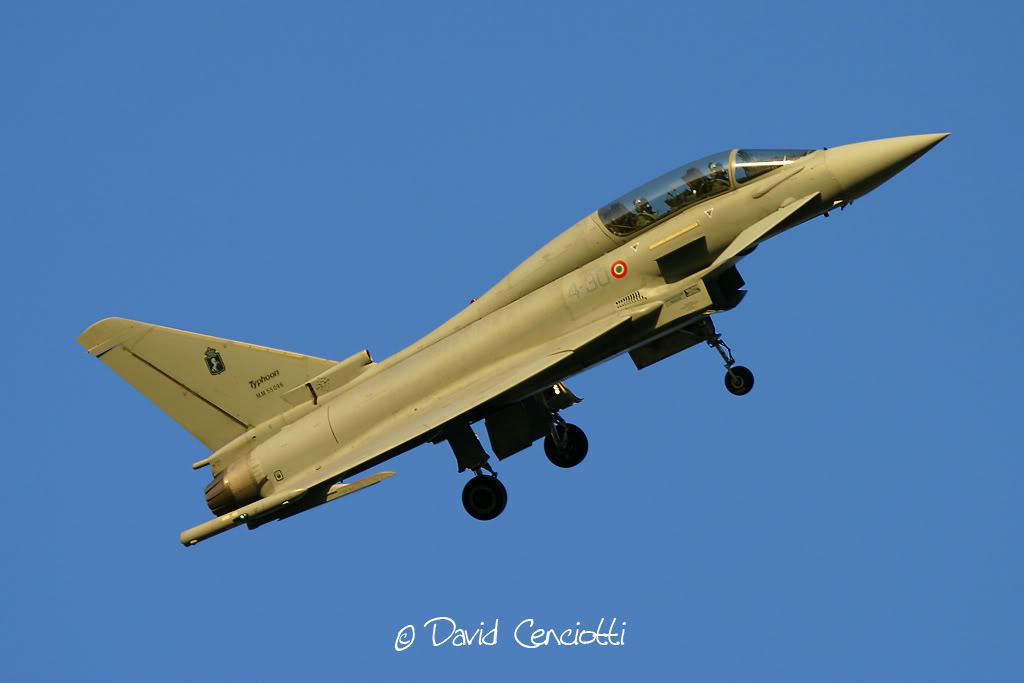 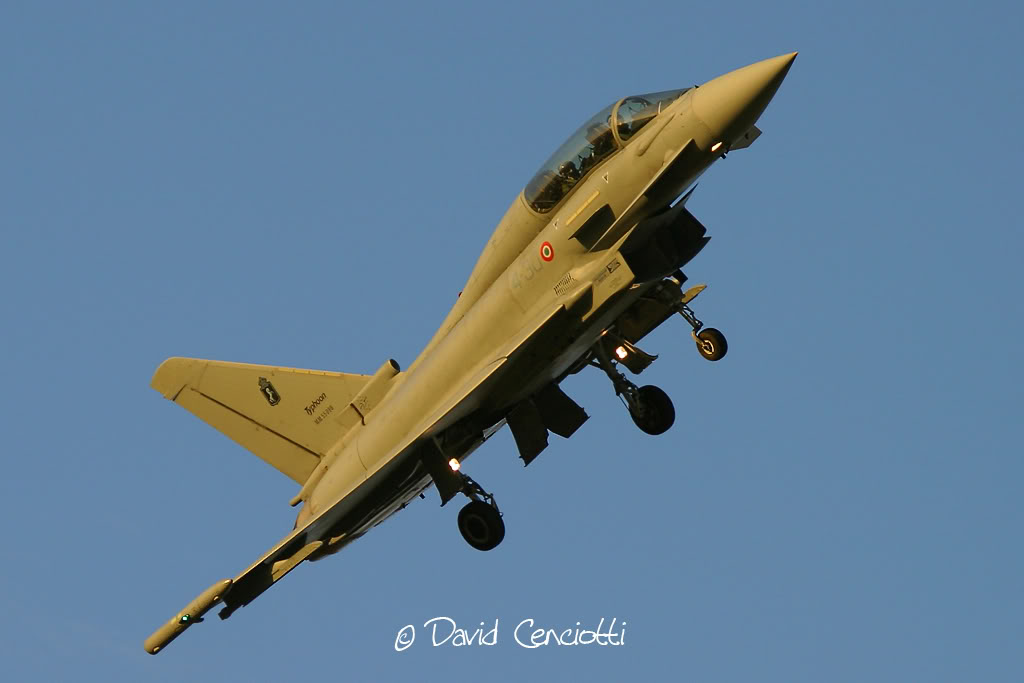 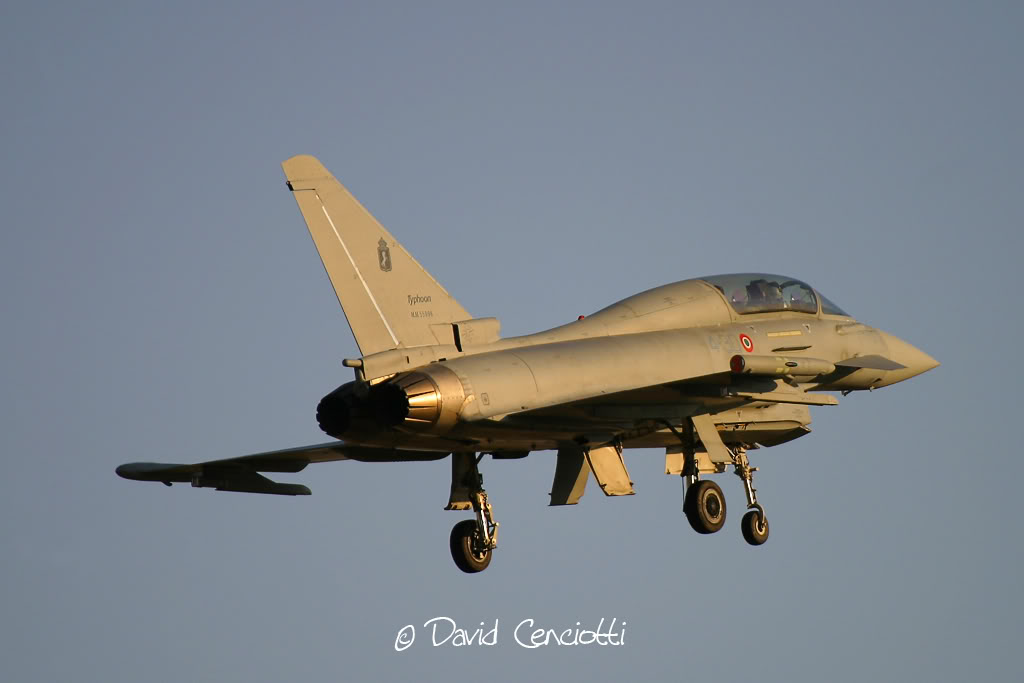 An interesting easter egg was discovered in the last weeks by a student that found that by depressing CNTRL+ALT+A on the keyboard when using Google Earth, he was given access to an embedded flight simulator (once you have used the flight simulator […]