Last weekend we have attended the second edition of the Poznan Aerofestival air show. And here’s a report.

After the last year’s moderate fiasco, with numerous organizational problems, many people were highly skeptical that the Aeropact company, collaborating with Poznan International Fair, would be able to tackle the challenge of organizing an international air show at a normally operating airport. 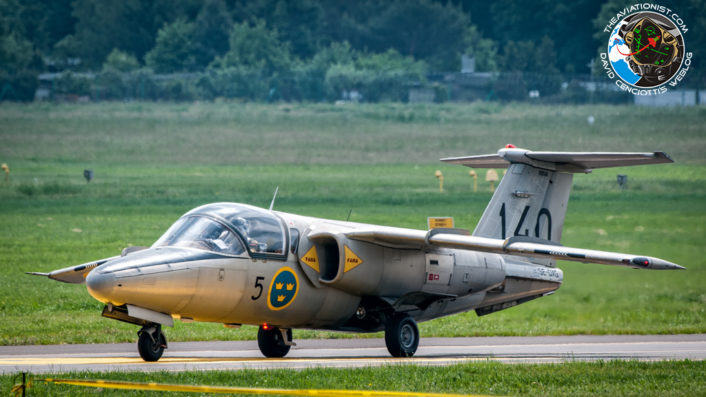 The ticket prices were lowered, in comparison with the last year’s event and this, supposedly, was to attract the disappointed audience, which had lost its trust in the Poznan show.

The organizers planned to squeeze the dynamic show in 720 minutes: the Polish Air Navigation Services Agency, long before the show, issued several arrangements, according to which three blocks of flying were to be expected, with landings of the airliners between the display time slots. 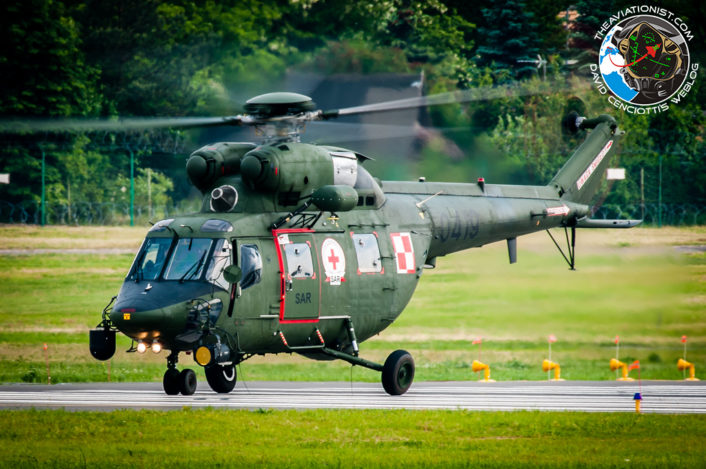 The flight display was quite impressive, with the F-16 fighter jets dominating it.

Notably, the F-16 Falcon jet of the Polish Air Force attended the static display: this is an interesting highlight, since for the first time in 10 years of operational use of the jet, the fighter made a full-stop landing at Poznan-Ławica International Airport, arriving for the show. 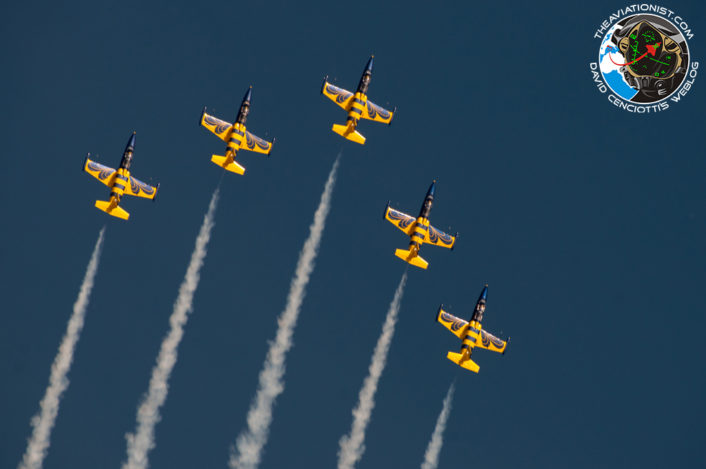 The Viper’s maneuverability was widely demonstrated by several solo display team, including the Polish Tiger Demo Team, Belgian Air Component Solo Display and Soloturk, that operated from the Krzesiny Air Base, due to the maintenance requirements of the airframes.

Most probably, the logistical side of the air show was also easier to handle, having a fully operational F-16 base at hand. 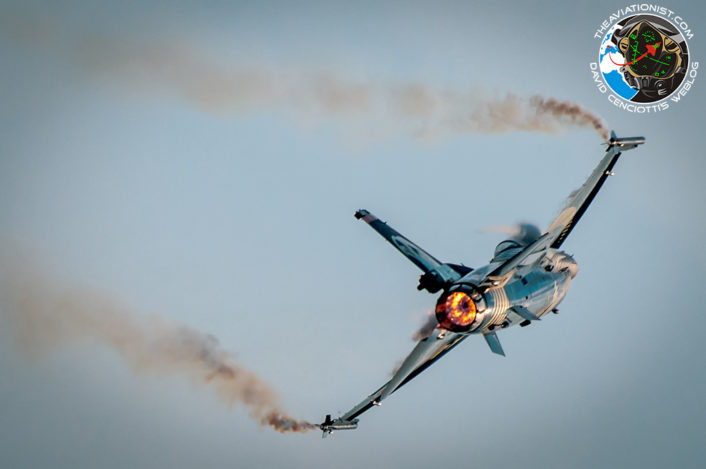 When it comes to the Falcon demos, they were entirely different. The Turkish one seemed to be the most dynamic, since it had quite a flat profile, throughout most of its length. It also featured many flares. The Polish Tiger team, on the other hand, has shown more of the F-16’s power and spatial capabilities.

Additionally, looking at the Polish Air Force’s participation in the dynamic part of the show, one of the highlights was the Su-22 Role Demo Team, with the Fitters wearing the new, gray camouflage scheme.

Obviously, the Su-22’s display was not nearly as spectacular, especially when compared to the Falcon.

The Polish Air Force has also sent F-16, CASA C-295M, W3-R Sokół and M-28 Bryza aircraft, all of which formed the modest static display at the Aerofestival Air Show, together with Viggen and Saab 105 of the Swedish Air Force Historic Flight team (both of which also flew dynamic displays).

A few sentences should be written about the Viggen too. The jet gave a spectacular demonstration of its capabilities exhibiting its capacity to astonish; even though it is a historic aircraft, the raw power and noise made by the Volvo RM8 engine constitute a great highlight, that needs to be witnessed for appreciation. 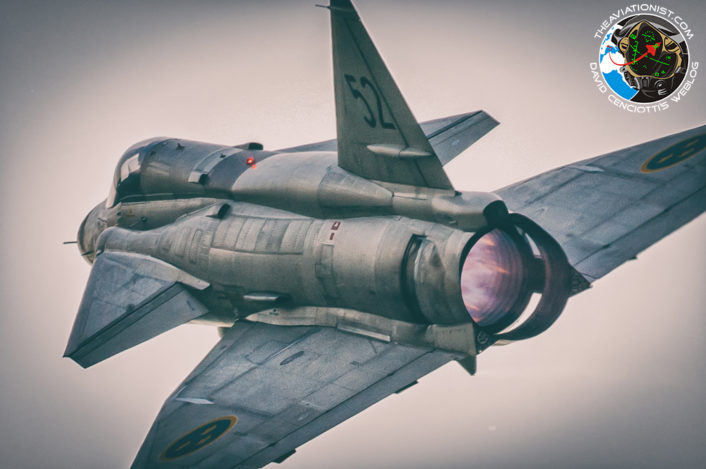 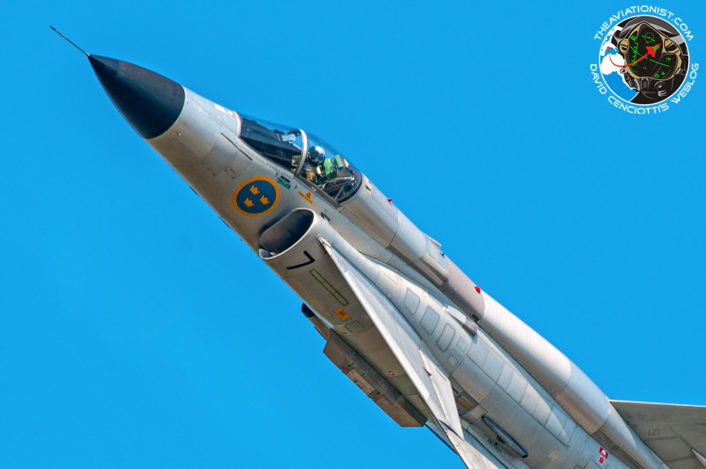 Also from Scandinavia, the Grumman Ag-Cat Bi-Plane of the Scandinavian Airshow team performed a poetic and romantic display made even more interesting by the smoke coming out from the airplane, in red and white colors, corresponding with the Polish national colors. The smoke gave an impressionist appearance to the spectacular show formed by the great piloting skills exhibited by Jacob Hollander.

Another highlight of the show was the TS-11 Iskra display, with the Iskra coming from the Polish Air Force Academy. This aircraft, usually flown in a formation demonstration by the White-Red Sparks aerobatic team of the Polish Air Force, performed a solo display, handled by Sławomir Hetman.

The Polish Air Force also sent its Orlik Team to Poznan that was also stationed at the Krzesiny airbase. 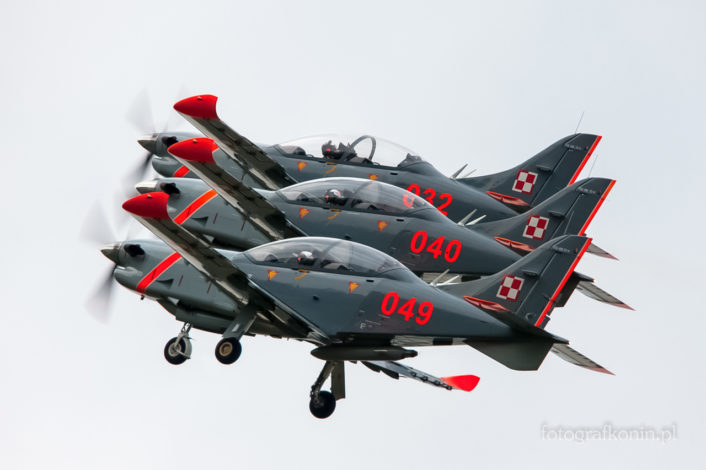 The show also featured historic aircraft, including Yak-3 or Texan Trainer, both of which constituted an interesting added value, that contributed to the variety of the show.

When it comes to the aerobatic teams, the Aerofestival featured several smaller teams flying propeller driven aircraft, such as 3 AT-3 or The Victors, as well as the Baltic Bees Jet Team, showing some new formations and new flying programme which was premiered at Ławica.

Notably, the Żelazny Aerobatic Team, formed by Extra 330LC and Zlin aerobatic airframes, along with Fox sailplane, also took part in the dynamic display over Poznan.

When it comes to the show schedule, the only highly anticipated highlight that missed the event was the MiG-15, which could not attend the Aerofestival, due to the technical problems.

The organizers have solved most of the issues that occurred during the first edition of the show and added numerous highlights, including the fighter jets demonstration teams. The show announcer was also well prepared and provided substantial information to the spectators, without making any errors.

The only deficiency this year is the fact that the static display was quite modest.

Moreover, the air show was blessed with good weather.

If the tendency we have witnessed at Poznan is maintained, the organization continues to improve and the flying program becomes more attractive year by year, Aerofestival may become an important point on the European air show map. 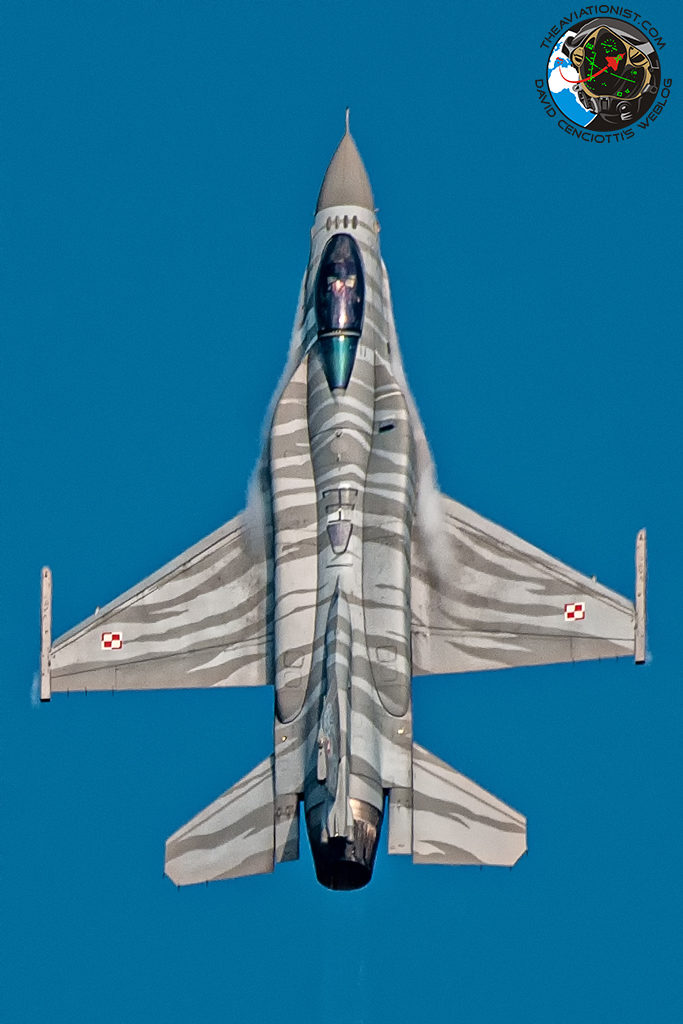 Impressive Videos of the Ukrainian Air Strikes on Donetsk

Ukrainian Air Force’s Gunships and Attack planes have been extensively involved in the offensive in Donetsk. On May 26, Ukrainian Armed Forces launched a military operation to regain control over the international airport in the […]