The Armament Inspectorate of the Polish Ministry of Defense plans to acquire new air-to-ground ordnance for the F-16 Block 52+ jets, the backbone of the Polish Air Force.

The organ announced that a technological dialogue procedure has been initiated, the goal of which is to carry out a relevant market analysis and gather the knowledge about the ordnance which could be employed against the ground targets.

According to the official information, the Polish Ministry of Defense is willing to acquire three new types of armament: Anti-Radiation Missiles, submunition canisters and guided penetrating bomb units.

Within all of the areas listed above, the requests for being included in the dialogue procedures are going to be accepted until May 31. 2016.

So far, the Polish F-16 fighters are equipped with Paveway and JDAM bomb units, as well as the JSOW (Joint Stand-Off Weapon) weapons, complemented with free-fall Mk. 8x family bombs, as the Polish ZBiAM outlet reports.

In the next years, the Air Force will also receive the JASSM (Joint Air-to-Surface Standoff Missiles) cruise missiles – the relevant agreement pertaining to this type of ordnance has already been signed – the contract concluded back in November 2014 assumes that 40 such missiles are going to be acquired.

When it comes to the JASSM missiles “4040” airframe from the Poznan-Krzesiny airbase has recently left Poland and it stays at Edwards Air Force Base, California, undergoing the relevant integration process, along with a Mid-Life Upgrade program (PAF jets will receive the Tape M 6.5 avionics upgrade).

During the summer last year, Orbital ATK company has presented the AGM-88E AAGRM advanced anti-radiation guided missile, during a variety of events, including the Radom Air Show. Currently, the Polish Viper has no ordnance dedicated for SEAD (Suppression of Enemy Air Defenses) operations within its inventory. According to several media outlets, the AAGRM offer is endorsed by the US government. 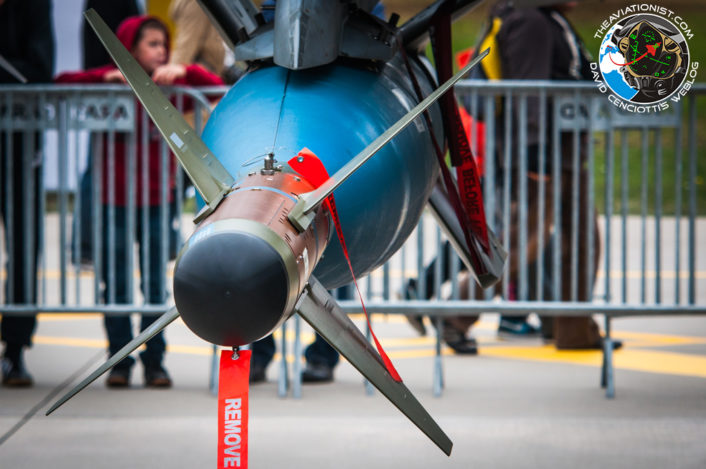