71 combat planes and helicopters flew over central Moscow to celebrate the 71st anniversary of the Soviet victory over Nazi Germany in World War Two on May 9.

The air parade included most of the Russian “hardware” that took part in the Air War over Syria, including the Tu-95 Bear, Tu-22M3 Backfire and Tu-160 Blackjack strategic bombers and the Su-34 Fullback “multidimensional” fighters.

The flypast also featured the Il-76 and AN-124 airlifters, the Russian MiG-29SMT fighter jets, the “Kubinka diamond” made of MiG-29s of the Strizhi (Swifts) and Su-27s of the Russkiye Vityazi (Russian Knights) as well as Mi-28Ns, Mi-35s and Ka-52 combat helicopters flying over the monument of Minin and Pozharsky at Red Square in Moscow.

Here’s an interesting video that shows all of them.

As a side note, the air parade was advertised with banners that had an F-15 painted on them: 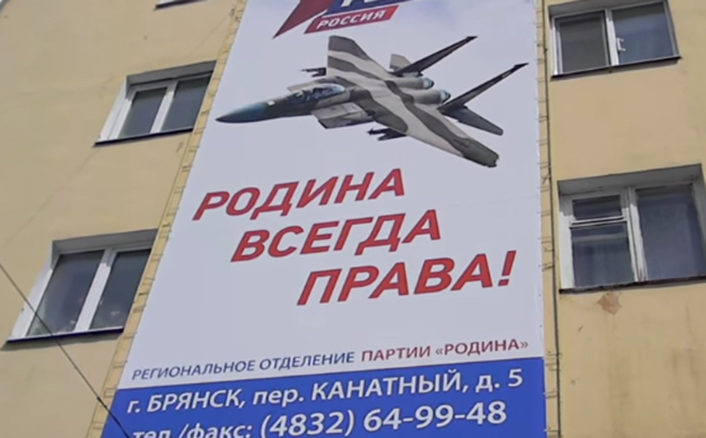 Update: some Russian readers have pointed out that the above one is just an advertising of one of the political parties in the Bryansk city. So, surely, it is a funny designer mistake, bit it’s not connected with any of the officials participating in the parade.

It has happened again….a Turkish Air Force F-16 was locked on by an “unidentified” Mig-29. As already reported, on Oct. 3 and 4 October the Turkish airspace was violated by Russian Air Force Su-30SM and […]