However, the air-drop was largely a failure: out of 21 pallets dropped over Deir al-Zour, in the eastern part of Syria, 10 were unaccounted for, seven landed in no-man’s land and four were damaged.

Interestingly, the UN plane, departed from Amman, Jordan, and trackable online through ADS-B thanks to Flightradar24.com, was escorted by Russian Air Force Su-35S aircraft deployed to Hmeymim airbase. 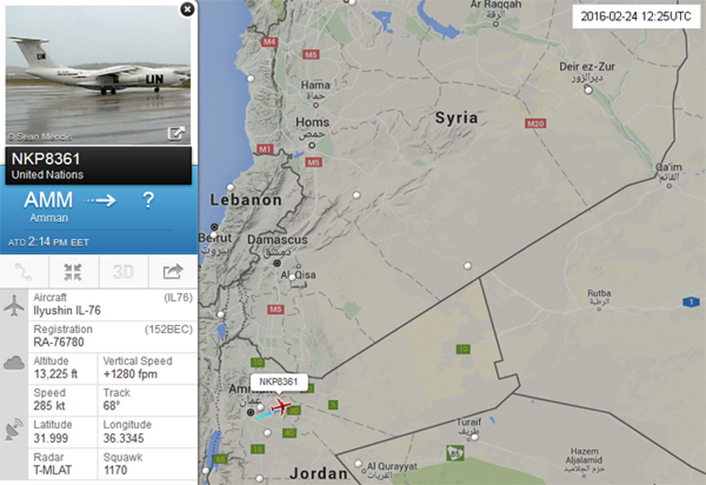 You can see at least one Su-35 Flanker in the video released after the air-drop.

Yesterday, the first video of an Mi-8/Mi-17 using the side mounted machine gun to attack rebels near Azaz, was uploaded on Youtube. Today, another video has emerged. It shows (in the first 20 seconds) an […]

Too cool to be true: a night sortie on board the B-52 Stratofortress. As seen through the Night Vision Goggles

I’m not sure how many recent wars have begun in the same way: swarms of B-52 Stratofortress bombers start up their engine, taxi and take off in sequence to strike a series of vital targets […]