The story of the risky recce sorties flown by the USMC Phantoms over Vietnam.

The reconnaissance Phantom was initially developed in two different versions: the RF-4C for the U.S. Air Force and the RF-4B for the U.S. Marine Corps, with the latter being essentially an unarmed F-4B with an RF-4C nose that contained three camera bays housing a forward looking camera (KA-87, Station 1), that could be rotated to vertical position, and a low altitude horizon to horizon camera (KA-56, Station 2), that could operate at 250ft and 600kts. The third camera bay contained a KA-55 vertical or two KS-87 split vertical cameras, while station 2 could hold either a left and right oblique pair of KS-87s looking through the side windows or a tri-camera array of KS-87s. Part of the mission equipment were also the large, slab SLR (Sideways-Looking Radar) behind the camera bay, and the AN/AAS-18 IR set mounted in the lower fuselage between the intake splitter plates. 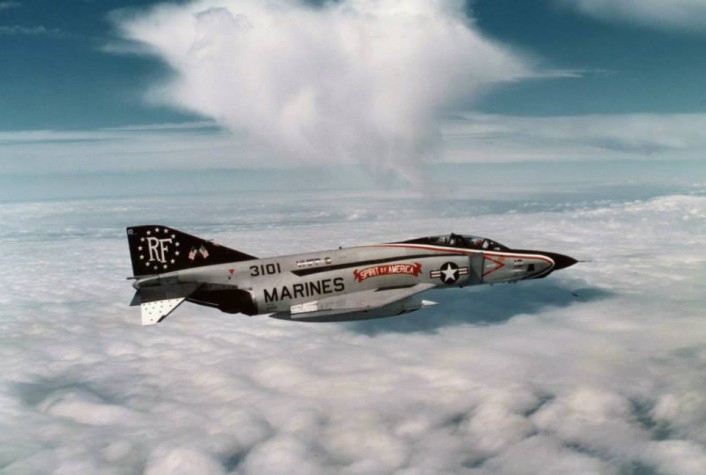 The first RF-4Bs were delivered to Marine Composite Reconnaissance Squadron-2 (VMCJ-2)  at Cherry Point and VMCJ-3 at El Toro in 1965. Within a year it became clear that the rapidly expanding demands of the Vietnam War would require the two units to supply aircraft to VMCJ-1, based at Iwakuni and deployed to Da Nang from Oct. 28, 1966 to Jul. 1, 1970.

Marty Lachow was Project NFO (Naval Flight Officer) evaluating the RF-4B prior to its acceptance by the Marine Corps, and he soon became involved in the aircraft transfer to the Far East as he explained to Peter E. Davies for the book Gray Ghosts: “We departed El Toro on 20 September 1966 with eighteen aircraft, including six RF-4Bs and LTCOL (Lieutenant Colonel) Bill Fleming, with me in the back, leading the pack. We ‘Transpaced’ to Da Nang, landing there on 28 September.” 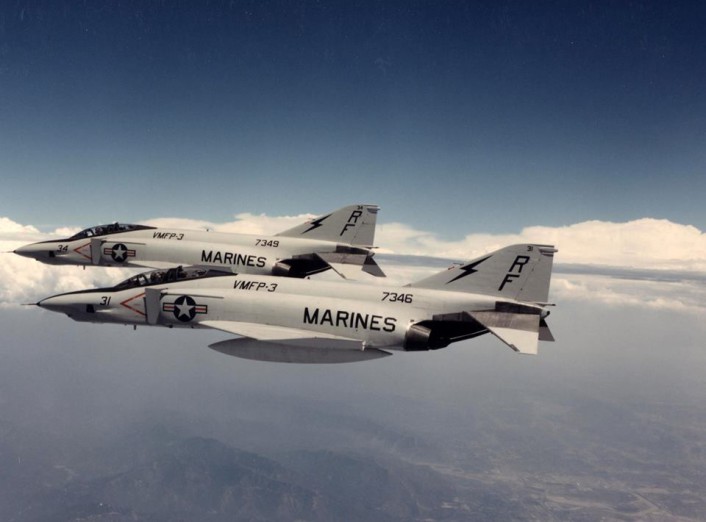 Lachow, who flew over 100 of his 326 combat missions in the RF-4B, remembers very well its first recce missions. He and Bill Fleming flew the first RF-4B mission on Sep. 31, 1966 (a night flight). The most dangerous sorties requested were the so-called “mosaic” type: flying a number of parallel lines to build up a map of an area. These sorties were performed by day or night using either cameras, or the infra-red at night.

They were asked for a mosaic of the DMZ (demilitarized zone) separating the Marines and the NVA (North Vietnamese Army). As Lachow remembers “In order to avoid only one aircraft doing that (sure death) I set up a plan using five aircraft in V-formation. We had each Radar Operator set up a radar position on the other aircraft with Fleming and myself in the lead. The formation took up position some 60 miles out to sea at 40,000 ft and heading in, descending, ‘balls out’. Fleming and I centered on the DMZ. Suffice it to say that one pass was successful, and in all probability both our ‘grunts’ and the NVA all lost their hearing from the sonic boom of five Phantoms passing overhead at 200ft.”

More details about the mosaic missions were added by Jerry O’ Brien, another RF-4B Radar Operator, who told that there was a continuous mission that consisted of approximately fifty-seven lines that lay immediately north of the so-called DMZ. Normally, each aircraft would be assigned two or three lines of this mosaic, which were flown at about 250ft and 600 kts. This policy limited the exposure time in a very heavily defended area. Usually, the planes went in from the sea and shoot one line, coming off target over the hills, and dropping down for another run to the sea. 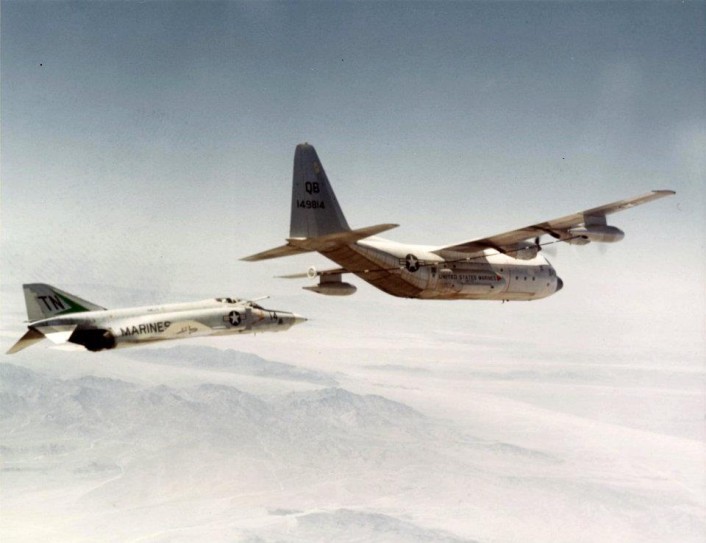 The deployment of the RF-4B in Vietnam increased the amount and quality of data available to ground commanders, and the aircraft speed and agility protected it from many threats. Nevertheless the reconnaissance missions remained a risky business as Lachow once again recalls: “Near the end of my tour Major Ed Love (who took over from Colonel Fleming) and I were tasked to recon/photo the A Shau Valley that our A-6s had bombed the night before. We were low and slow, and I commented on this to Ed, but about this time there was a flash off a hill to our left and BAM!, half our port wing disappeared. Home to Da Nang we went!”