The Egyptian Air Force has received the first three of 24 Rafale jets.

Egypt has received the first three Rafale jets during a ceremony held at Istres airbase, in southern France on Jul. 20.

The three Rafale DM (as the two-seaters destined to the Egyptian Air Force have been designated) represent the first batch of 24 “omnirole” combat planes sold in a 5.6 billion USD deal signed with Egypt authorities earlier this year.

The aircraft, that will be flown to Egypt on Jul. 21, will be used to reaffirm Egypt as a regional power as Cairo faces threats and instability both on its western border with Libya and on the eastern one where Islamic State groups are settled.

The deal with Egypt represents an important export success for the Dassault that eventually secured an order for 36 Rafales in India in April and also signed a deal with Qatar for 24 Rafale jets in May. 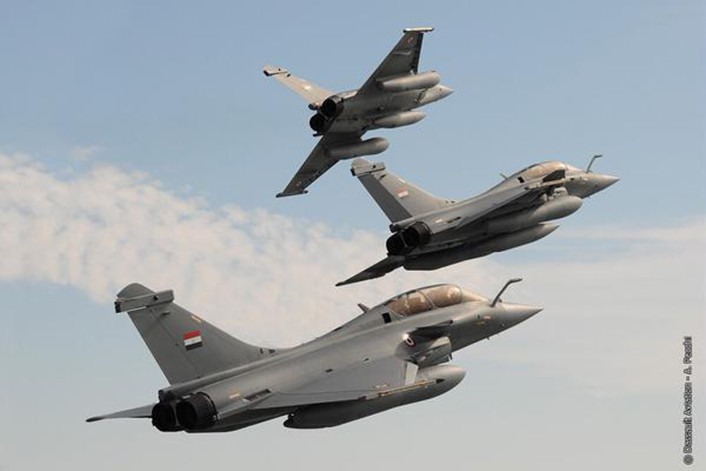