A clip filmed with a smartphone shows a formation of Special Ops helicopters at work north of Baiji in Iraq.

Although the quality of the footage is pretty bad, the clip in this post, filmed by Iraqi forces north of Baiji, Iraq, is extremely interesting.

It shows a formation of four U.S. MH-60 and two MH-47E choppers, followed by two more Black Hawks, flying at very low level during a mission somewhere in Iraq.

The helicopters belong to the US Army’s 160th Special Operations Aviation Regiment (Airborne) “Night Stalkers”, a Special Operations unit that has been quite active in the region since August 2014. More recently, the 160th SOAR took part in a “daring” raid to kill ISIS high level operative Abu Sayyaf,  in eastern Syria.

Here below you can find a couple of screenshots: 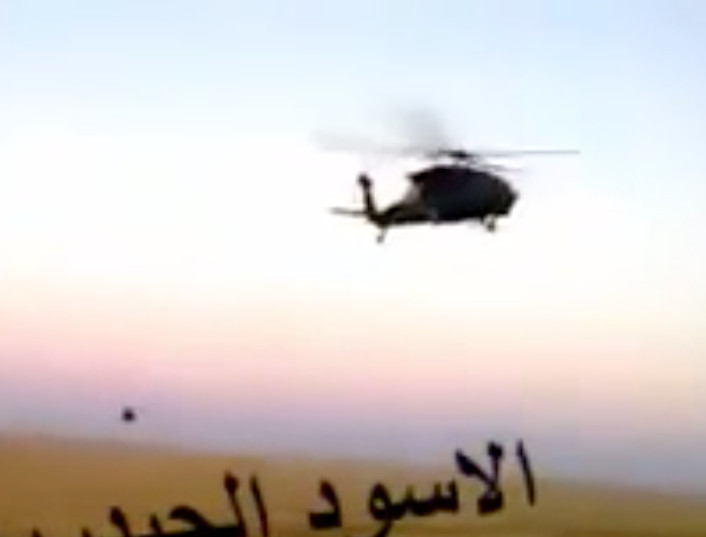 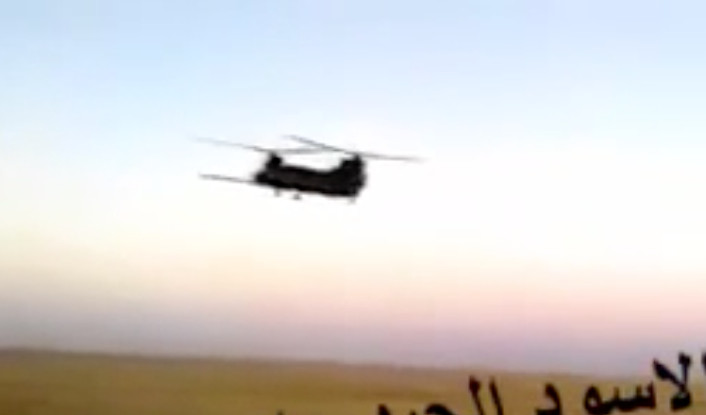 Noteworthy the helicopters are not flying under the cover of night: returning from a raid or heading towards the target?

H/T to @guidoolimpio for the link to the video

U.S. Army’s FARA Program: What We Know About All The OH-58D Kiowa Warrior Replacement Candidates

Boeing unveiled its design for the Future Attack Reconnaissance Aircraft. Now that all candidates are public, let’s see what we know about the helicopters that could replace the OH-58D Kiowa Warrior. On Mar. 3, 2020, […]

U.S. Army Black Hawk Helicopter Hit And Damaged By A Snowmobile In Unusual Accident In Massachusetts

One person, involved in the accident, is in stable condition. A weird mishap occurred in Worthington, Massachusetts, where a snowmobile and a U.S. Army Black Hawk MEDEVAC helicopter were involved in an accident in a […]