The nEUROn stealth combat drone as seen from a different point of view.

The first example of the nEUROn UCAV (Unmanned Combat Aerial Vehicle), is conducting operational testing in the Perdasdefogu range, in Sardinia.

The photos in this article were taken by The Aviationist’s contributor Alessandro Caglieri as the full-scale technology demonstrator returned to Decimomannu airbase at the end of a test flight.

Noteworthy, these were shot from the left hand side of the drone with the extracted undercarriage, and they clearly show the text XAV-5A-003 on the landing gear door along with the flags of the nations that are taking part in the development of the nEUROn France, Italy, Sweden, Spain, Switzerland and Greece.

After completing the testing campaign in Italy, the nEUROn will move to Visdel, Sweden, for weapons trials. 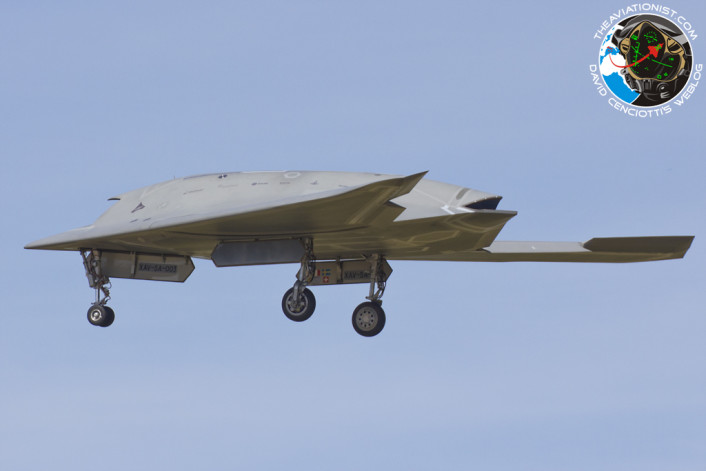 The following pictures, taken by Giovanni Maduli at Decimomannu airbase during Starex exercise have made the news and caused sensation. In fact, the kill markings on the two MB.339CDs of the 212° Gruppo of the […]