The images in this post were taken on Mar. 9 over the Persian Gulf (or “Arabian Gulf” if you want to use the term used by the U.S. armed forces lately). 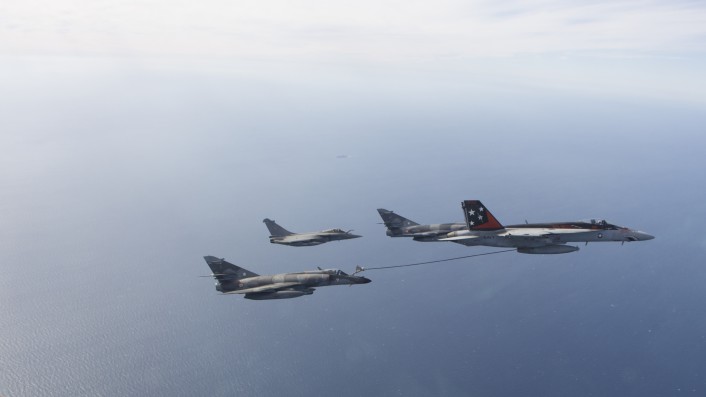 The French and American nuclear-powered aircraft carriers are currently deployed along with their battle groups to support strike operations in Iraq and Syria.

Last week a Rafale Marine “omnirole” aircraft belonging to the 11F operated aboard the USS Carl Vinson in the last of series of joint training events aimed at improving carrier integration. 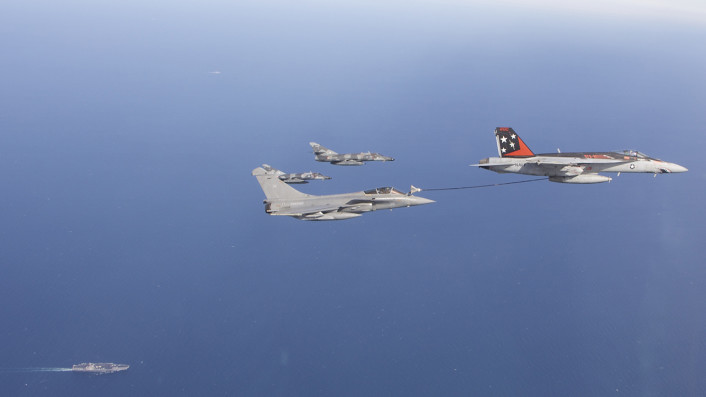 The video was captured by personnel on the flight deck, but seemingly never released before. On August 5, 2017, a U.S. Marine Corps MV-22 Osprey crashed off the coast of Australia while on final approach […]