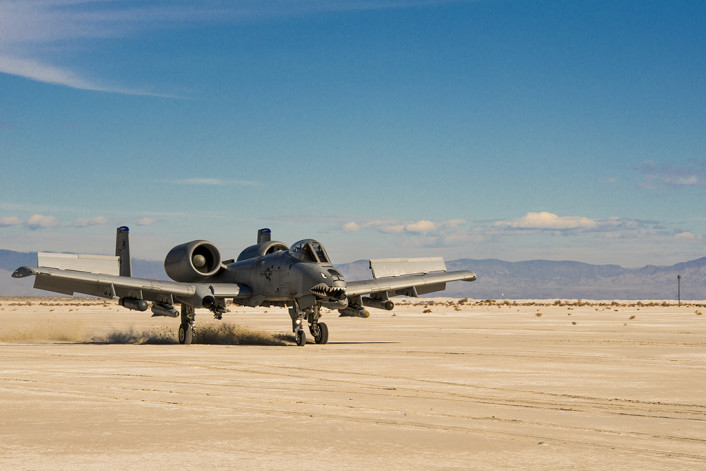 The training activities were supported by 23rd Special Tactics Squadron, from Hurlburt Field, Florida, who provided air traffic control at the landing strip located inside a simulated assault zone “similar to what would be seen in a deployed environment.”

This kind of activity is useful to validate procedure used when operations occur from within a denied territory, where there is no established landing zone under friendly control. 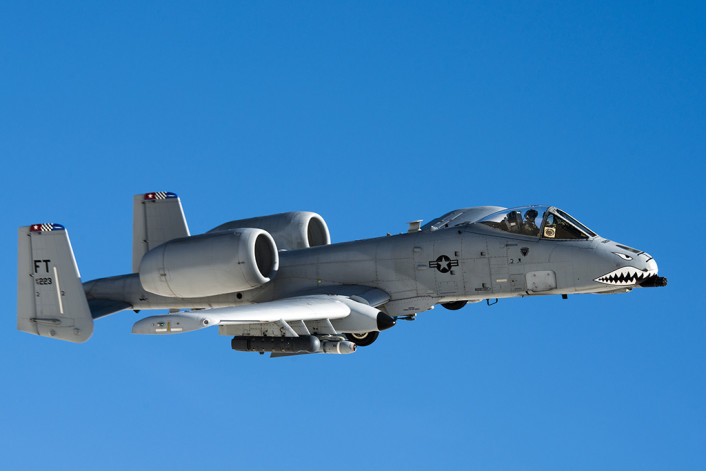 During the training, soft spots on the designated landing strip interrupted the departure of the first Warthog (the nickname of the Thunderbolt) causing the mission to change: subsequent aircraft practiced low approaches without conventional landing aids and instruments including night ones using NVGs (Night Vision Goggles).

To be replaced by the F-35 in the following years, the A-10 is currently supporting Operation Inherent Resolve against ISIS targets in Iraq. 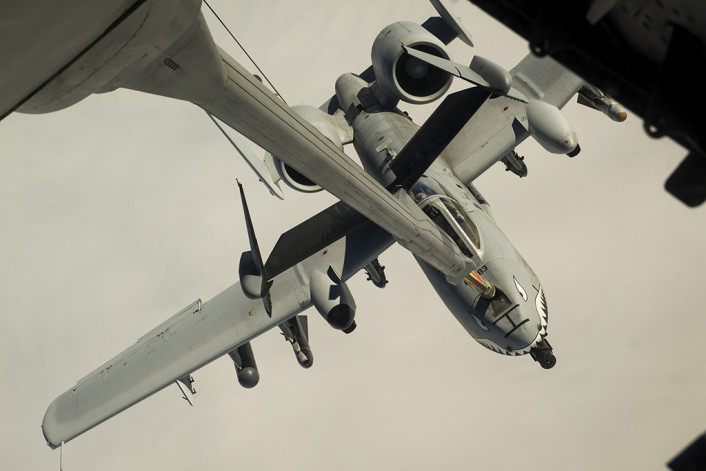 A suit designed to protect the pilot from chemical and biological agents has been recently tested by the U.S. Air Force. The 461st Flight Test Squadron at Edwards Air Force Base, California, has recently tested […]

“Da Bone” taking off = awesome sight. The following video is particularly interesting as it shows a type of departure rarely seen at airbases across the world: the so-called “airborne pickup.” Military aircraft that don’t […]

Enjoy a ride in a P-51 flying in formation with an F-22 Raptor. The following cockpit footage was captured at the 2015 Abbotsford International Air Show . It lets you experience a 360° view from […]