Few days ago Iran reportedly shot down an Israeli “stealth” drone near one of its nuclear enrichment facilities. But there are several weird things in Tehran authorities report of the shooting down.

On Aug. 24, several Iranian media outlets reported the news of an Israeli drone shot down near Natanz nuclear enrichment facility in central Iran.

According to FARS, the Revolutionary Guards Public (IRGC) Relations Department said that the drone was a stealth, radar-evading  model targeted by a surface-to-air missile. Then, on Aug. 25, Islamic Revolution Guards Corps (IRGC) Aerospace Force Brigadier General Amir Ali Hajizadeh said that “The downed spy drone is Hermes and made in Israel.” 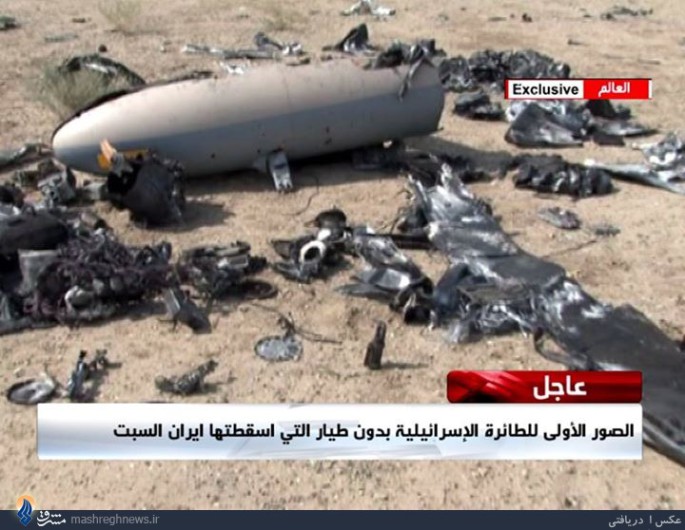 Even if the news that an Israeli drone was operating inside Iranian airspace is not a big surprise, what makes IRGC claims a bit weird is the fact that Hermes drones are not stealth and their operational range is known to be much lower than the 800 kilometers claimed by Hajizadeh (who added that the unmanned aircraft is capable of flying 1,600 kilometers without refueling). And, above all, the shape of the aircraft does not resemble that of a Hermes 180 or 450. 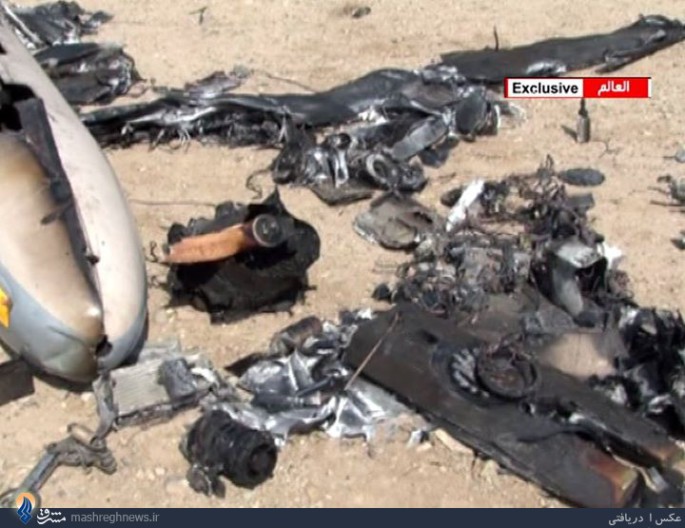 Indeed, the drone is identical to a mysterious drone shot down in 2011 by Armenian forces in the disputed territory of Nagorno Karabakh. At that time Azerbaijan denied the unmanned aircraft belonged to Baku. Then a drone of the same type, most probably made in Israel (with inputs from both the Hermes 180 and 450) was displayed during an Armenian parade as the following image shows. 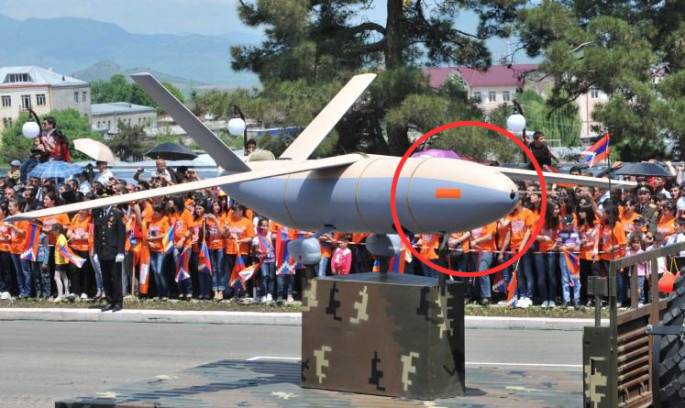 Interestingly, the “Azeri” drone showcased in the parade (nose section has been highlighted to help identifying it in the images of wreckage) didn’t carry any national flag/roundel, unlike the other models operated by the Azerbaijani forces.

We don’t know anything about this somehow mysterious drone but its range is unlikely to make a round trip to Natanz possible from both Azerbaijan and northern Iraq (someone suggested this could be the launch area). Actually, the size of the drone is quite small, much smaller than a Hermes 450, meaning that it’s most probably a tactical, short-medium range UAV.

Indeed, most recent reports said that the aircraft was shot down “on the way” to Natanz. So, it seems more likely that the drone, made-in-Israel (although it’s not confirmed) and possibly launched from Azerbaijan was shot down/crashed somewhere closer to the border and then moved near Natanz.

H/T to Giuliano Ranieri and Farzam Mir for providing additional details to this report.

Even though experts all around the world have already explained why the Qaher 313 stealth fighter jet will never fly unless it is extensively modified and improved, Iran is desperately defending what they consider “one […]