A Chinese ship involved in the hunt for the missing Malaysia Airlines MH370 in the Indian Ocean reportedly detected an underwater ping like those emitted by the aircraft black boxes.

On Apr. 5, the sonar detector-equipped Haixun 01 picked up an acoustical signal on 37.5 kHz frequency, the same as emitted by the Underwater Locator Beacon of flight recorders.

According to Xinhua news agency, the “ping” was detected at about 25 degrees south latitude and 101 degrees east longitude, within the search area of 88,000 sq. miles in the Indian Ocean to the west of Australia, where aircraft, ships and submarines from 26 nations, are currently searching for any debris from the missing Malaysia Airlines Boeing 777 mysteriously disappeared since Mar. 8.

On the same day the signal consistent with the aircraft black box was picked up, a Chinese patrol plane (most probably an Il-76 deployed to Perth), spotted some floating debris (see image below). 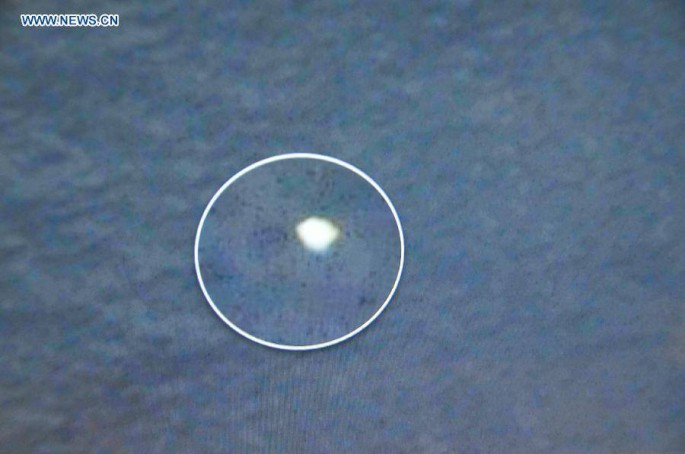 At the moment, there is no confirmation that the signal and the pieces are related to the missing MH370.

Is there a way to prevent a plane from disappearing from the skies as happened to the Malaysian B777?

Current airplanes make several different kind of services available to passengers: interactive media, movie, games, music, but also Internet and telephone. The latter use satellite channels. This links could be used to stream CVR (Cockpit Voice Recorder) and FDR (Flight Data Recorder) data (or just a subset of flight parameters) or, to reduce transmissions and save much money, simply report the black boxes position (coordinates) to ground stations in real time.

Another option is to make Underwater Locator Beacons more powerful and capable to operate for longer periods (they are currently limited to 30 days).

Then there’s another problem to be addressed: the capability of pilots to switch off all communication and navigation systems to make the plane (almost) invisible to radars. Since we can’t be completely dependent on aircrews to track airplanes wherever they fly, any “new” system should be designed in such a way pilots can’t switch it off.

Satellite images of what could be debris from the missing Malaysia Airlines flight MH370 were released on a Chinese government website. The three images, published by the Chinese State Administration for Science, Technology and Industry […]

Search efforts are currently focusing in an area several thousand kilometers to the southwest of Australia and possibly well beyond MH370 endurance. Fifteen days after MH370 vanished while enroute from Kuala Lumpur to Beijing, no […]