“To experience a J58 in full burner close up and personal is hard to describe. Picture a gigantic blow torch, 40 inches in diameter, putting out a blue-yellow-orange flame over 50 feet long. Imagine standing 30 feet from this, feeling the vibration and heat. You wear both foam plugs and earmuffs. Your ears still ring afterward, because the sound is conducted through your body. The back half of the engine transforms from dull gray to bright orange, seemingly transparent. The flame has little three-dimensional diamond shaped shock patterns about every two feet. I lost count at 13. It is both frightening and beautiful, an amazing demonstration of perfectly controlled power. And to think – this was done with 1950s technology.”

The above text is part of an interesting article sent to use by The Aviationist’s reader Tim White about the Pratt & Whitney J-58 engines that powered the SR-71 Blackbird, that was published years ago on the P&W website to mark the last time one of such powerful engines was lit up at night at Edwards Air Force Base.

The test took place on Sept. 12, 2002 and it was also the opportunity for the P&W team to dispose the remaining stock of JP-7 jet fuel specially formulated for the Blackbird “to withstand both the very cold environment at 80,000 feet and the very hot environment of the engine nacelle.” 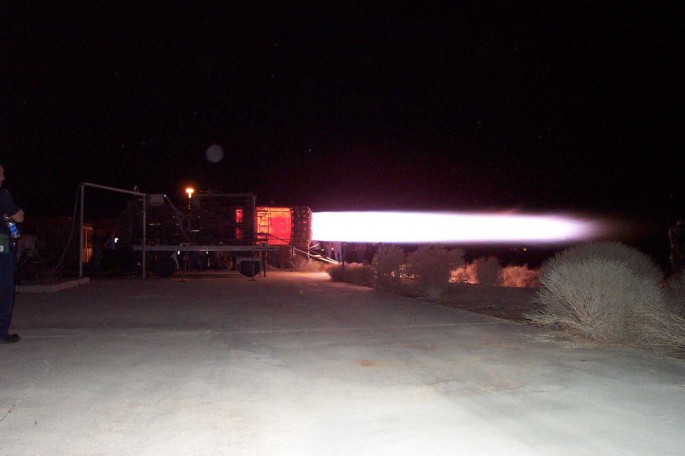 H/T to Tim White for the heads-up.

OTD in 1976, Viktor Belenko, “stole” a MiG-25 and landed in Japan. The then Lieutenant Belenko was a pilot with the 513th Fighter Regiment, 11th Air Army, based in Chuguyevka, Primorsky Krai, in the east […]

Check Out These Fascinating, Declassified Photos of The A-12 Oxcart RCS Tests Inside Area 51

Former Area 51 Special Projects Team Member Provides a Remarkable Insight Into Shadowy A-12 Oxcart Project. In another remarkable chapter in the history of the A-12 Oxcart (as well as the M-21/YF-12A/SR-71 family of Lockheed […]

SR-71 Blackbird Was So Fast It Outran Every Missile, MiG Fighter Jet Launched Against It

“The SR-71s taunted and toyed with the MiG-25s sent up to intercept them, scooting up to altitudes the Soviet planes could not reach, and circling leisurely above them or dashing off at speeds the Russians […]