“The SR-71s taunted and toyed with the MiG-25s sent up to intercept them, scooting up to altitudes the Soviet planes could not reach, and circling leisurely above them or dashing off at speeds the Russians could not match”.

Even if the development of the hypersonic strike aircraft dubbed SR-72 has been announced, its predecessor, the iconic Mach 3 SR-71 Blackbird, remains one of the fastest planes ever flown operationally.

When the U-2 reconnaissance aircraft was built, its designer Clarence L. “Kelly” Johnson already knew that it would have become vulnerable to enemy defenses. Therefore, to gather intelligence in the skies of foreign countries, in 1964 President Lyndon B. Johnson announced that the Lockheed Advance Development Projects, also known as the Skunk Works, built another strategic reconnaissance aircraft, so fast that no other airplane could reach it: the SR-71 Blackbird.

When the SR-71 entered the active service with the U.S. Air Force, its flight characteristics were incredible: it was able to fly at more than three and a half times the speed of sounds at 88,000 feet, over sixteen miles up. To give an idea of such altitude, the Blackbird took photos from three times the height of Everest and its pilots dressed full pressure suits like astronauts.

During its career, which ceased on Oct. 9 1999 with its last flight, no SR-71 was lost due to hostile actions. In fact, neither enemy fighters nor enemy surface to air missiles (SAM) were ever able to shoot down or damage an SR-71.

But the aircraft was never shot down also because it was hardly detected by enemy radars, being the first aircraft featuring stealth technology. Indeed, for the first time, a special paint was used for Blackbird’s wings, tail and fuselage: since it contained iron ferrites, this paint absorbed radar energy instead of returning it to the sender.

With an RCS (Radar Cross Section) of a small light aircraft, when the SR-71 was found on radar it was too late for a SAM computer to estimate its direction for a successful kill. The range and the bearing of the SR-71 was also denied to the enemy by jamming its devices with the use of the sophisticated electronic countermeasures (ECM) transported by the Blackbird. 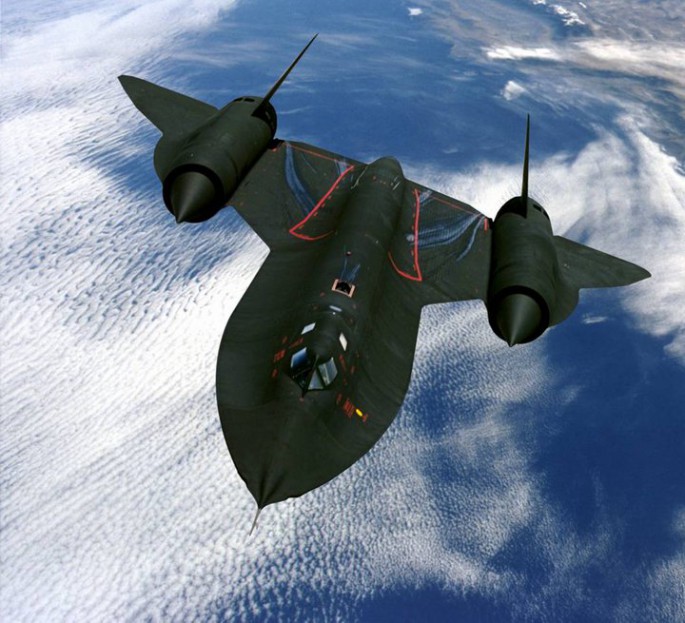 Not only did SAMs fail to catch the Blackbird, even the the fastest Soviet fighter jets lacked the necessary speed to reach the SR-71.

Soviet pilot Viktor Belenko, who defected to Japan in a MiG-25 on Dec. 6, 1976, confirmed it in its “MiG Pilot” book: “American reconnaissance planes, SR-71s, were prowling off the coast, staying outside Soviet airspace by photographing terrain hundreds of miles inland with side – angle cameras. They taunted and toyed with the MiG-25s sent up to intercept them, scooting up to altitudes the Soviet planes could not reach, and circling leisurely above them or dashing off at speeds the Russians could not match,” Belenko explained.

However, according to the MiG pilot, Russians tried to intercept and shoot down a Blackbrid, but they always failed this task: “[The Soviets] had a master plan to intercept an SR-71 by positioning a MiG-25 in front of it and one below it, and when the SR-71 passed they would fire missiles. But it never occurred. Soviet computers were very primitive, and there is no way that mission can be accomplished.”

“First of all, the SR-71 flies too high and too fast. The MiG-25 cannot reach it or catch it. Secondly…the missiles are useless above 27,000 meters [88,000 feet], and as you know, the SR-71 cruises much higher. But even if we could reach it, our missiles lack the velocity to overtake the SR-71 if they are fired in a tail chase. And if they are fired head-on, the guidance systems cannot adjust quickly enough to the high closing speed”. 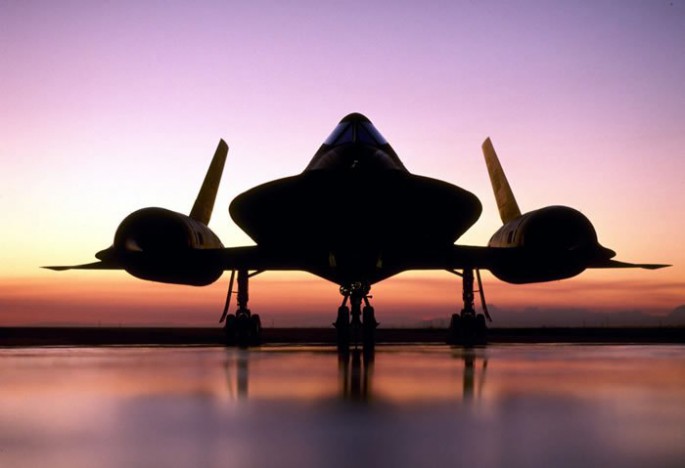 Moreover, as told by the former Blackbird pilot Col. Richard H. Graham in his book “SR-71 The Complete Illustrated History of THE BLACKBIRD The World’s Highest , Fastest Plane”, Belenko’s missiles would have not worked because “Most air- to-air missiles are optimized to maneuver in the thicker air below around 30,000 feet in order to shoot down an enemy plane. Firing at the SR-71, cruising at 75,000 feet, the air is so thin that any maneuvering capability of the missile is practically nonexistent.”

“Speed is the new stealth” is Lockheed Martin’s slogan. But has worked well for the last 60 years….

U.S. Air Force Credits AGCAS For Saving F-22s And Their Pilots From Crashing For The First Time

The AGCAS system took over to recover the aircraft during three different events in 2016, 2020 and 2021. In a story recently published on Popular Science, the U.S. Air Force Safety Center revealed, for the […]