Not many images showing the KH-22, a large, long-range cruise missile developed by the Soviet Union to target U.S. Navy aircraft carriers with a conventional or nuclear warhead, can be found on the Internet.

Those that you can find if you Google “KH-22” are mainly old ones, hence a recent clear air-to-air image showing a Tu-22M Backfire flying with a couple of missiles that are dubbed AS-4 “Kitchen” by NATO, deserve a mention.

The photograph in this post was uploaded on the Russianplanes.net portal by a user using the nickname “White” and shows the Tu-22 flying with two KH-22s (most probably upgraded to the KH-32 version, which features new seeker head and rocket motor), capable to reach a top speed of about Mach 5 and a range around 700 km.

One missile is clearly visible under the port wing, the other one is probably carried on the starboard underwing pylon. 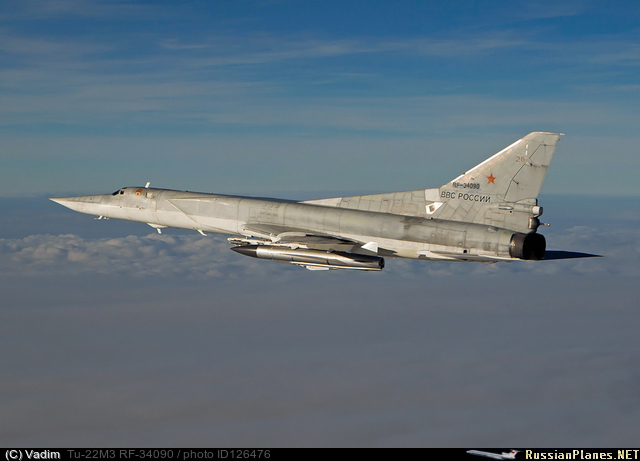 The five top stories of The Aviationist provide the readers the opportunity to virtually review what happened in 2017. Ordered by pageviews, the following 5 posts got the most reads and comments among the articles […]