Since Sept. 2, Royal Saudi Air Force Typhoons and Tornados are deployed to RAF Coningsby, in the UK, where they are training together with the Royal Air Force. 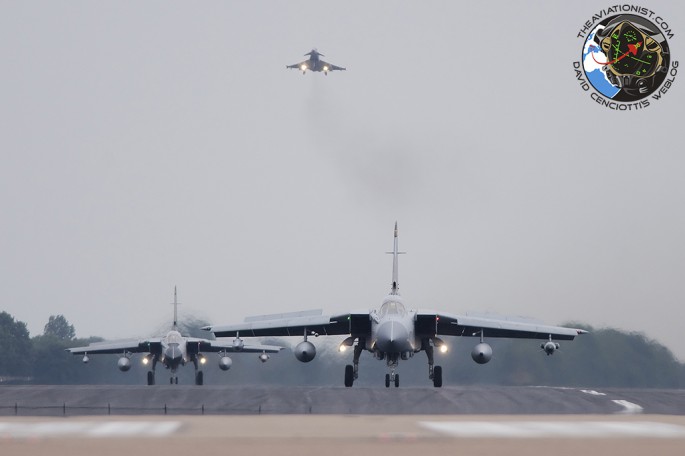 The four Typhoons belong to the 3 Sqn, whereas the Tonkas are from the 75 Sqn. Also deployed to Coningsby from Marham are six Tornado GR4s. 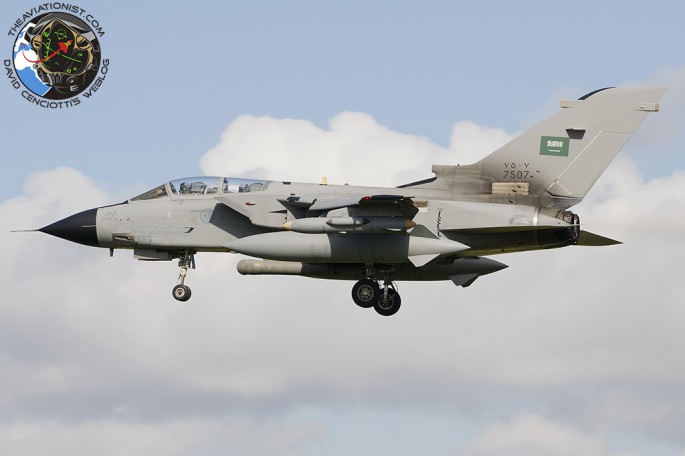 During the first two weeks, the Saudi aircraft took part in the Green Flag exercise that saw eight Tornados and eight Typhoons take off in pairs for two daily waves (one in the morning and the other one in the afternoon, both lasting on average about 2 hours). 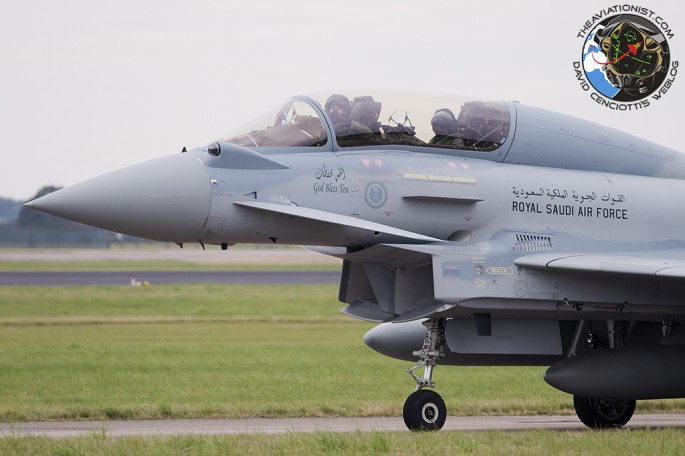 Noteworthy, each two-ship flight was made of a RAF and RSAF aircraft. 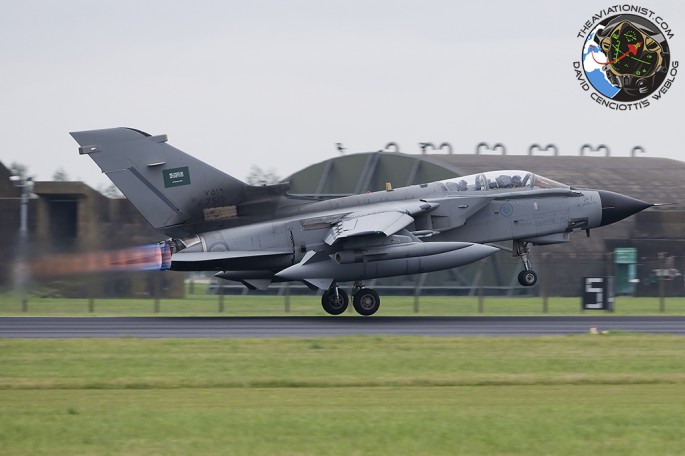 After attending the Green Flag, the Saudi Typhoons and Tornados remained in the UK to continue working with the British aircraft for two more weeks. 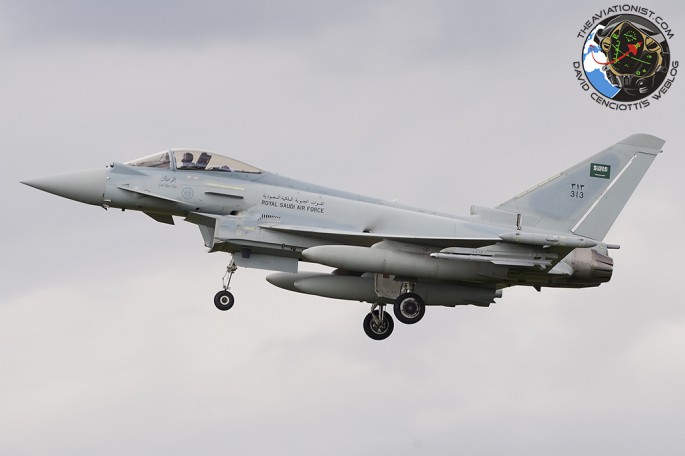 The images in this post were taken at RAF Coningsby by The Aviationist’s contributor Alessandro Fucito. 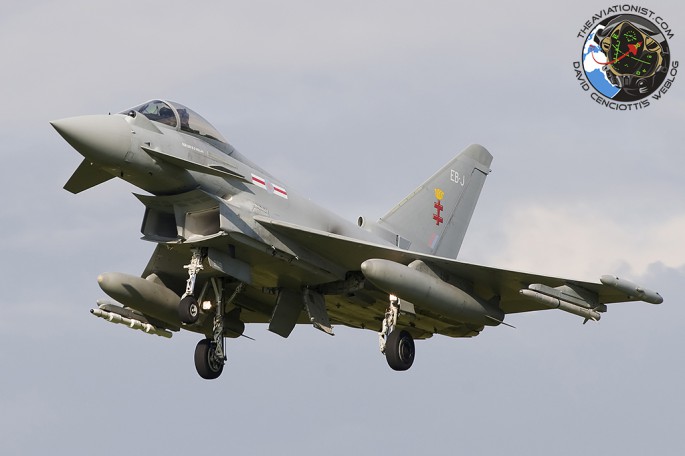