Several news agencies are quoting the Japanese Kyodo by saying that one of the Musudan missile launch vehicles has moved its missile into the firing position.

The North Korean authorities had moved several (launchers) to the country’s eastern coast which puts the medium range missiles with a range of 3,500km (2,180 miles) within striking range of several high profile targets including US bases on the islands of Guam.

The BM-25 Musudan which is also know by the names Taepodong X, Nodong/Rondong-B and Mirim is transported by an erector/launcher MAZ-574A/MAZ-7916 which is very similar to a Scud launcher.

It’s thought that the Musudan is not structurally sound enough to be transported whilst being fueled so the missile would need to be fueled once in its launch position.

The Musuadan uses a liquid propelant, the Unsymmetrical dimethylhydrazine, as fuel with inhibited red fuming nitric acid as an oxidizer. As this cocktail does not vaporise, then the missile can be fueled and kept in the launch position for days or even weeks.

So the missile being in this position does not necessarily mean an imminent launch is about to take place. In fact, it could be another attempt by the North Koreans to confuse foreign intelligence agencies and U.S. spyplanes, as done by moving missiles into and out of warehouses to make counting and accurate movement analysis harder.

All of this comes three days after Japanese authorities deployed several Patriot missile batteries around the Tokyo area and gave military forces orders to shoot down any North Korean missile that is likely to hit Japanese territory.

In the meanwhile, the U.S. floating Sea-based X-band Radar previously stationed at Pearl Harbour in Hawaii, is now in place to detect any possible missile launches by North Korea.  85 meters (280 feet) tall and mounted atop a platform similar to an oil rig, is supposed to detect missiles over a range of at least 2,000 kilometres. 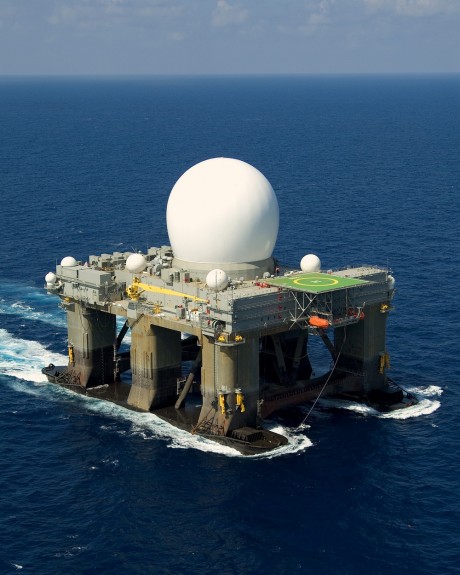 According to a report written by Reuters two Russian bombers briefly entered Japan’s air space near its major southern island of Kyushu on Thursday 22 August. The two Tu-95 spent no more than 2 minutes […]