Here is a cool, long (18 minutes) Red Flag 13-3 video depicting well the scale of such exercise. It shows several planes taking-off from Nellis Air Force Base in order to execute their missions within the Nevada ranges.

By the way, dealing with the spooky stealth bombers from Whiteman Air Force Base here below you can find an interesting image taken at Nellis by The Aviationist’s photographer Tony Lovelock.

The image shows a B-2 top side, quite a unique view of the plane banking on landing on runway 03R (as they normally come in long and level for about 20 miles). 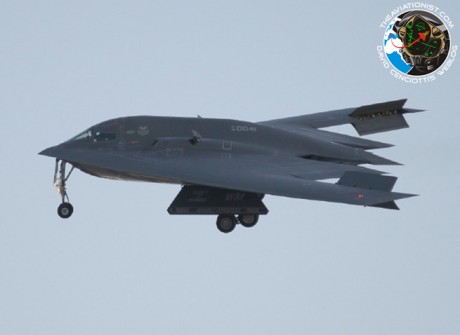