It looks like a bad translation was the cause of the news that Iran had captured another foreing drone during “Great Prophet 8” drills conducted in southern Iran on Feb. 23.

According to some media outlets, Gen. Hamid Sarkheili, a spokesman for the exercise, had said that Islamic Revolution Guards Corps units had hijacked an unmanned aircraft that was trying to enter Iranian airspace.

However, what Sarkheili had described was one of the scenarios of the wargames, which included electronic warfare aimed at taking control of enemy drone’s navigation system and forcing it to land; a hijacking as the one allegedly achieved to capture a CIA-operated stealth RQ-170 Sentinel drone in December 2011.

Therefore, the UAV (unmanned aerial vehicle) forced to land was, if any, an Iranian part playing the role of an enemy drone.

Here’s the original article, and below you can find the translation by Google Translator based on which the news of a new downing spread:

In December 2012, Tehran announced it had captured a ScanEagle UAV with minimal damage; whereas earlier this month it released footage allegedly stored inside the U.S. stealthy RQ-170 drone captured in December 2011. 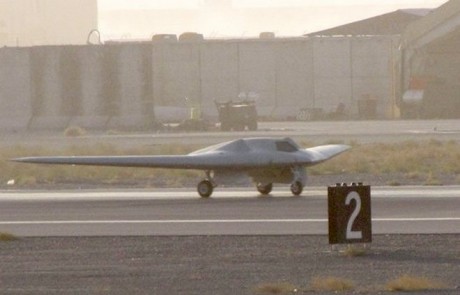