The following cool video shows the Mirage F1 jets of the Escadron de Reconnaissance 2/33 “Savoie” of the French Air Force from Mont-de-Marsan involved in their last air-to-air firing campaign from Solenzara airbase, in Corsica.

The FAF Mirage F1CR jets operating out of Bamako, Mali, have been involved since the beginning in Operation Serval, the French Air War in West Africa.

Whilst the French Air Force is currently using the plane as a reconnaissance and attack platform in the Mali Air War, the Spanish Air Force plans to decommission the Dassault Mirage F1 in 2013. 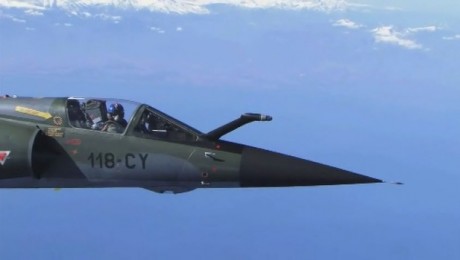 The French Air Force have conveyed a complex drill whose aim was to test the nuclear capability of the service, the French Ministry of Defence said. The exercise featured a Mirage 2000N jet carrying ASMP-A […]

The following video will bring you aboard French Air Force Mirage 2000Ns on missions conducted over France and UK, during a recent Exercise Joint Warrior when the French aircraft flew with RAF Eurofighter Typhoons. Mirage […]