Early in the morning of Feb. 08, the French special forces parachuted into Tessalit, located about 30 miles from the Algerian border, in northern Mali.

Tessalit represents the northernmost location reached so far by the French troops involved in Operation Serval, particularly important for future operations against rebels positions in the Adrar region. 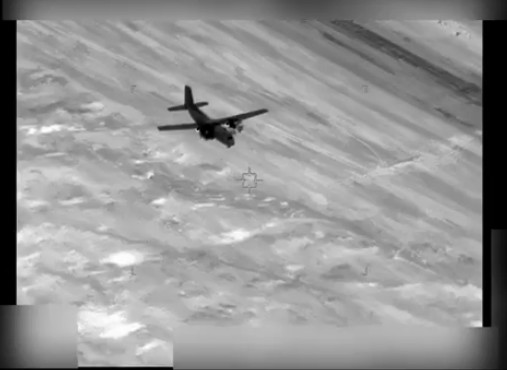 The paratroopers seized the runway for the arrival of a C-160 Transall airlifter that carried special forces: 50 military of the 1er PCR (Régiment de Chasseurs Parachutistes – Parachute Chasseur Regiment) secured the airport and launched the first patrols to ensure control of the city.

The first contingent was later strenghtened by an armoured convoy of the 1er RIMA (Régiment d’Infanterie de Marine  – 1st Marine Infantry Regiment) that travelled for 500 kilometers to join the first elements in Tessalit.

The operation, supported by combat choppers and jets, was once again filmed by a Harfang drone involved in an ISR (Intelligence Surveillance Reconnaissance) mission.

The following cool video shows the Mirage F1 jets of the Escadron de Reconnaissance 2/33 “Savoie” of the French Air Force from Mont-de-Marsan involved in their last air-to-air firing campaign from Solenzara airbase, in Corsica. […]

Although it’s in French language, the following video released by the French MoD is quite interesting as it shows the FAF C-135FR refueling ops from N’Djamena, Chad. The French tanker are quite similar to the […]