NATO has agreed to deploy Patriot missiles on the Turkish – Syrian border to protect Turkey from cross border attacks from the Syrian side.

January 4 saw U.S forces start to arrive at Incirlik airbase, Turkey, with two of the planned six Patriot batteries along with 400 personnel.

According to the press release the U.S forces arrived by air and it will take several days for all of the personnel to be in place. The troops have come from the US Army’s 3rd Battalion, 2nd Air Defense Artillery Regiment, based at Fort Sill in Oklahoma.

The other four batteries are to be supplied by Germany and the Netherlands with two batteries apiece. These Patriots should arrive in Turkey by ship and all batteries should be in place and ready to go by the end of January.

It will take a week or so to find suitable sites to place the missile systems and also a proper set of Rules of Engagement (RoE) still has to be agreed upon. 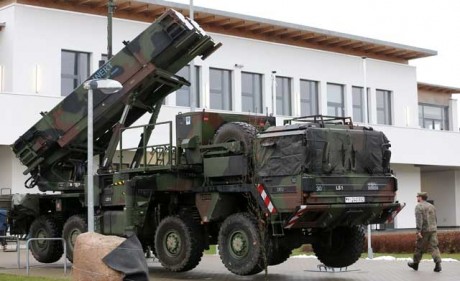 The Dutch ministry of defence confirmed that the missile systems had left the Dutch port of Eemshaven and are expected to arrive in Turkey on Jan. 22.

Thirty Dutch and 20 German troops will leave from Eindhoven Air Base on Jan 8. to prepare the sites for the missiles