Kuwait News Agency (KUNA) has been among the first meadia oultets to report that the South Korean Navy has recovered debris from the recent North Korean rocket launch thought to be the remains of the stage one engine.

A KUNA’s source said: “We recovered an object believed to be engine debris of the North Korea’s Long-Range rocket on Thursday night [December 27] from the bottom of the sea 160 kilometres off the western port city of Gunsan.” the source went on to add “It appears to have been damaged a lot from the shock at the time of the crash.”

It is thought that the engine comes from the stage one of the rocket which fell into the Yellow Sea, whilst stage two fell into the sea near the Philippines.

It is thought that the first stage of the three stage rocket was powered by four Rodong missile engines strapped together, whilst the second stage was probably powered by a Scud missile engine. 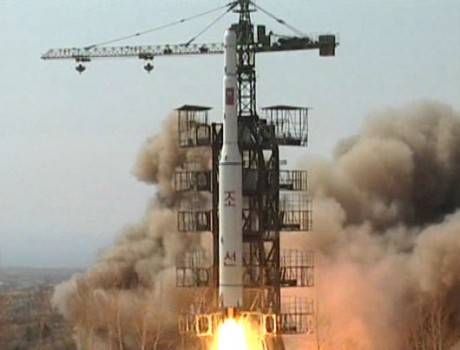 According to another article written by the New York Times other fragments of the rocket were also found only a couple of days after the Dec. 12. launch, one of which was the rocket’s oxidizer tank. The New York Times quoted a senior military source as saying that the design of the oxidizer tank provided a “Iran connection” to North Korea’s rocket program although no further details were provided as to why this is thought.

It is hoped that the latest discovery will provide other clues to the construction of the rocket.

Although they have already begun celebrating it in the past few days, North Koreans consider April 15,  birthday of Kim’s grandfather, Kim Il Sung, the most important of national holidays. This year, no military parade […]