Pictures of the wreckage of a U.S. Air Force MQ-1 Predator drone shot down in Turkey were released by the Kurdish Firat News Agency on Sept. 19.

The spy robot was shot down by the Kurd rebels on Sept. 18, during an operation against the rebel bastion of Uludere, in the Hakkari prefecture.

According to Turkish and Greek media outlets, the drone was part of a force of four U.S. Air Force Predator UAV (unmanned aerial vehicles) deployed to Incirlik airbase, in southern Turkey (one of the airports used to launch drone surveillance missions over Syria).

Their primary mission from Incirlik is  the surveillance of the Kurdish rebels along the borders between Turkey and Iraq, not far from Iran: images are collected and transmitted to the Turkish General Staff to help Ankara monitoring the movements of militants from the outlawed Kurdistan Workers Party (PKK).

In fact, the U.S. is cooperating with Turkey in its efforts to combat the PKK by extending Predator flights over northern Iraq, to spy on PKK bases. Ankara insists U.S. Predators should support anti-PKK operations 24 hours a day, a request Washington could be unable to satisfy considered the effort required by America’s drone war across the world.

Someone managed to film the crash site and uploaded a video to Youtube.

Although few parts of the downed drone have survived the crash, a “General Atomics” label, a chunk of the Rotax 914 four cylinder, four-stroke, 101 HP engine (and a quite intact sensor camera array) can be clearly identified, thus confirming that the one downed by the PKK (or autnomously crashed) is really a Predator, the most famous American unmanned platform. 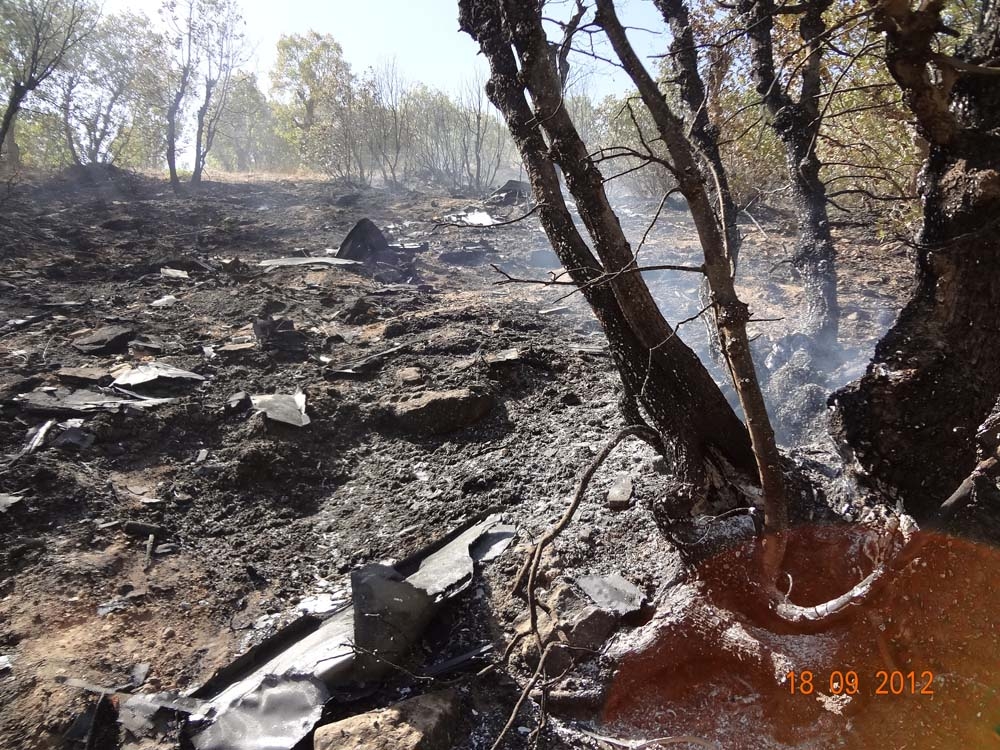 Here Are The First Photos Of The U.S. Air Force F-16C And F-15C Jets And KC-135 Tankers Returning To Aviano After Tonight’s Mission

U.S. Air Force jets provided cover to both the bombers and the warships involved in the first wave of air strikes on Syria. Here are some interesting shots of the aircraft returning home after their […]

Air Force Staff Sgt. Cole Condiff Lost After Parachute Deployed, Landed in Ocean. The U.S. Air Force has identified the airman lost at sea during a training exercise over the Gulf of Mexico off the […]