Taken by Giampaolo Mallei at Decimomannu airbase, in Sardinia, Italy, on Jun.25, the following images show the M-346 csx55152 flying with an (inert) AIM-9L Sidewinder on the wingtip pylon, a configuration rarely seen so far (it was spotted with a similar load only in February 2012 during tests conducted at Alenia Aermacchi factory, in Venegono).

Hence, after the first air-to-ground weapon delivery tests the “Master” is currently deployed to Decimomannu to validate the air-to-air configuration. 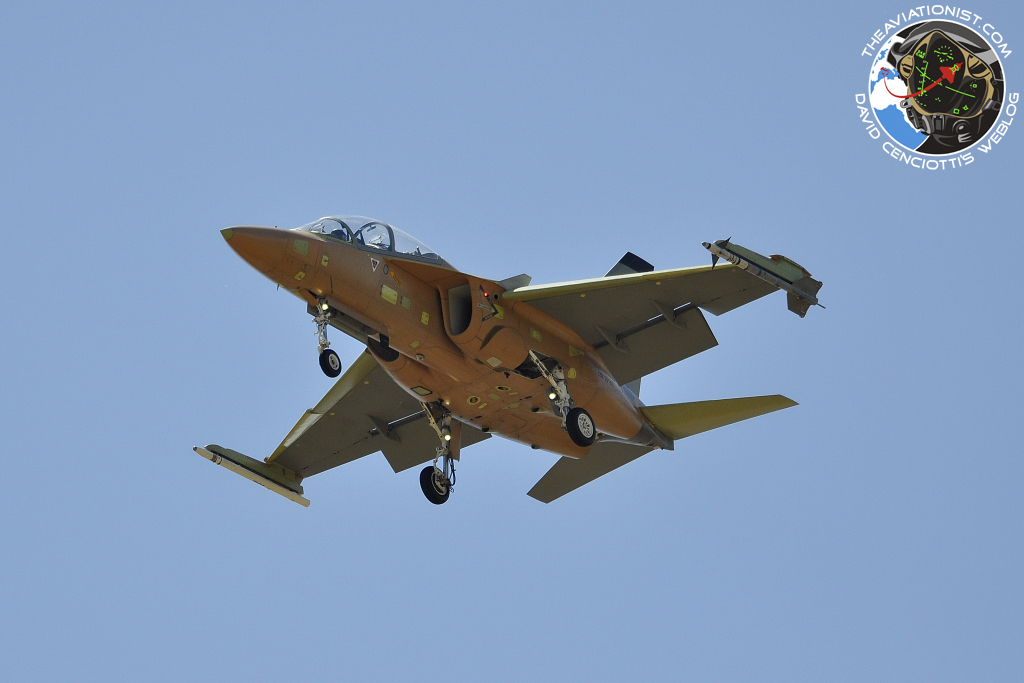 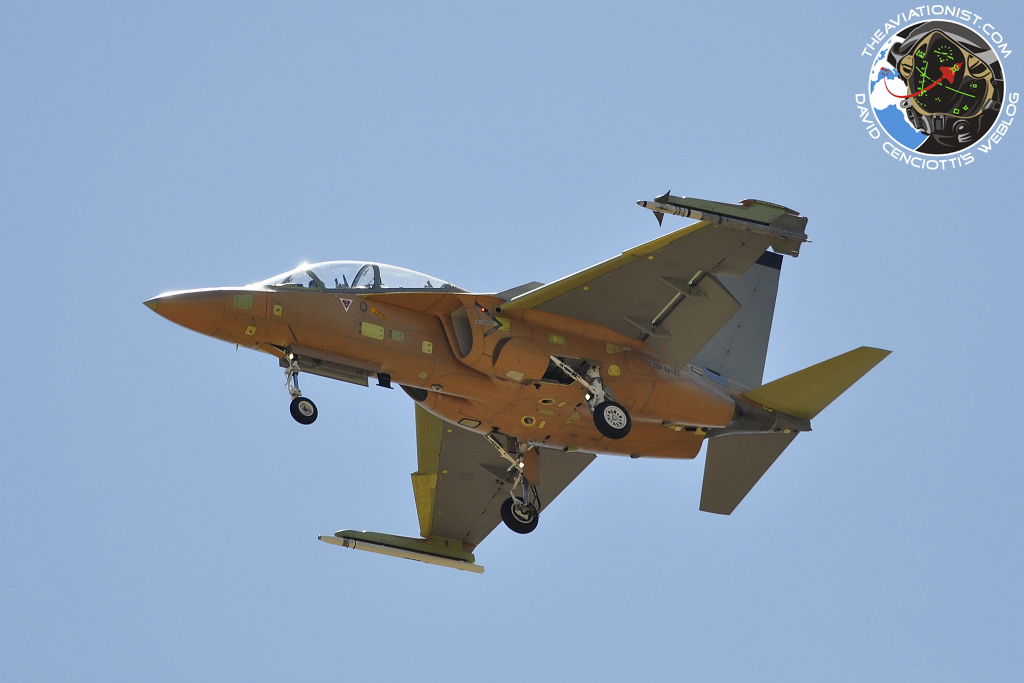 The image below was taken by Giovanni Giuseppe Gioi a few days earlier. Although the plane does not carry any ordnance, the photograph is particularlyinteresting as it shows the patchworked “color scheme” of the jet, still waiting to get a real paint job. 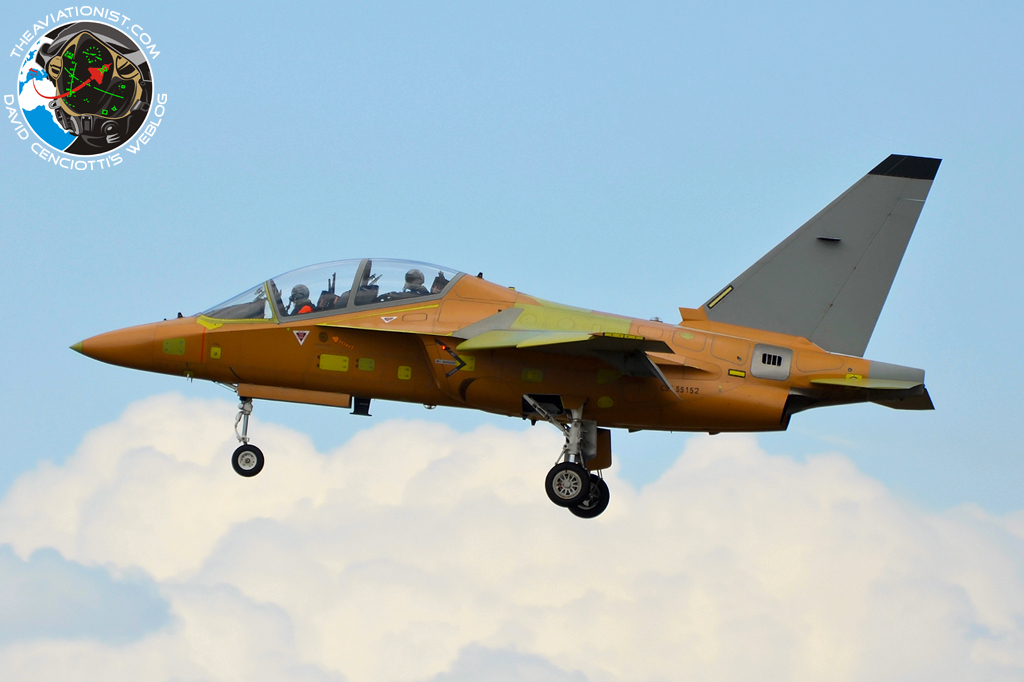 The M-346 advanced combat trainer was selected by the Israeli Air Force, by the Republic of Singapore Air Force as well as the Italian Air Force.

Farnborough 2012: A flight with the Alenia Aermacchi M-346 simulator. Including a taste of the Master’s Helmet Mounted Display

Among the most interesting things you might happen to do at Farnborough International Airshow, there’s a ride in a combat plane simulator. During the Day 2 of FIA12 (#FIA12 or #FARN12 for the Tweeps), I […]

With the traditional airbases in Southern Europe filled with drones, special operation aircraft and support planes possibly deployed to the Mediterranean sea in anticipation of a strike in Libya or Northern Mali, U.S. planes going […]