On Dec. 21, 2010, the first  Alenia Aermacchi M-346 advanced trainer from the first batch of six aircraft for the Italian Air Force rolled out at Alenia’s factory at Venegono Superiore, during a ceremony attended by both company executives and representatives of the Aeronautical Militare (Italian Air Force, ItAF) and local authorities. Another M-346 was inside the hangar but did not roll out. Within a few months the first two T-346A (as the M-346 is designated by the ItAF) will be taken on charge by the Reparto Sperimentale Volo (Experimental Flying Wing) at Pratica di Mare airbase, where they will undergo operational evaluation testing. During 2011 the ItAF is due to receive the other four aircraft, becoming the first air force equipped with the most advanced trainer available today to train military pilots destined to fly the latest 4th and 5th generation fighters. Along with the Aeronautica Militare, also the Republic of Singapore Air Force has ordered 12 M-346. 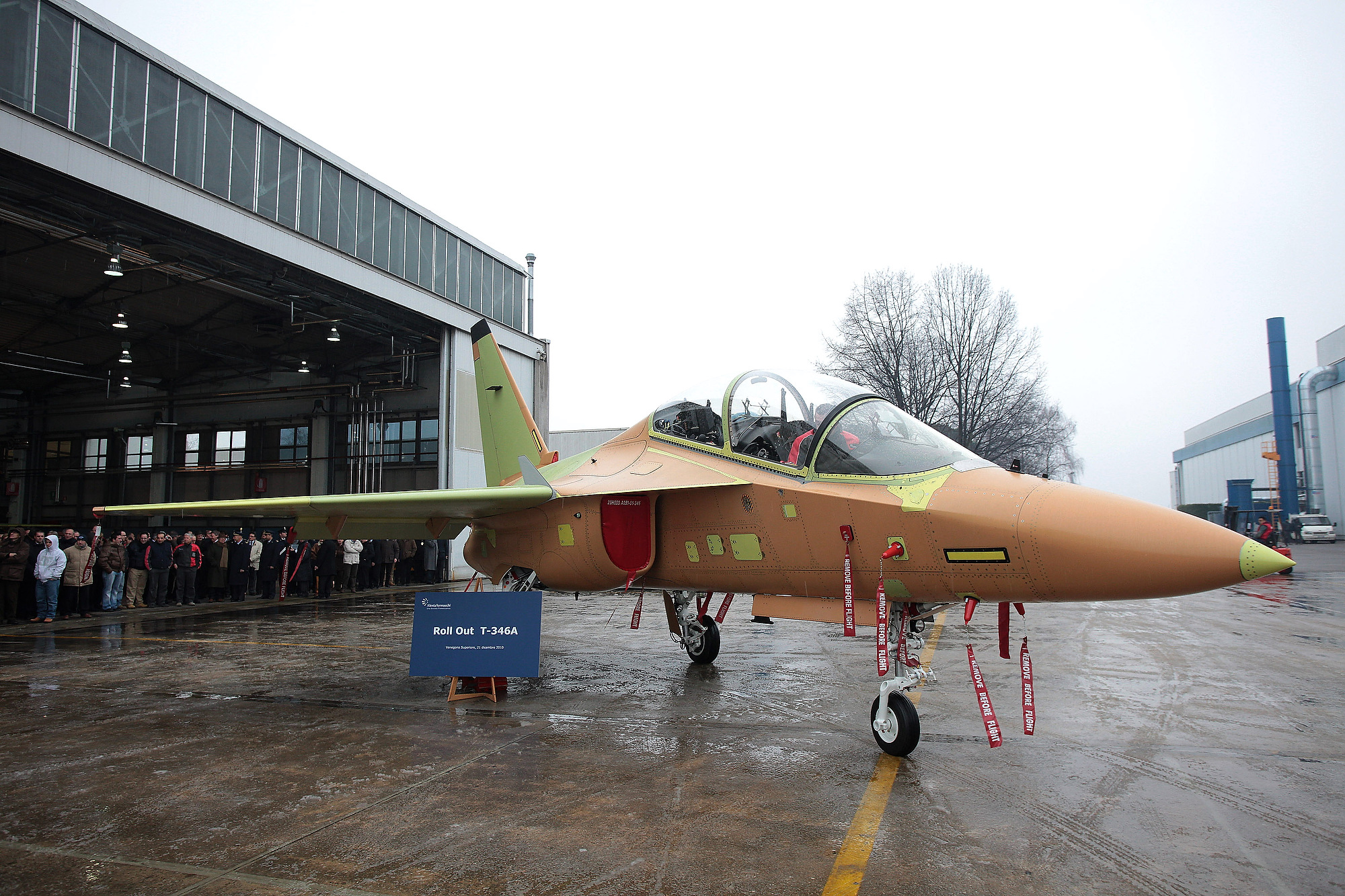 Even though the “Master” will be delivered to the 61° Stormo (currently flying the MB.339A for the basic training and the MB.339CD for the advanced one), that is the ItAF training Wing, many have fantasized of the aircraft wearing the Frecce Tricolori livery. The aircraft with which the 313° Gruppo Addestramento Acrobatico (Aerobatic Training Squadron) “Frecce Tricolori” is currently equipped is the PAN version of the Alenia Aermacchi MB339A. The aircraft, that unlike the A model, fly with no tip tanks, differ from the standard model by the presence of the coloured smokes generation system: this device is controlled by two buttons, one on the stick, for white smoke, and one on the throttle, for coloured smoke. This type of aircraft equips the display team since 1982. Hence it is quite obsolete and, sooner or later, the Aeronautica will be compelled to replace it. However, a certain experience on the type must be gained from the operative squadrons before the aircraft can be used by the Frecce and, above all, the M-346 must be purchased in enough quantity to decide to divert 10 – 12 examples from the 61° to the team. Consequently, the only “new” aircraft that we will see at Rivolto airbase, home of the Frecce Tricolori, in the near future is the ItAF MB.339s with grey livery, on loan from the 61° Stormo, used for the training of the “Al Fursan”, the UAE air force display team. In fact, since 2009, eight fighter pilots from the UAE have been training with the Frecce pilots, with the aim to achieve the team’s operational status in 2011 with a similar version of the aircraft, known as MB.339 NAT (National Aerobatic Team). The Al Fursan team is expected to fly displays with seven aircraft, including one solo. The advanced course being held by the Italian pilots to the UAE colleagues should be completed in January, when the Al Fursan will continue its training at home. In the meanwhile, Alenia Aermacchi has been completing the upgrade of the UAE Air Force six legacy MB-339As and four A explamples, formerly belonging to the ItAF, that will carry the team’s black and gold colour scheme. The following picture was taken by Simone Bovi at Venegono in late November 2010. 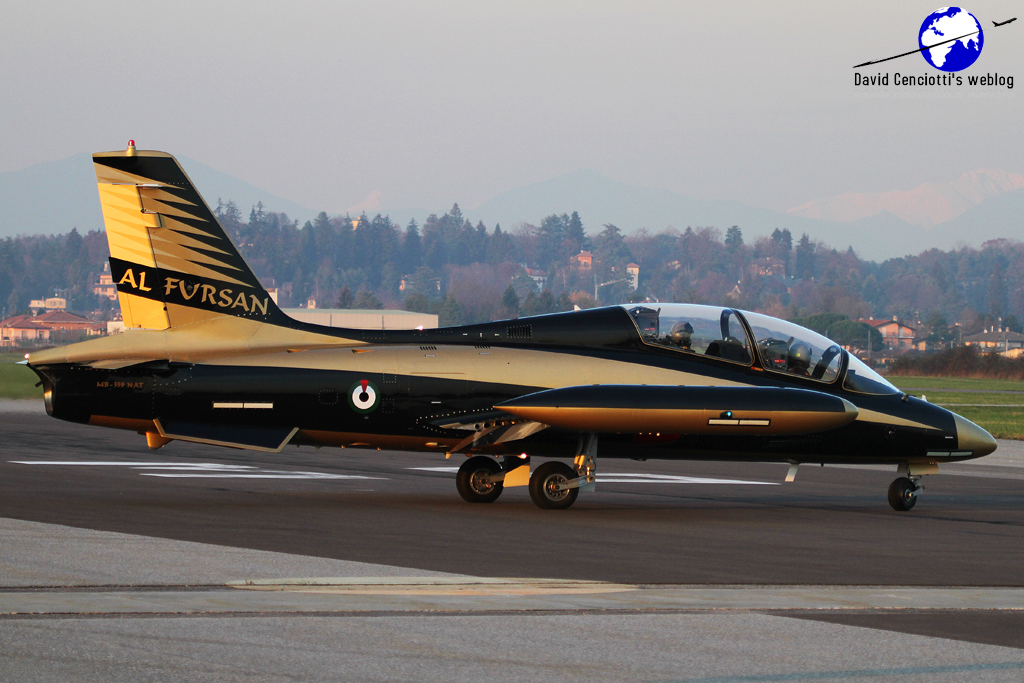 The following pictures were taken by Giancarlo Ventura at Malpensa airport and depict the De Havilland DH-100 “Vampire” a recent addition to the collection of “Volandia”, the museum located at Vizzola Ticino, next to the […]