If you click on the image below, you will be able to read the entire 12/2010 issue of Airplanes with articles dealing with the Frecce Tricolori’s 50th Anniversary airshow in Rivolto, the Ex. Vega 2010 in Decimomannu and much more! The magazine is in Italian language only, but foreign visitors can enjoy the pictures. 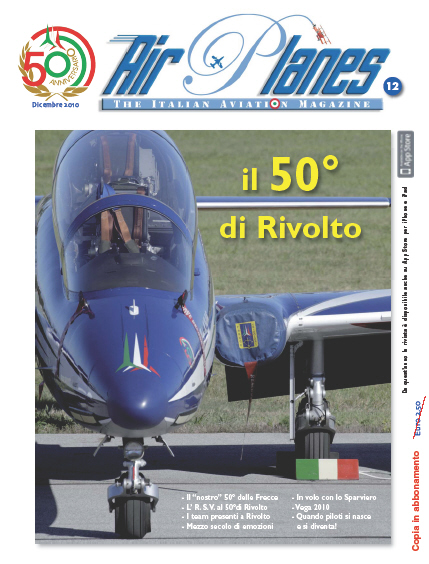