The Associated Press has recently published the first detailed description of the once classified military’s review process for choosing terror leaders to be added to the capture or kill list.

Two current and three former officials U.S. officials spoke on condition of anonymity to the AP and described the current targeting procedure, developed by the Assistant to the President of the U.S. for Homeland Security John Brennan, that concentrates power over the use of both drones and special forces outside war zones, withinin a small White House’s team.

According to the U.S. officials, the Pentagon’s role in targeting process has been minimized: it can still carry out its own procedures to make recommendations to the Secretary of Defense, but the Brennan’s team would be in charge of approving the final recommendation to Obama.

Previously, targets were reviewed within a military-run procedure that saw Brennan as just one of the voices in the debate. Under the new plan, Brennan’s staff leads the debate on which targets must be put on the list and runs the names past agencies such as the State Department at a weekly White House meeting.

Since Brennan is still the one to approve the final recommendation to President Barack Obama, there’s a widespread concern that bringing more power to his team could turn it into a sort of military headquarters, entrusting the fate of terrorist targets all around the world to a small number of senior officials.

Several human rights groups have requested the White House to make public the process by which individuals end up on the targeting lists and the revelation by the officials who have spoken to the AP could help showing the American public that terrorist targets are chosen only after painstaking and exhaustive debate.

This could be particularly useful in an election year, when drone strikes across the globe can be a quite sensitive debating point. 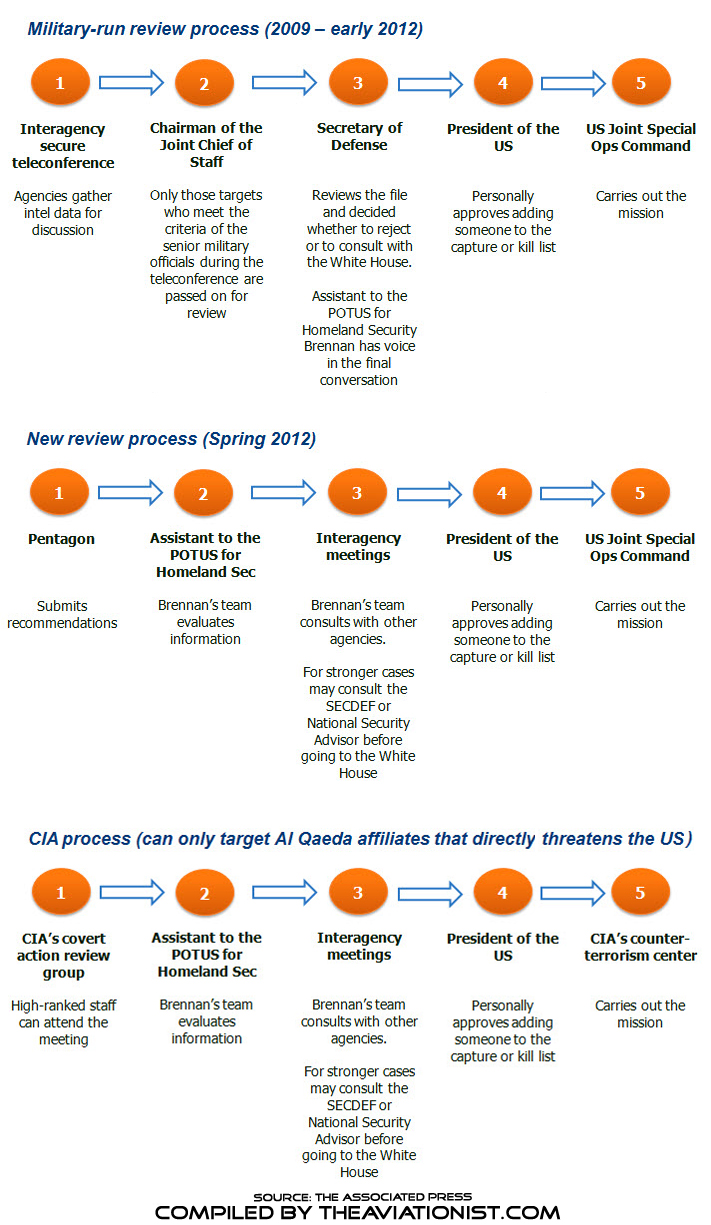 Air Force One for sale!

Unfortunately, the title does not refer to the famous highly modified Boeing 747s (designated VC-25 by the U.S. Air Force) that is used by President Obama as these planes have undergone many upgrades, and will […]