RAF Tornado GR4s from 617 “The Dambusters” Squadron, belonging to the 904 Expeditionary Air Wing at Kandahar, have helped to defend US and Afghan forces from an insurgent attack in Helmand province, as part of a marathon mission lasting over seven hours.

Two of the RAF Lossiemouth-based “Tonkas”, had already spent 3 hours providing armed overwatch for British and American troops when the emergency call came in. The bombers, flying a CAS (Close Air Support) mission, were requested to fly 300 nautical miles north west, near the Turkmenistan border to provide support to a joint United States and Afghan National Security Forces patrol  under repeated small arms fire (a condition known as TIC – Troops in Contact).

The British bombers conducted a typical high speed – low altitude passage over the insurgents: a show of force at 100 feet and 500 knots  that persuaded the Taliban to retire to the cover allowing the ground patrol to withdraw to safety. 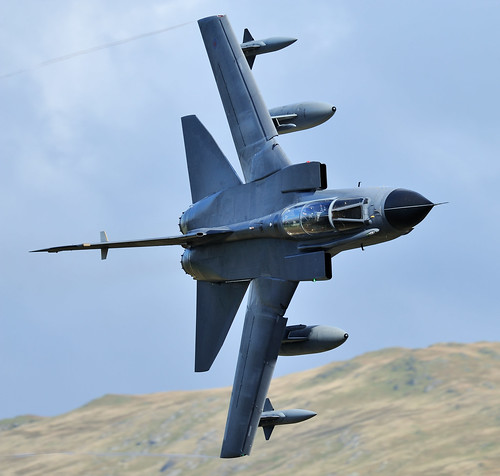 The 617 Squadron Tornados were airborne for three hours prior to the call for assistance and the entire marathon seven-hour 45-minute flight required four aerial refuelings worth 20,000 litres of fuel each.

According to the UK’s MoD, in the same week, the squadron also conducted one “show of presence” (a higher-level flypast designed to indicate the presence of a supporting combat plane) and four lower-level shows of force.

617 Sqn’s crews are currently flying in Afghanistan with the  new Helmet Mounted Cueing System (HMCS), a system that projects symbology on the helmet’s visor so the pilot can read the flight parameters and other information of interest, regardless where he is looking. 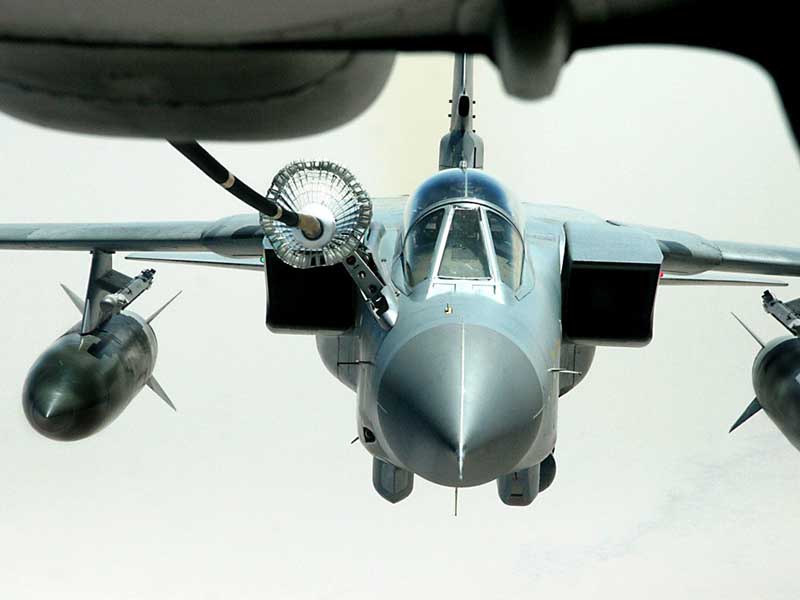 British Sentinel R1 Intercepted by Russian Su-30SM over the Black Sea while U.S. B-1s Were in the Same Area Last Week

A video emerged showing the Flankers keeping a safe distance from the ISR aircraft A short video surfaced online on May 29, 2020 showing a Royal Air Force Sentinel R1 intercepted by two Russian Su-30SM […]