Reportedly taken on Apr. 10, and brought to my attention by some of my Twitter followers, the following image shows what’s in my opionion a U.S. EP-3E flying at high altitude over Libya. 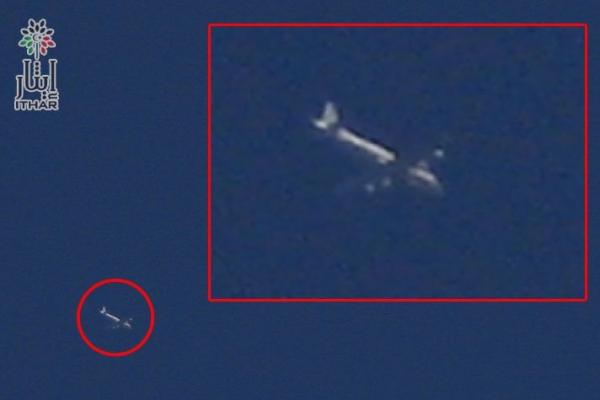 People who saw the image thought the aircraft was a drone. However, it seems quite clear to me that it is an EP-3E ARIES II, a highly modified version of the P-3C that became famous on Apr. 1, 2001 when one such planes and its crew were detained for 11 days  following a collision with a Chinese J-8IIM fighter (that crashed causing the death of the pilot) and the subsequent emergency landing at Ligshui airbase, in Hainan island. 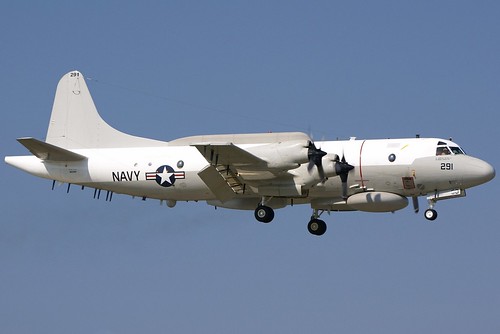 What the intelligence-gathering plane was doing in the Libyan airspace is hard to say. The most obvious hypothesis is that the plane was monitoring activities on the eastern Libyan city, where new extremist forces have taken root and car bombs, assassinations and looting have been reported quite often.

The U.S. Navy spyplane could also be involved in operations aimed at detecting and tracking smuggled weapons travelling towards Egypt: according to a recent Washington Post article, Egyptian officials have already intercepted several surface-to-air missiles, most of them shoulder-launched, on the road to Sinai and in the smuggling tunnels connecting Egypt to the Gaza Strip.

There is also a last, less intriguing and less likely, theory: the picture was taken with a powerful zoom as the aircraft was quietly transiting many miles off the Libyan coast, during a ferry flight or routine mission out of Souda Bay or Sigonella, where EP-3Es are regularly deployed.