The following photo dated Apr 10, and distributed by Georgian President Press Service on Apr. 11, 2012, shows Georgian President Mikhail Saakashvili, right, and his 5-year old son Nikoloz at an undisclosed location near Tbilisi, Georgia, during preparations for a test flight of the Georgian-made unmanned drone. 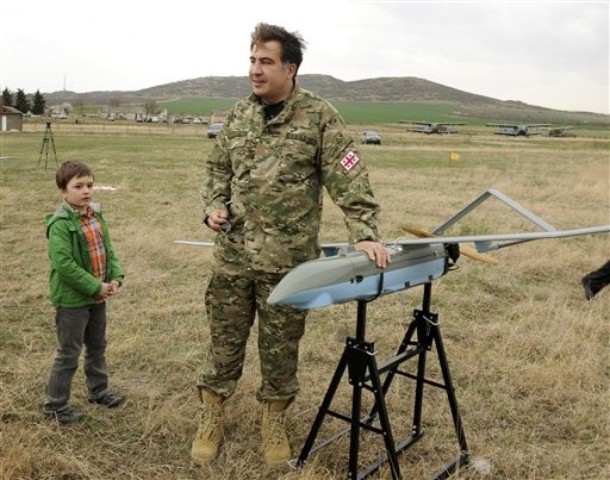 In 2008, an Israeli-Made Hermes 450 Georgian UAV (Unmanned Aerial Vehicle) was shot down by a Russian Mig-29 was shot down over the breakaway Georgian region of Abkhazia as this quite famous video shows.

On a side note: PressTV is currently reporting that Taliban claim responsibility for downing US spy drone in Afghanistan. Will keep you updated.

The U.S. Army’s First Ever Manned ISR ARTEMIS Jet Has Carried Out Missions Over Georgia And Abkhazia

After Flying Multiple Missions From Kadena Air Base, Japan, the experimental ARTEMIS (Airborne Reconnaissance and Targeting Multi-Mission Intelligence System) Deployed to the Black Sea Region. The ARTEMIS, is the U.S. Army’s first ever Manned Aerial […]