Until Jul. 29, 2011, only two types of PSYchological OPerationS (PSYOPS) had been reported from Libya.

The first, is the typical, world famous message broadcasting performed by the USAF EC-130J (00-1934/STEEL74) of the 193 SOS, operating out of Sigonella, in Italy, inviting sailors and naval officers of a Libyan ship to leave the vessel and return to their families. Broadcasted in HF frequencies, these messages were often intercepted by radio ham from all around the world and published almost everywhere, from Audioboo to Youtube.

The second, is the message written on leaflets like those dropped on May 17, 2011, by an Italian Air Force C-130J over Tripoli  to counter Gaddafi’s regime propaganda in Libya’s capital city.

The new one was unveiled by the Associated Press that on Jul. 29 published an article titled “Canada joins propaganda war aimed at Gadhafi forces”. First of all, the article discloses that the Canadian CP-140 Aurora, a multi-purpose plane mostly used as an anti-submarine warfare platform and to search out illegal fishing, immigration, smuggling, drug trafficking and polluting along the coastline, has been employed, in combat, to perform PSYOPS.

Second, it explains that the Libyans have apparently replying to the broadcasts and there has been at least a sort of “conversation” between the broadcaster and the listener.

Here’s an excerpt of the article:

The Canadian broadcasts are relatively benign in comparison to some of the harsher messages NATO has aimed at Gadhafi’s troops, in which women’s voices are telling them to stop “killing the children.”

The Canadian messages, in English, are read hourly during patrols along the Libyan coast over AM/FM frequencies that Libyans usually monitor.

“For your safety return to your family and your home,” says the message, which can be heard over unencrypted frequencies the military uses to broadcast basic information.

On at least one occasion last week, an Arabic sounding voice challenged the broadcasts.

“Who are you talking to?” the voice asked.

“Anyone who will listen,” replied the other voice who had read the message.

Gadhafi’s regime has tried to jam the transmissions.

The above “transcript” suggests that, unlike the US EC-130J, that were broadcasting some “rude” recorded messages (“we will destroy you”), the Canadian Auroras have started live transmissions with more “gentle” messages that may prompt some kind of interaction between the listener and the broadcaster, that could have some good results.

Should the US reconsider their persuasion techniques? 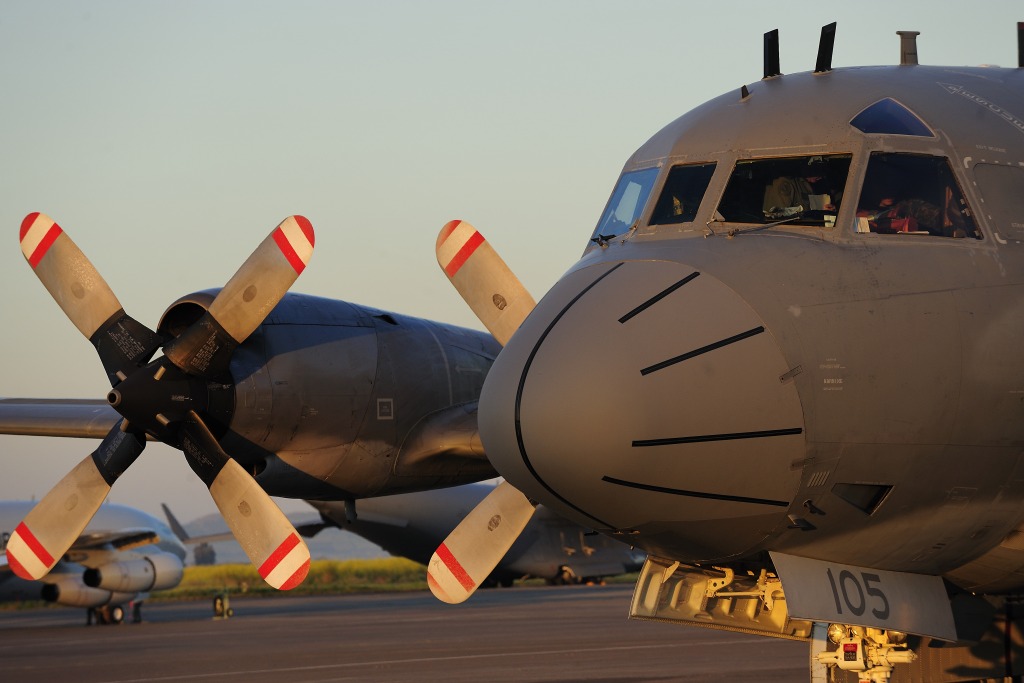 We have flown one of the world’s most advanced jet trainers: the M-346 of the Italian Air Force

Chosen by Italy, Israel, Poland and Singapore to prepare their pilots to the 4th and 5th Gen. fighter jets, the Alenia Aermacchi M-346 “Master” is considered one the world’s most advanced jet trainers. The never-ending […]