In the last few days I have often had the opportunity to talk with journalists, spotters and enthusiasts about the Libyan uprising that was also the subject of an interview I gave to Pieter Johnson for the Across The Pond segment of the Episode 139 of Airplane Geeks (click here to listen to the podcast).

Among the most debated topics there was the AWACS presence at the southern borders of the Malta FIR: NATO, French, British and US E-3 AWACS constantly monitoring the Libyan airspace. The presence of such a large deployment of AEW (Airborne Early Warning) platforms in the area and the fact that at least one E-3 (usually 2) has been flying day and night to ensure the surveillance of the airspace on a H24 basis raised some questions, the most of common of which was: “why are there so many AWACS up if no No-Fly Zone has been enforced yet (hence no fighter has to be controlled)?”

The answer is more or less the same I gave in a previous post titled “Why Libyan Air Force aircraft pose a risk to Italy“: in these days there are many SIGINT aircraft operating at the border between the Maltese and Libyan airspace to assess the inventory of both the LARAF (Libyan Arab Republic Air Force) and of the recently born rebel’s FLAF (Free Libya Air Force). US EC-130Hs Compass Call and EC-130J Commando Solo, EP-3s, RC-135 Rivet Joint, C-160G, British Nimrods R1 (whose operative life was extended as a consequence of the Libyan crisis) that have been eavesdropping into Libyan Communications and Signals to have an in-depth understanding of the situation in Libya, to know where forces are located and to build up the an Electronic Order of Battle as well as a priority target list.

Most of these information gathering platforms are turboprop that could not easily escape to fast jets sent to intercept them. Even if it is extremely unlikely, the possibility of a LARAF or FLAF (Free Libya Air Force) fighter, either intentionally or in the act defecting, getting dangerously close to one of these aircraft, in such a hot and fast changing scenario, can’t be completely ruled out. That’s why so many flyng hours were already spent by AWACS to monitor the Libyan airspace even if a NFZ was not established yet.

On Mar. 17, Gaddafi said that any foreign military intervention in Libya will expose all air and maritime traffic in the Mediterranean Sea to danger and civilian and military (facilities) will become targets of Libya’s counter-attack in the short-term and also in the long-term.

I think that the risk of LARAF fighters harassing both military traffic (evacuating nationals from Libya or monitoring the situation) and civil airlines crossing the Tripoli FIR or connecting the Libyan airports with the rest of the world, was what was scaring NATO, France and EU when they decided, well before the NFZ was voted, to keep a constant watch on Libyan airspace. 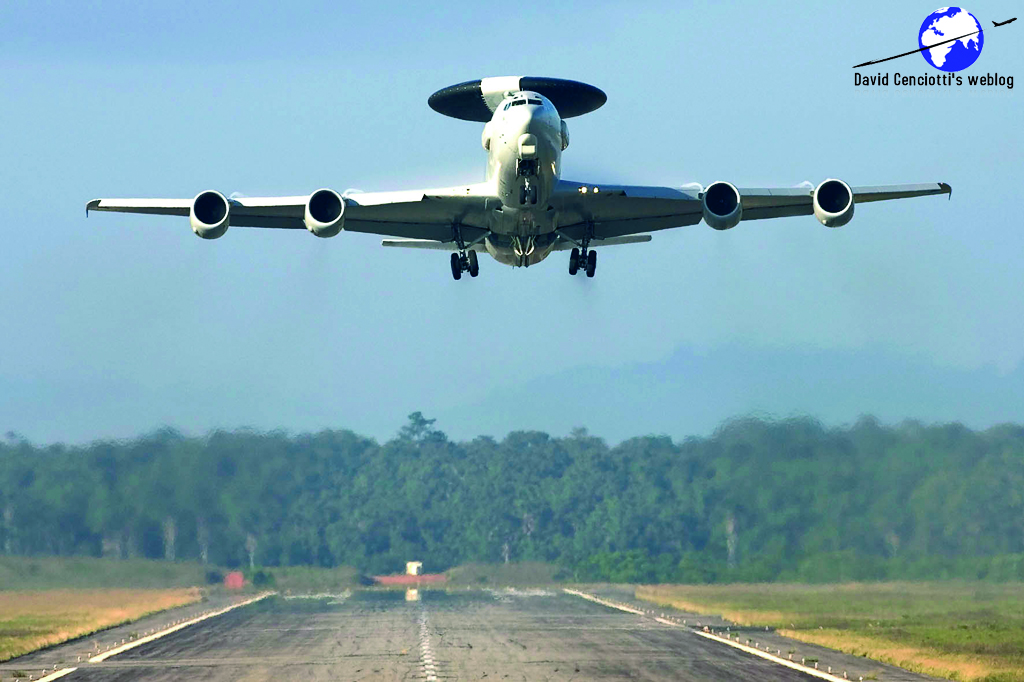 Moscow has deployed several assets to the Baltics to conduct exercise alongside NATO Saber Strike. Last week, the U.S. Air Force deployed three B-52 strategic bombers to RAF Fairford, in the UK, to attend Saber […]